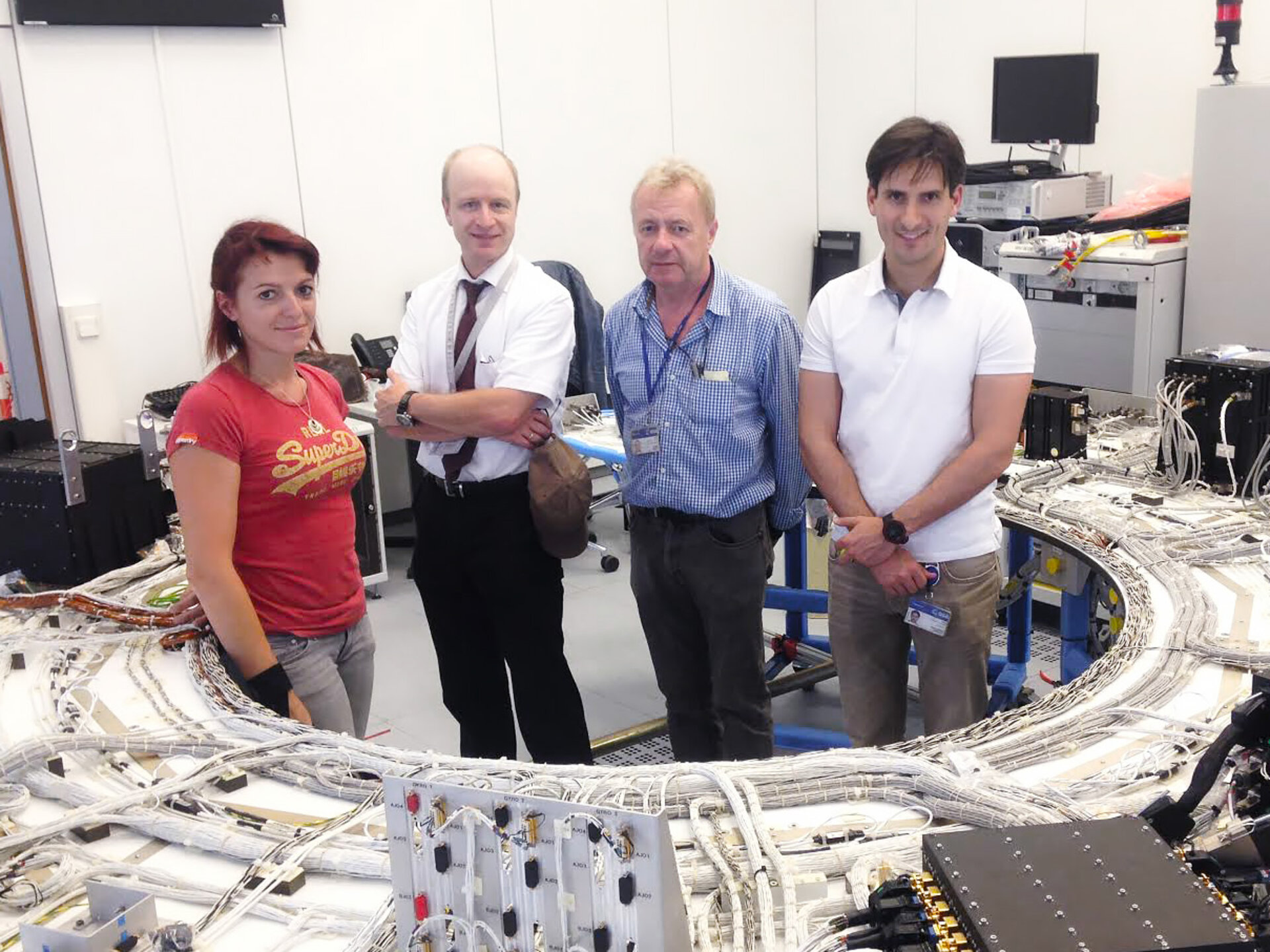 A full-size working model of Gaia’s internal systems arrived in Germany this week. The Avionics Model is mounted in a circular set-up representing the systems on the actual satellite, now orbiting the Sun–Earth L2 point about 1 500 000 km from Earth.

With the model at ESA’s European Space Operations Centre, ESOC, in Darmstadt, Germany, the ESA flight control specialists responsible for Gaia now have access to a fully functional test bench of the inner workings of the billion-star surveyor.

The model will remain at ESOC for the rest of the mission, with the team trained to use and maintain it with the support of Airbus Defence and Space, Toulouse, the prime contractor during Gaia’s development.

The model was a whopping 4x4 m at its base, and could only be moved at night owing to its size.

Gaia is on a mission to make the largest, most precise 3D map of our Galaxy by surveying more than a thousand million stars.

Gaia will monitor each of its target stars about 70 times over a five-year period. It will precisely chart their positions, distances, movements and changes in brightness. It is expected to discover hundreds of thousands of new celestial objects, such as extrasolar planets and brown dwarfs, and observe hundreds of thousands of asteroids within our own Solar System.

The mission will also study some 500 000 distant quasars and will provide stringent new tests of Albert Einstein’s General Theory of Relativity.