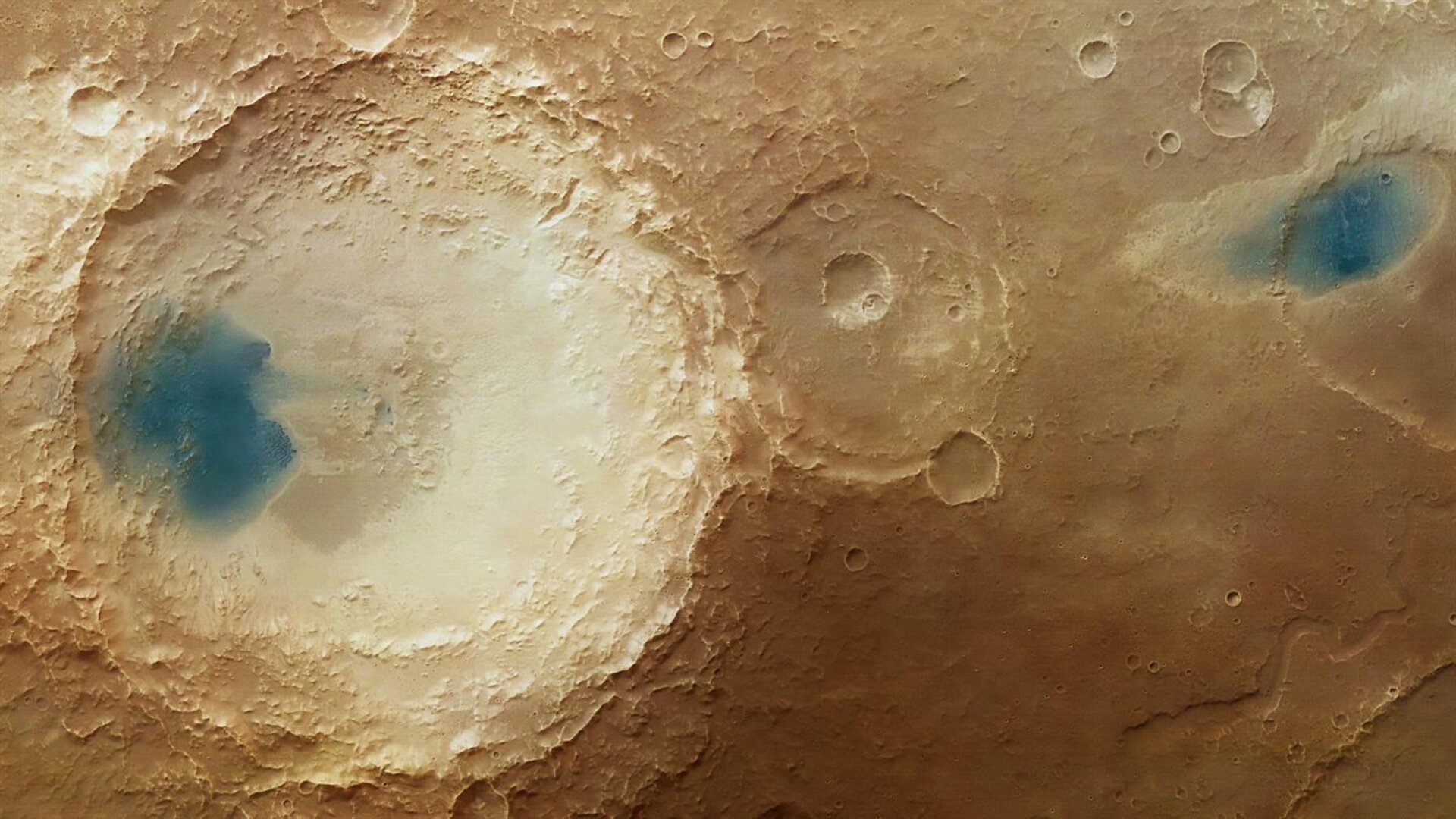 The effect of the winds of Mars

Here on Earth, we are used to the wind shaping our environment over time, forming smooth, sculpted rocks and rippling dunes. In this way, Mars is more similar to Earth than you might expect.

On the Red Planet, strong winds whip dust and sand from the surface into a frenzy, moving it across the planet at high speeds. These winds can hit 100 km/h, enough to create giant dust storms that settle across huge swathes of Mars, lasting for many days or even weeks.

As these winds travel they carve their surroundings, eroding and smoothing and gradually wearing away the planet’s surface features over millions of years.

Evidence of these processes can be seen in this image from ESA’s Mars Express orbiter. The image shows part of the Arabia Terra region, which is scattered with craters of varying sizes and ages. The craters in this image, caused by impacts in Mars’ past, all show different degrees of erosion. Some still have defined outer rims and clear features within them, while others are much smoother and featureless, almost seeming to run into one another or merge with their surroundings.

The largest crater in this image also has the steepest rim. With a diameter of some 70 km, this crater dominates the left, southern, side of the frame. At first glance, this image seems to show something amazing in this crater, and in one of its neighbours to the right: is this a hint of blue liquid water? No, it is an optical illusion caused by the image processing. The blue-hued patches lying within the ragged craters are actually dark sediments that have built up over time. Again, this is due to the winds, which carry dark, volcanic, basalt-rich deposits across the planet.

This colour image was taken by Mars Express’s High Resolution Stereo Camera on 19 November 2014, during orbit 13728. The image resolution is about 20 m per pixel.