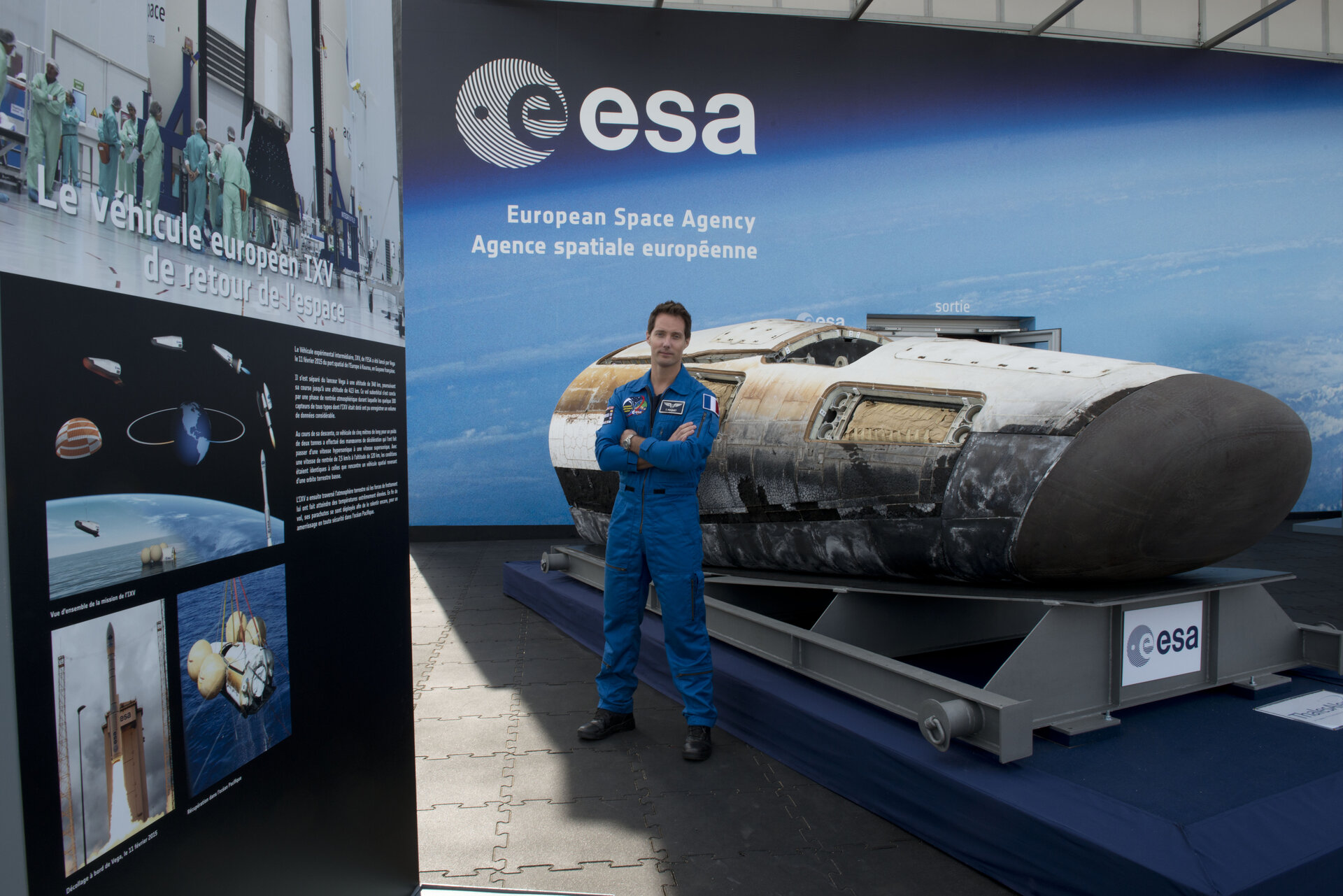 Thomas Pesquet and the IXV

ESA astronaut Thomas Pesquet and the IXV in front of the ESA Pavilion, at Paris Air and Space Show, on 16 June 2015.

On 17 March 2014, Thomas was assigned to a long-duration mission on the International Space Station. He will be leaving our planet for six months November 2016 as a flight engineer for Expeditions 50 and 51, returning in May 2017.

The Intermediate eXperimental Vehicle, IXV, was launched on a Vega rocket from Europe’s Spaceport in French Guiana on 11 February 2015. Released into a suborbital trajectory, it flew autonomously, reentering and splashing down in the Pacific Ocean after 100 minutes.