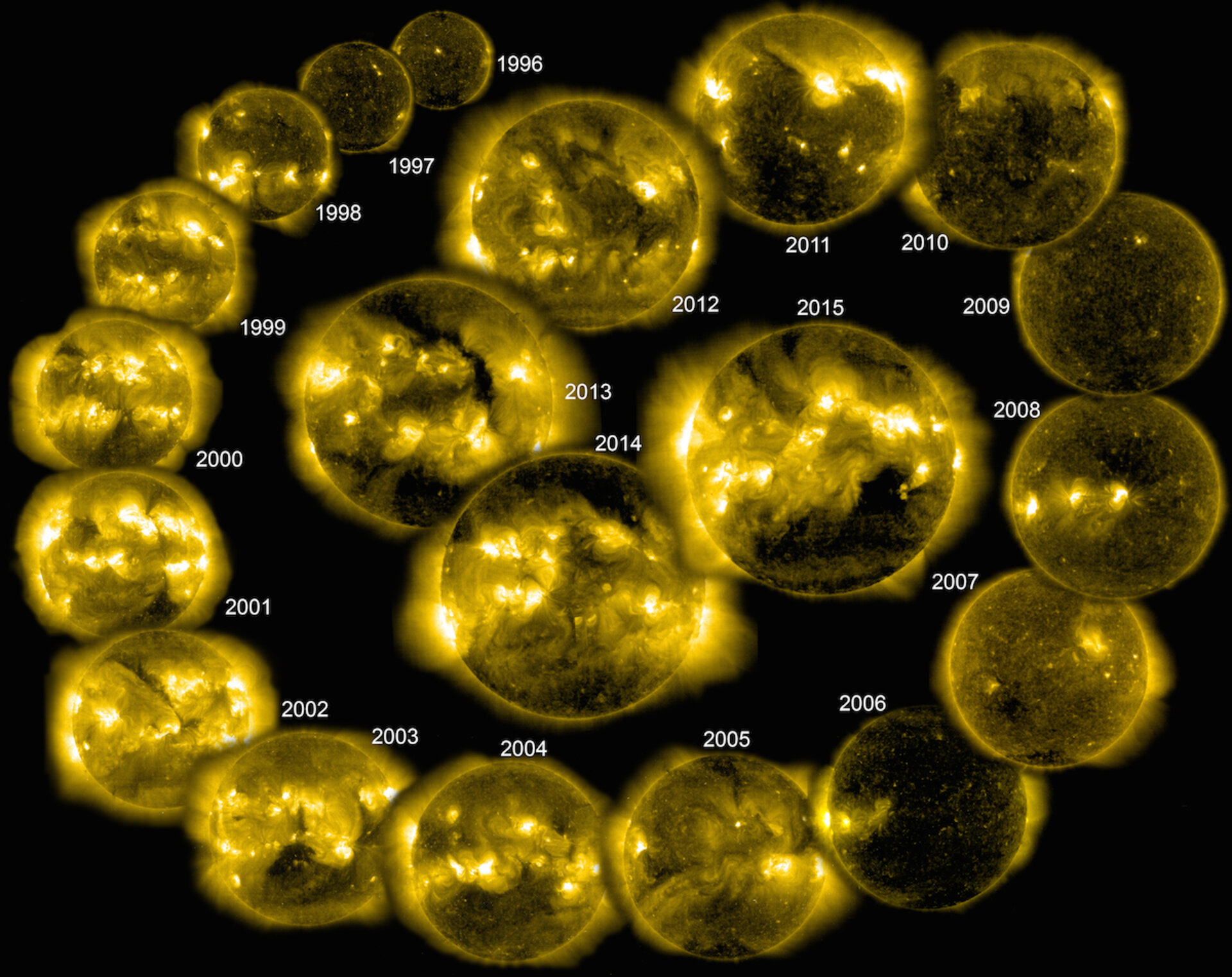 20 SOHO views of the Sun

The Solar and Heliospheric Observatory (SOHO) has been watching the Sun for almost 20 years. In that time it has seen solar activity ramp up and die down repeatedly. Its Extreme ultraviolet Imaging Telescope has taken images of the resulting waxing and waning of the Sun’s corona – its atmosphere – that are impossible to record from the ground.

Our atmosphere blocks more than 75% of ultraviolet radiation from reaching Earth’s surface, and extreme ultraviolet is entirely absorbed. To see it, spacecraft such as SOHO must be used.

The individual images in this composition show gas with a temperature of about 2 million degrees celsius in the Sun’s atmosphere. This atmosphere, known as the corona after the Latin word for crown, extends millions of kilometres from the Sun.

The corona carries away the particles of the solar wind. If accelerated streams of particles reach Earth and strike our atmosphere, they can spark colourful displays of the aurora.

In this composition, brighter images show times when there was more activity on the Sun. This activity is driven by the Sun’s magnetic field and follows a cycle of about 11 years. The brightest images occur around the time of solar maximum. At these times, the magnetic field of the Sun is highly dynamic, changing its configuration and releasing energy, partly in the form of ultraviolet radiation into space.

The high temperature of the corona is a puzzle to solar physicists since the bright ‘surface’ of the Sun is only about 5700ºC and therefore is incapable of directly heating the corona to over a million degrees. Although scientists think that magnetic activity may be responsible, the exact mechanism is still under investigation.

Each of the images shown here was taken in the springtime. The most recent SOHO images can be accessed here.