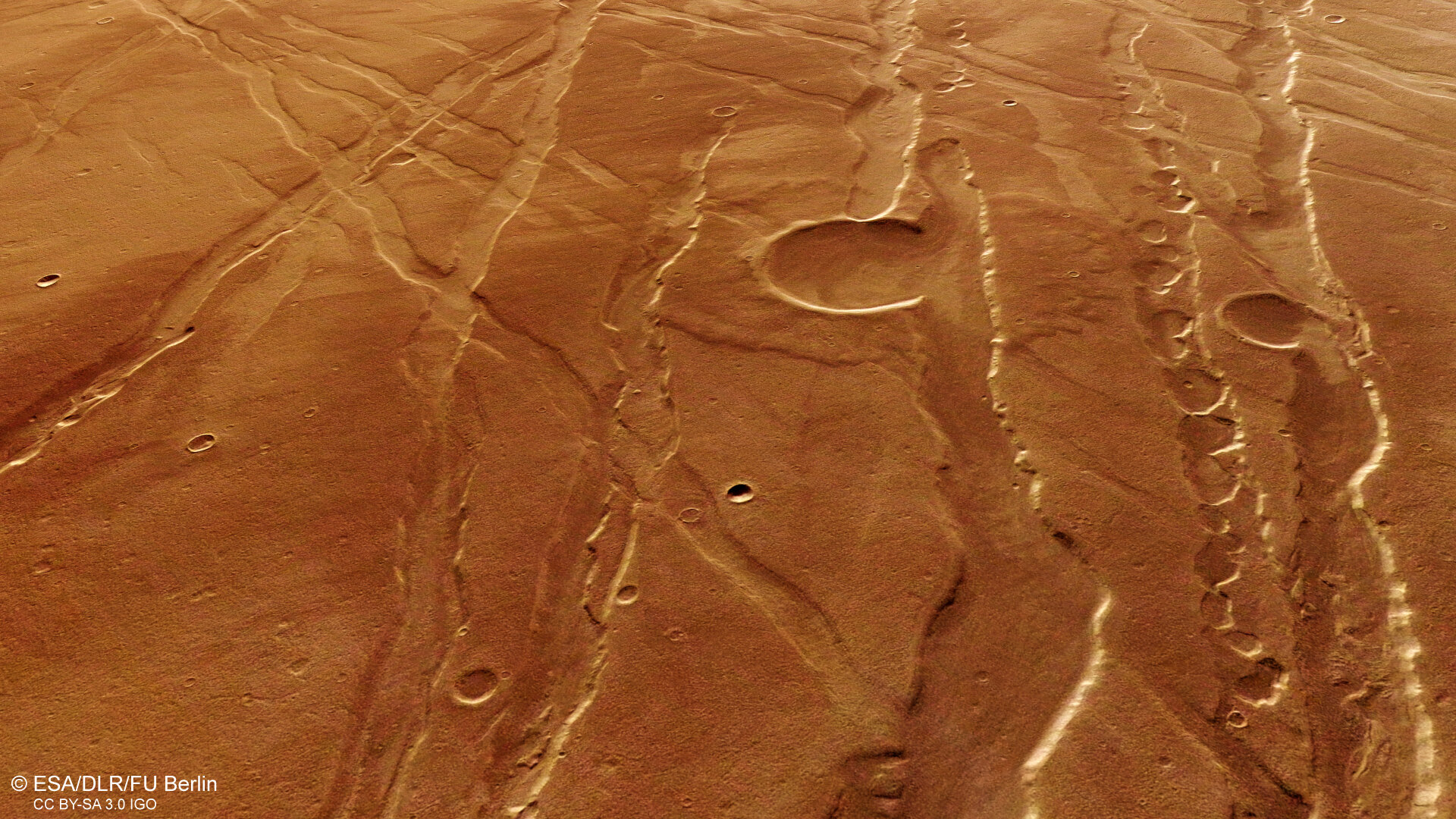 Perspective view of features in the Ascuris Planum region of Mars, including graben running in various directions, breached impact craters and pit chains.

The image was acquired by the High Resolution Stereo Camera on ESA’s Mars Express on 10 November 2014 during orbit 13785 and is a portion of the main colour image shown here.

Where expressly stated, images are licensed under the Creative Commons Attribution-ShareAlike 3.0 IGO (CC BY-SA 3.0 IGO) licence. The user is allowed to reproduce, distribute, adapt, translate and publicly perform it, without explicit permission, provided that the content is accompanied by an acknowledgement that the source is credited as “ESA/DLR/FU Berlin”, a direct link to the licence text is provided and that it is clearly indicated if changes were made to the original content. Adaptation/translation/derivatives must be distributed under the same licence terms as this publication.