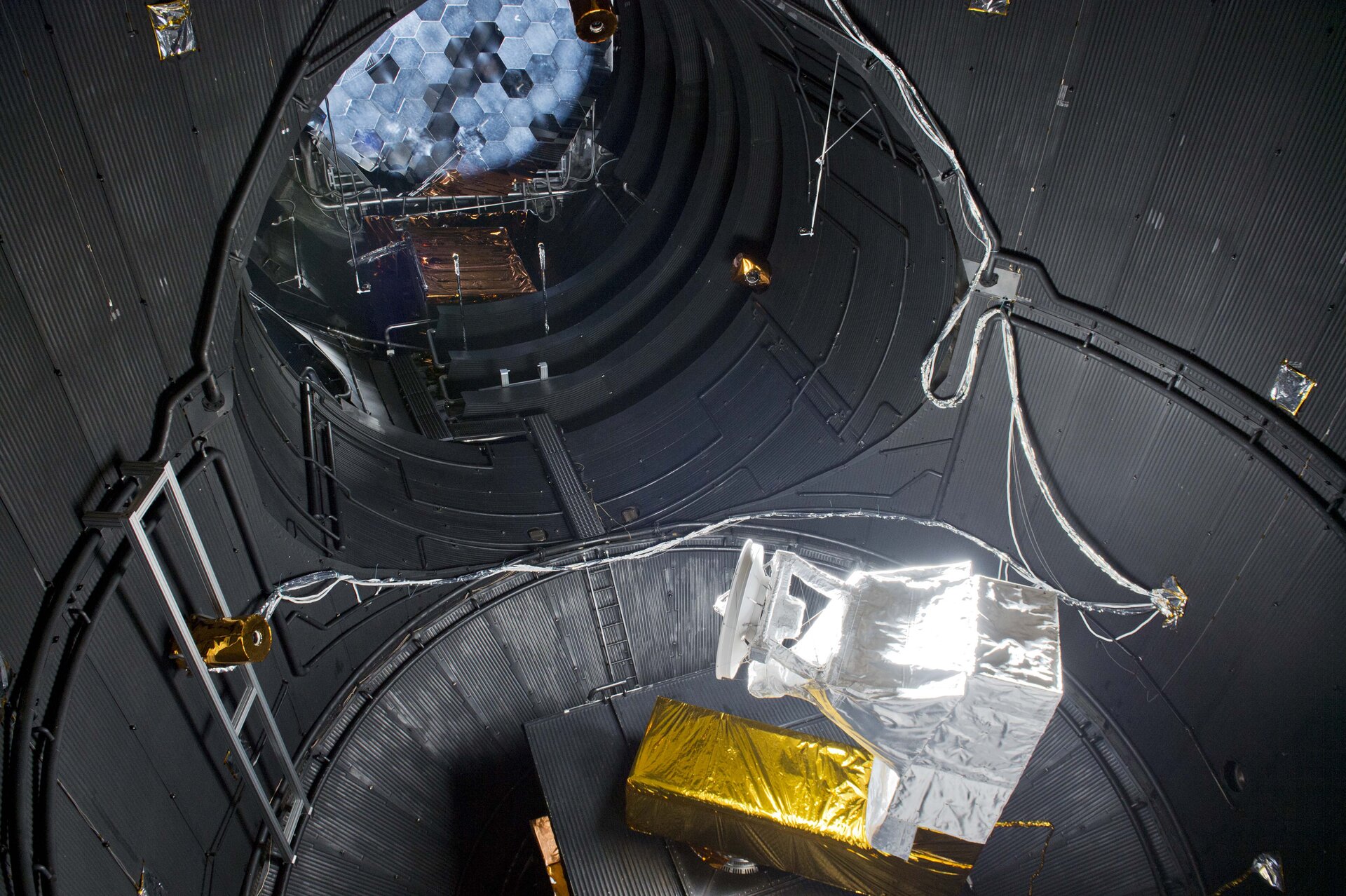 The antenna that will connect Europe’s BepiColombo with Earth is being tested for the extreme conditions it must endure orbiting Mercury.

The trial is taking place over 10 days inside ESA’s Large Space Simulator, which, at 15 m high and 10 m across, is cavernous enough to accommodate an upended double decker bus.

The 1.5 m-diameter high-gain antenna, plus its boom and support structure, are subjected to a shaft of intense sunlight in vacuum conditions, while gradually rotated through 90º.

The antenna will be part of ESA’s Mercury Planetary Orbiter, one of two main components of the January 2017 BepiColombo mission – the other being Japan’s Mercury Magnetospheric Orbiter.

The two will be launched together in a stack, carried by the Mercury Transfer Module for their seven-year journey towards the Solar System’s innermost world.

The Simulator is part of the largest spacecraft testing facility in Europe, at ESA’s ESTEC technical centre in Noordwijk, the Netherlands.

The mammoth chamber’s high-performance pumps create a vacuum a billion times lower than standard sea-level atmosphere, while the chamber’s black interior walls are lined with tubes pumped full of –190°C liquid nitrogen to mimic the extreme cold of deep space.

At the same time, the hexagonal mirrors seen at the top of the picture reflect simulated sunlight onto the satellite from a set of 25 kW bulbs more typically employed to project IMAX movies.

In this case, the alignment of the 121 mirrors was adjusted to tighten the focus of their light beam, reproducing the intensity of sunlight experienced in Mercury orbit – around 10 times more intense than terrestrial illumination.