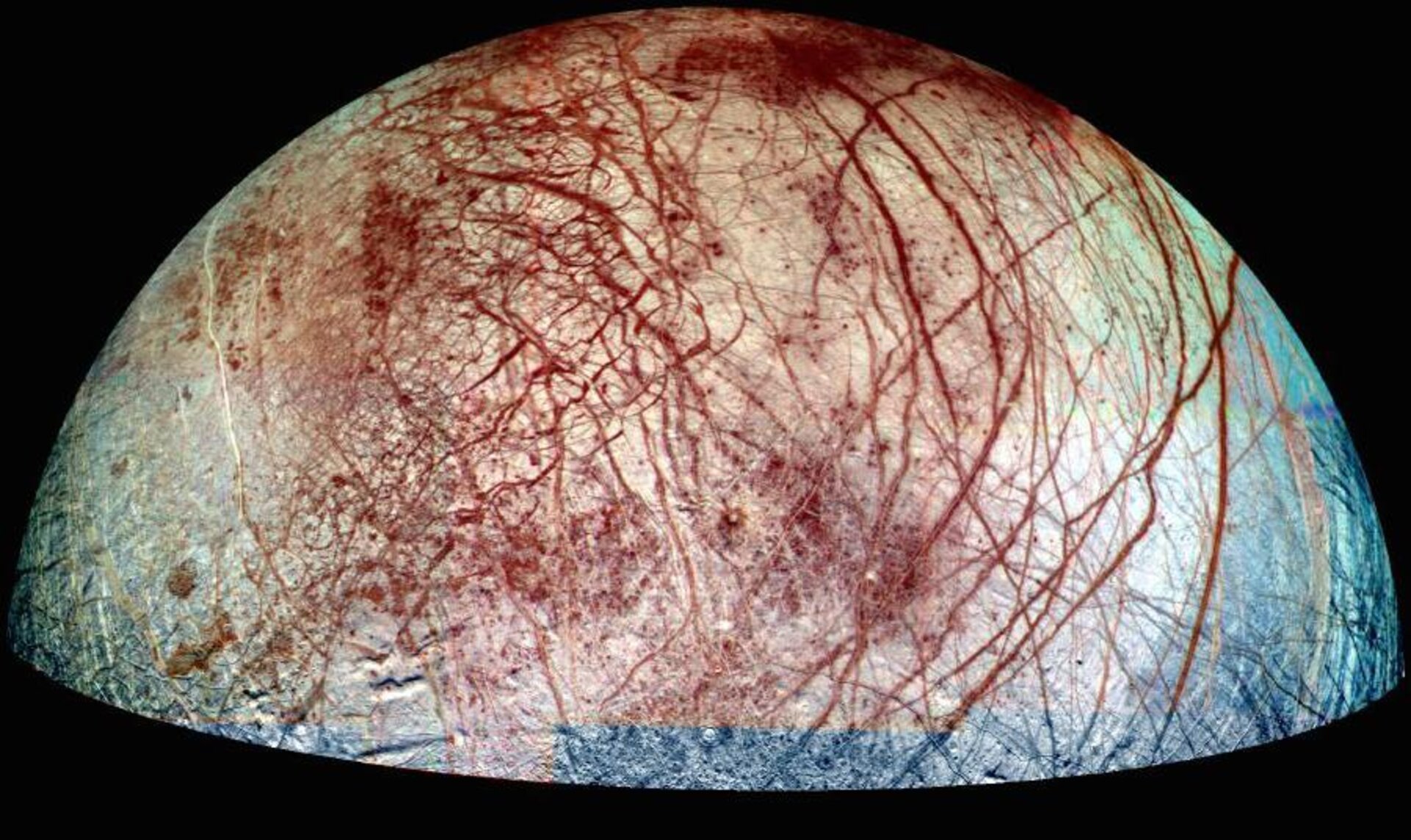 Blood-red scars and veins on Europa

Jupiter’s moon Europa is a bizarre place. There is something undeniably biological about this image, sent back by NASA’s Galileo spacecraft – the moon is scarred by deep red gashes, resembling the vibrant red veins flowing across a human eye.

Several probes have flown closely past Europa in the past. Galileo explored it in detail during its many years orbiting Jupiter, from 1995 to 2003.

Galileo’s data supported the theory that Europa hosts a deep underground liquid ocean, and clay-like minerals were detected in the moon’s icy crust. The probe also found evidence for an ‘exosphere’ around Europa, as well as around the Jovian moons Ganymede and Callisto. This exosphere is a thin atmosphere surrounding the moons where molecules remain gravitationally trapped.

Europa, Ganymede and Callisto will be explored further by ESA’s JUpiter ICy moons Explorer (Juice) mission when it reaches the system in 2030. Europa is also earmarked for further attention by NASA, who will launch their mission some time in the 2020s.

Despite their unnerving appearance, the red scars criss-crossing Europa are, of course, not biological. They are actually cracks and ridges marking weak lines within the moon’s ice crust, emphasised and exacerbated by the swelling and falling of tides due to Jupiter’s gravitational pull. Some of these ridges are thousands of kilometres long. The startling colour is due to contaminating minerals rising from beneath the icy crust, possibly salts from the underground ocean.

The regions of mottled red are chaotic terrain, parts of the moon’s surface with disrupted icy material that has been broken and shifted around.

This strongly enhanced colour picture, from the NASA Photojournal collection, combines images taken using violet, green and near-infrared filters. A more natural colour version is also available. The data were collected in 1995 and 1998.