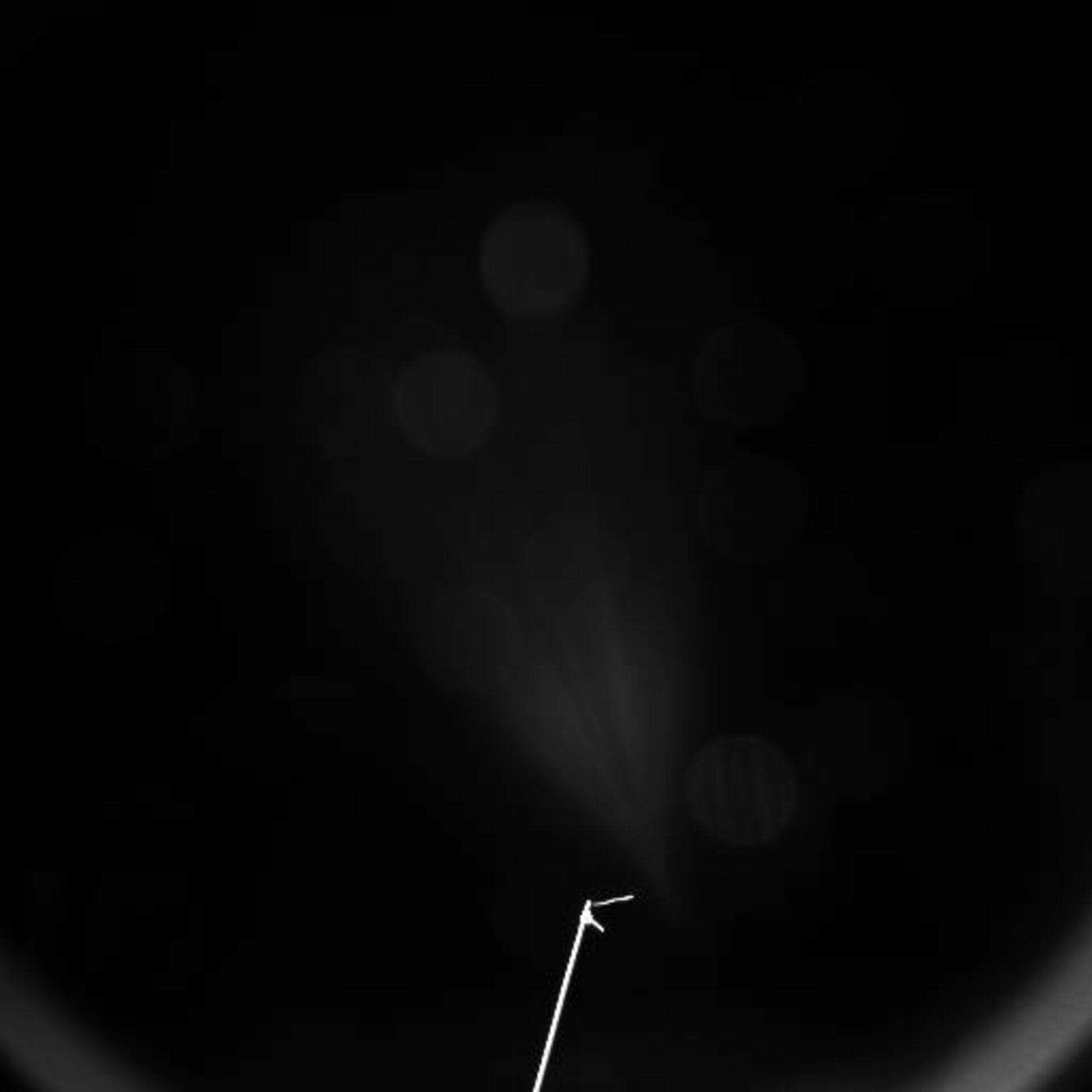 This image was acquired by Philae’s CIVA camera 2 at the final landing site Abydos, on the small lobe of Comet 67P/Churyumov–Gerasimenko, on 13 November 2014. The image captures one of the lander’s CONSERT antennas with open sky in the background, providing a clue as to the lander’s orientation. Glare is seen just above the antenna, as a result of direct sunlight illumination of the front lens.