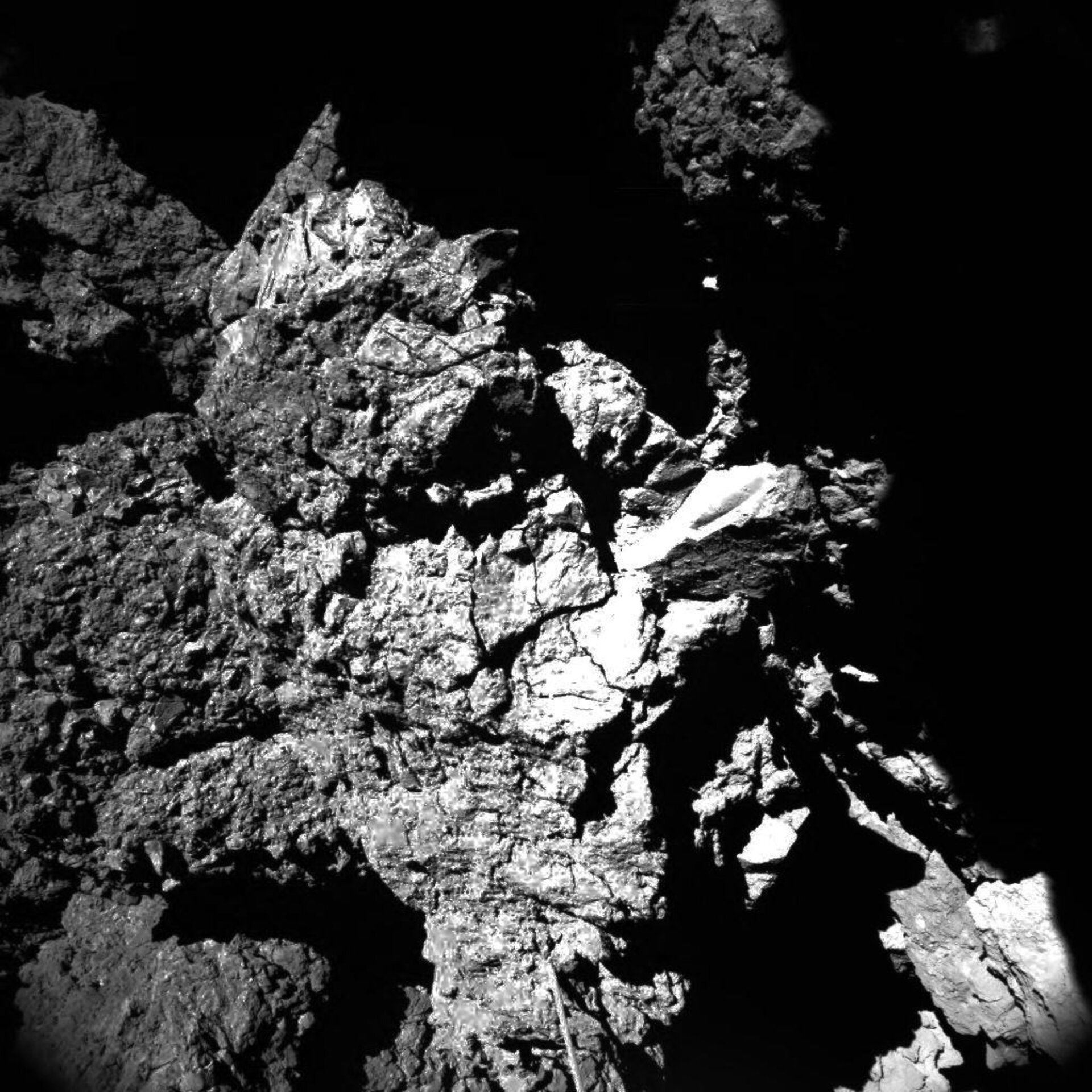 This well-lit image was acquired by Philae’s CIVA camera 4 at the final landing site Abydos, on the small lobe of Comet 67P/Churyumov–Gerasimenko, on 13 November 2014. The image shows one of the CONSERT antennas in the foreground, which seems to be in contact with the nucleus. The dimensions of the antenna, 5 mm in diameter and 693 mm long, help to provide a scale to the image. The pebble-like features, blocks and cliffs observed in the CIVA images corresponds to what has been seen at larger scales from orbit. A large range of brightness is also seen, perhaps associated with different mineral compositions.