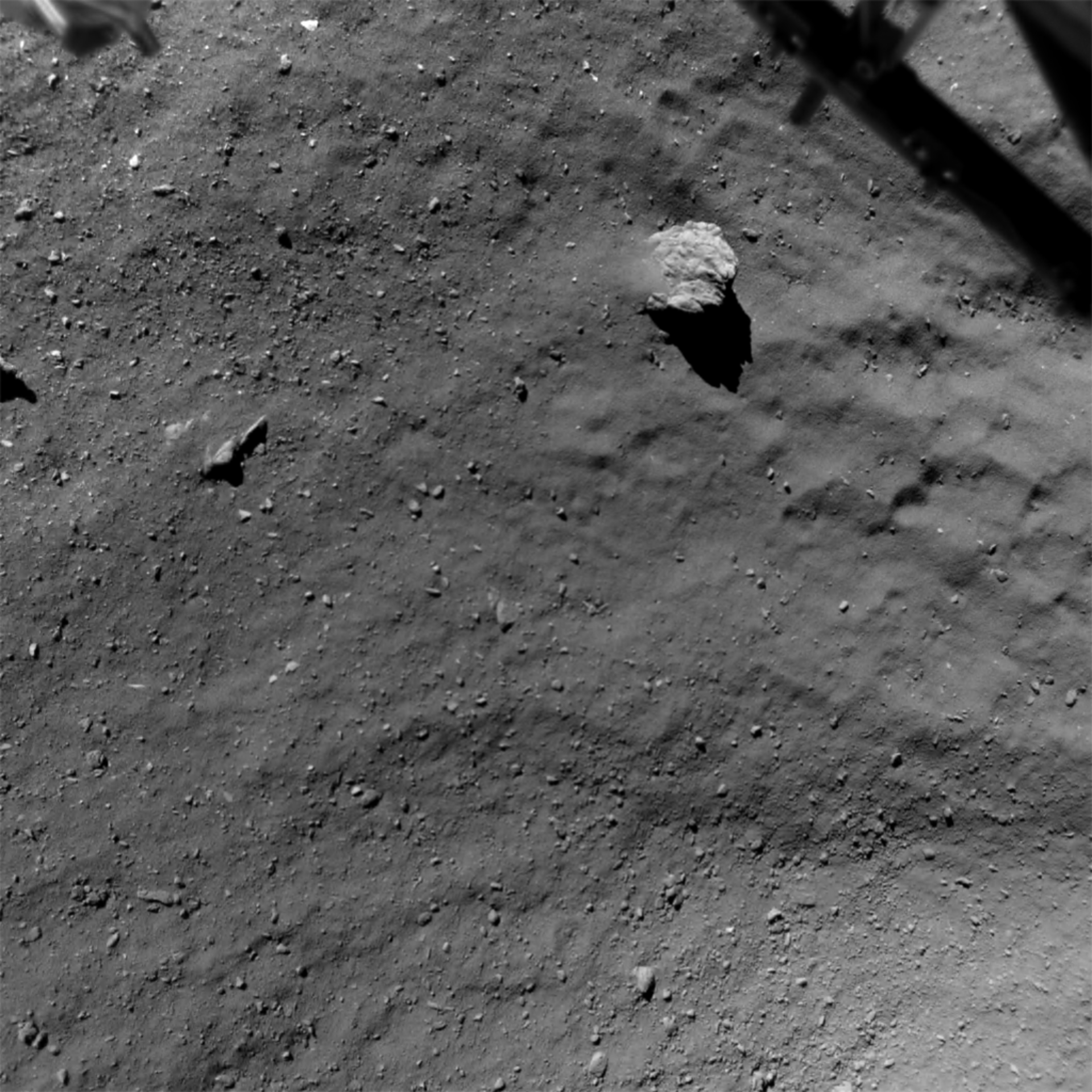 This image was taken by Philae’s ROsetta Lander Imaging System, ROLIS, 48.5 m above the Agilkia landing site on the small lobe of Comet 67P/Churyumov–Gerasimenko. The image was acquired at 15:33:19 GMT on 12 November 2014. The image measures 52.1 m across and the image scale is 5.1 cm/pixel. Part of Philae’s landing gear can be seen in the top corners.