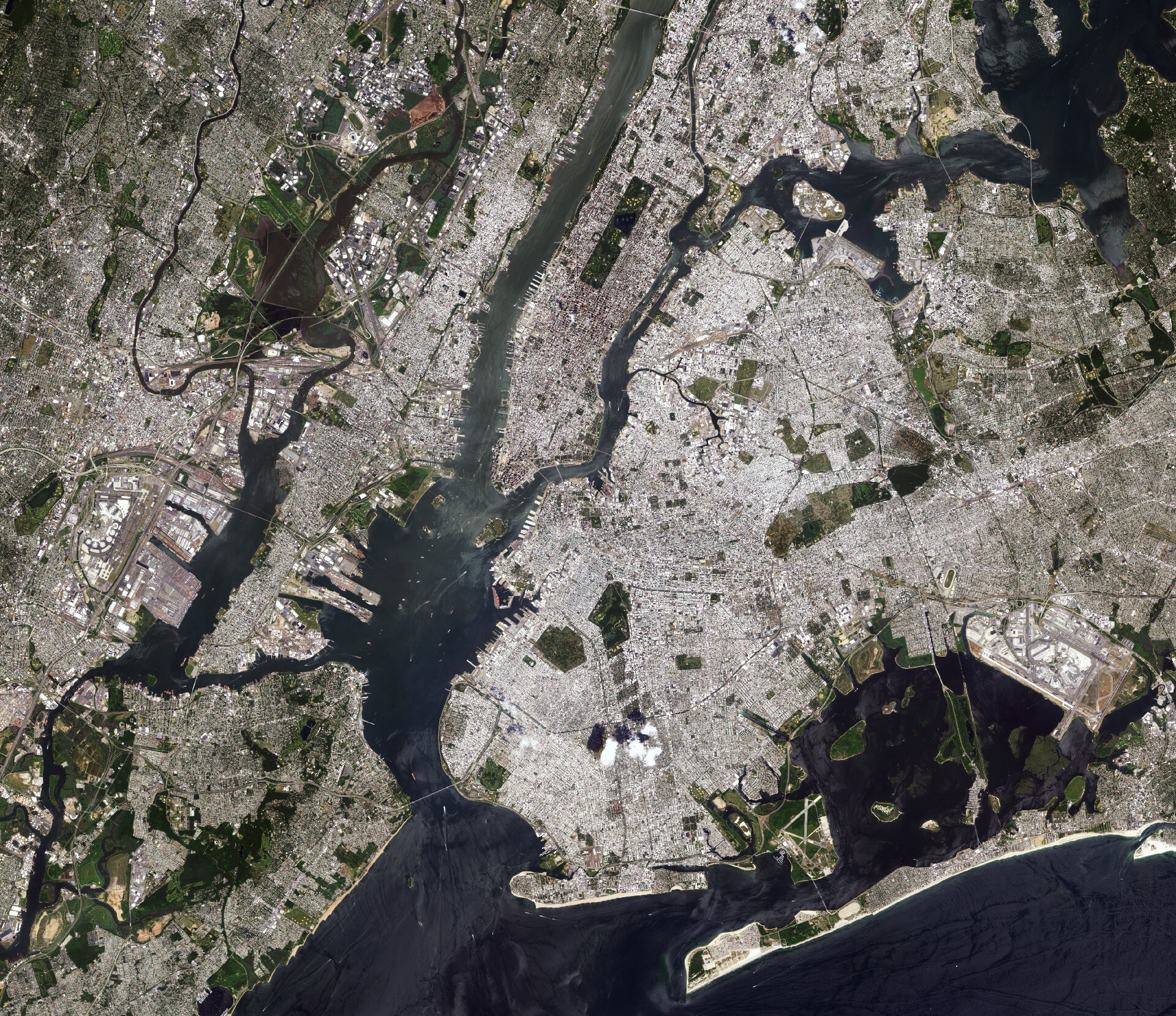 This satellite image covers part of New York City, including the island of Manhattan at the centre, the Brooklyn and Queens boroughs on the right and the Bronx along the top-right.

Staten Island is visible in the lower left, while the upper left side of the image is dominated by part of New Jersey.

With over 8 million inhabitants on a limited amount of land, New York City is one of the most densely populated cities in the United States. The city has a long history of land reclamation, most notably on the southwestern tip of Manhattan. This area was once part of the Hudson River before rock excavated during major construction projects and sand dredged from the harbour were used to create the area known as Battery Park City today.

With the populations growing across the world’s cities, apart from building vertically, land reclamation is a common practice for meeting habitation and agricultural needs, among other uses.

Of the city’s five boroughs, Manhattan is the most densely populated. The island is flanked by the Hudson and East rivers and, from our satellite perspective, the 340 hectares of Central Park at its centre is a prominent feature.

Located southeast of the park is the UN Headquarters, which is currently hosting the ‘My Planet from Space’ exhibition.

Produced by ESA and realised with the UN Office for Outer Space Affairs, the collection of satellite images takes you on a journey to some of the most beautiful and remote places on Earth. From melting glaciers to deforested rainforests to expanding urban sprawl, the images highlight the importance of spaceborne technology in the management and protection of natural resources and the global environment.

The exhibition runs 9 July to 9 September in the Visitors’ Lobby at the UN Headquarters General Assembly Building on 1st Avenue at 46th St. Entrance is free of charge.

This image, also featured on the Earth from Space video programme, was captured by Japan’s ALOS satellite on 18 June 2010.