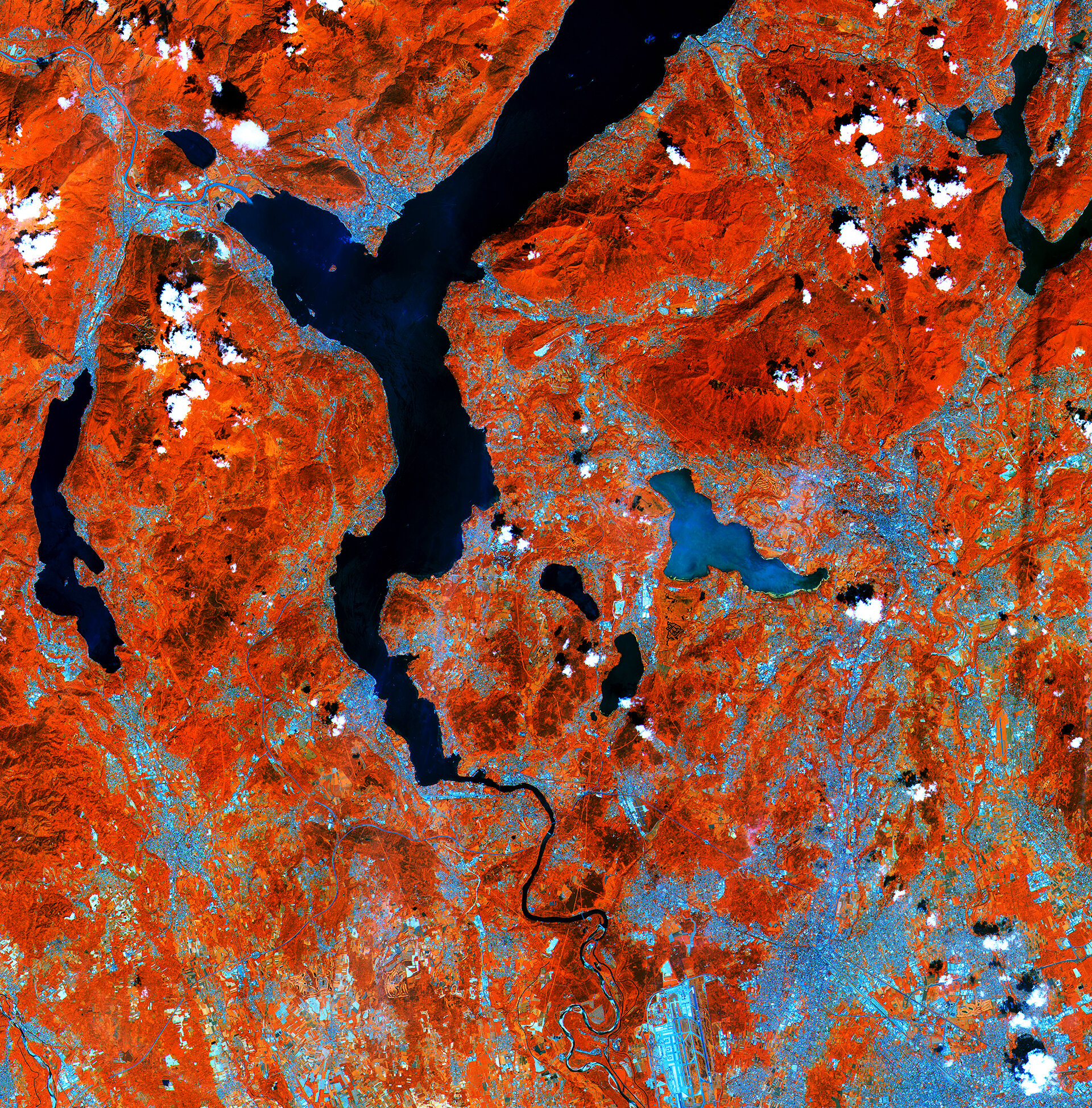 Lakes on the southern side of the Italian Alps are pictured in this early acquisition by the Sentinel-2A satellite.

Processed using the high-resolution infrared channel of the satellite’s multispectral camera, the image shows healthy vegetation in red, such as the hills and mountains in the upper part of the image.

From the top of the image we see the southern part of Lake Maggiore. Straddling the border of Italy’s Lombardy and Piedmont regions – with its northern end in Switzerland (not visible) – the lake covers an area of over 210 sq km.

Its outlet, the Ticino river, snakes south past Milan–Malpensa Airport at the bottom of the image.

Near the centre of the image is the glacial Lake Varese, appearing lighter blue compared to the other lakes in the image. This demonstrates Sentinel-2’s ability to measure differences in the conditions of inland water bodies – one of the mission’s main applications along with land cover, agriculture and forestry.

This image, also featured on the Earth from Space video programme, is a subset of Sentinel-2’s very first acquisition on 27 June 2015, just four days after launch.

The satellite is in its commissioning phase, which includes calibrating its multispectral imager. But the initial images from its first scan of Earth foreshadow the mission’s land-monitoring applications in areas such as agriculture, the monitoring of inland and coastal waters and land-cover mapping.