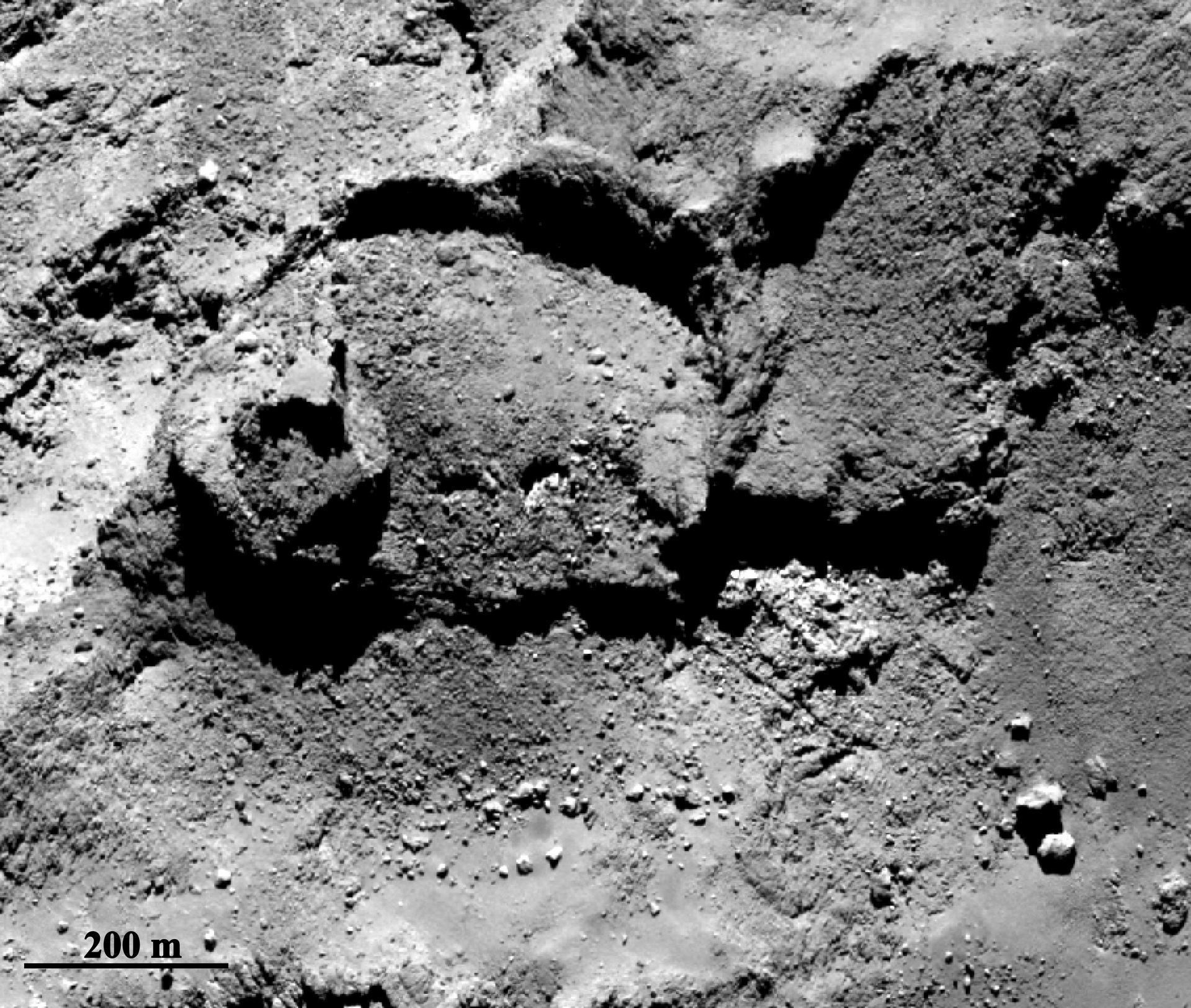 Overhangs and mass wasting in Imhotep

Extensive erosion is seen in the Imhotep region on the large lobe of Comet 67P/Churyumov-Gerasimenko where consolidated material is exposed. Large numbers of boulders and debris lie at the foot of exposed cliff walls or inside basins, as seen here along one of Imhotep's boundaries.

The image was taken with Rosetta’s OSIRIS narrow-angle camera image on 5 September 2014 from a distance of 43 km to the comet centre. The image scale is 80 cm/pixel.