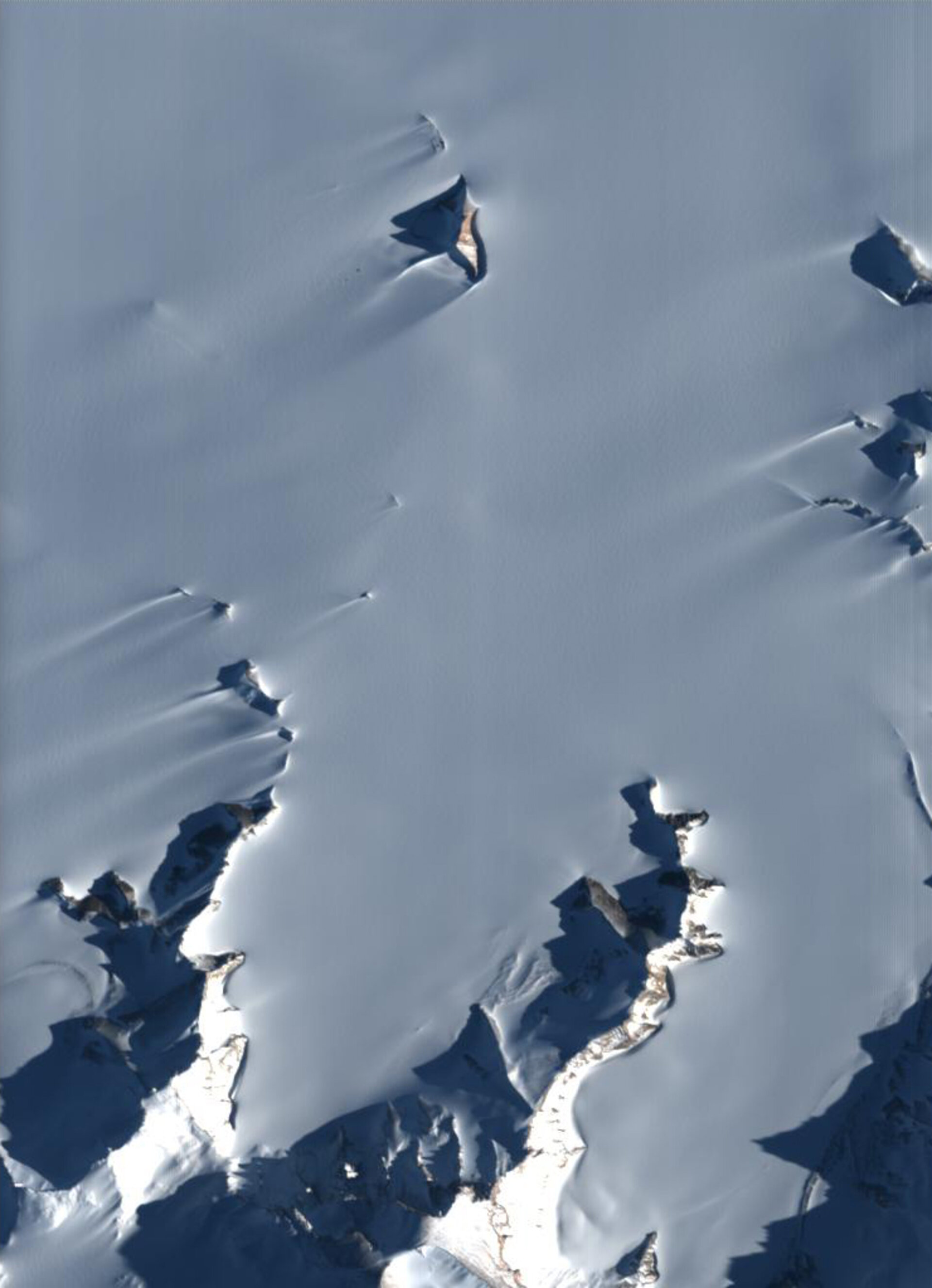 Site of Princess Elisabeth Base seen by Proba-1

Wind-swept mountain peaks peek above the ice of Dronning Maud Land in Antarctica, as seen by ESA’s Proba-1 microsatellite, whose two-year design life has been extended by 11 years and counting.

The topmost ridge in the image is the site of Belgium’s Princess Elisabeth Base, the first zero-carbon station on the Southern Continent. The ridge is subject to gales of up to 300 km/h, so the base is powered by wind turbines supplemented with solar panels.

Established in 2009, Princess Elisabeth’s buildings are aerodynamically contoured and held in place by anchors extending several metres down into the rock.

Less than a cubic metre, Proba-1 was the first in ESA’s series of satellites aimed at flight-testing new space technologies.

This image was taken on 13 December 2013, using Proba-1’s main CHRIS Compact High Resolution Imaging Spectrometer. This hyperspectral imager records 15 m-resolution scenes across a programmable selection of up to 62 spectral bands, from a variety of viewing angles.

In November 2009 it was joined in orbit by Proba-2, focused on solar monitoring. Proba-V, monitoring global vegetation, was launched in May 2013. The two satellites of the formation-flying Proba-3 will be sent into orbit in 2018.