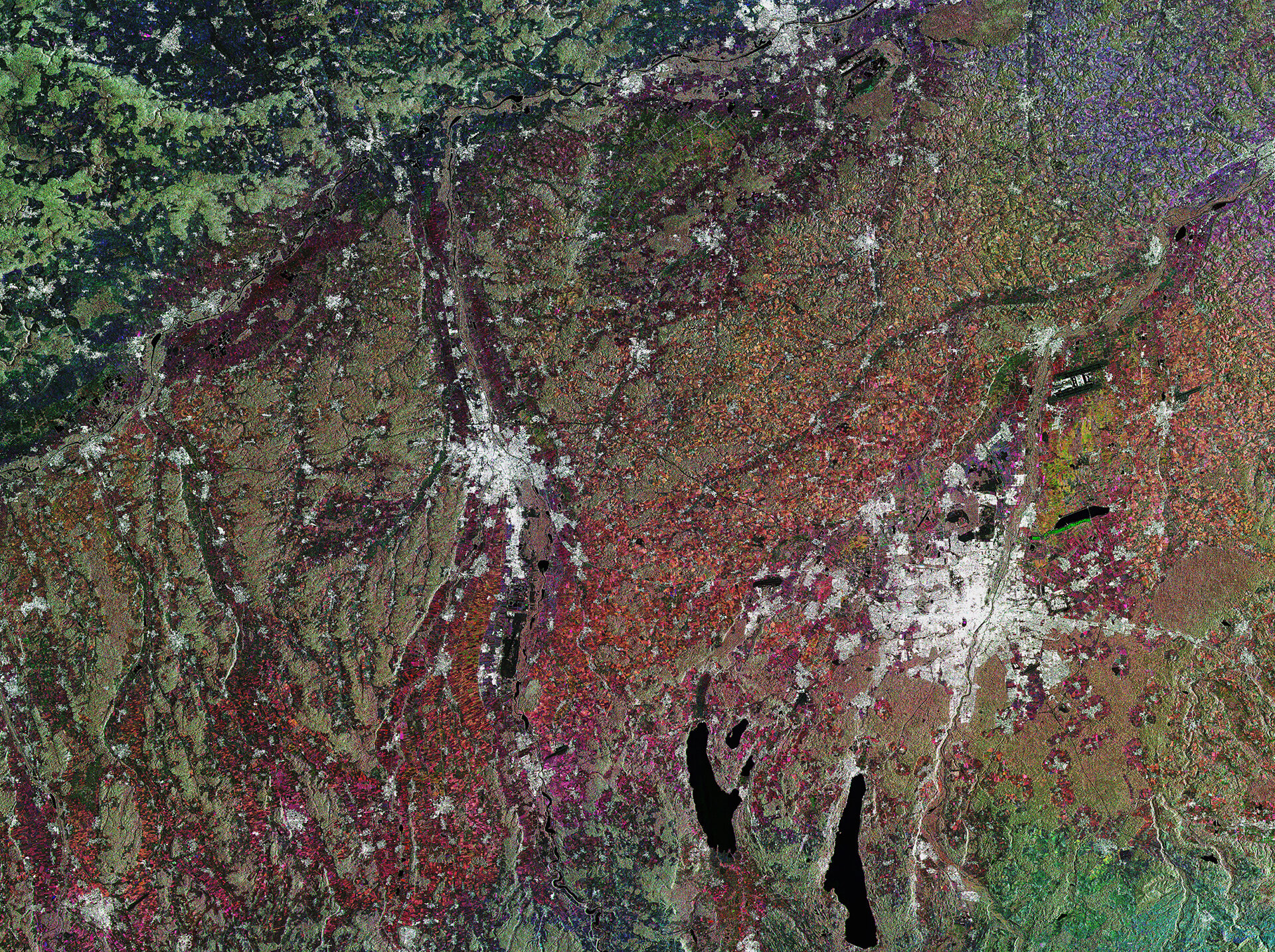 This image from Sentinel-1A’s radar captures part of Germany’s state of Bavaria, with the city of Munich on the right and Augsburg at the centre.

Munich is located on the elevated plains just north of the Alps. Zooming in, we can clearly see the river Isar running through the city.

Along the northern part of this river, the white radar reflections from buildings give way to an elongated area of vegetation. This is the English Garden, a public park created in 1789 with an informal landscape of a style that was popular in Britain from the mid-18th century to the early 19th century. With an area of over 3.5 sq km, it is one of the world’s largest urban public parks.

Outside the city – particularly to the east and south – we can see circular areas cut out of the forest to make space for villages.

The landscape across this area was shaped by glaciers, including the two large lakes south of Munich – Lake Starnberg to the east and Ammersee to the west – that are the results of ice-age glaciers melting. Lake Starnberg is a popular recreation area for Munich, and has been named a wetland of international importance by the Ramsar Convention.

The Convention is an intergovernmental treaty for the sustainable use of wetlands.

This image, also featured on the Earth from Space video programme, combines three radar scans from the Sentinel-1A satellite in March and April 2015.