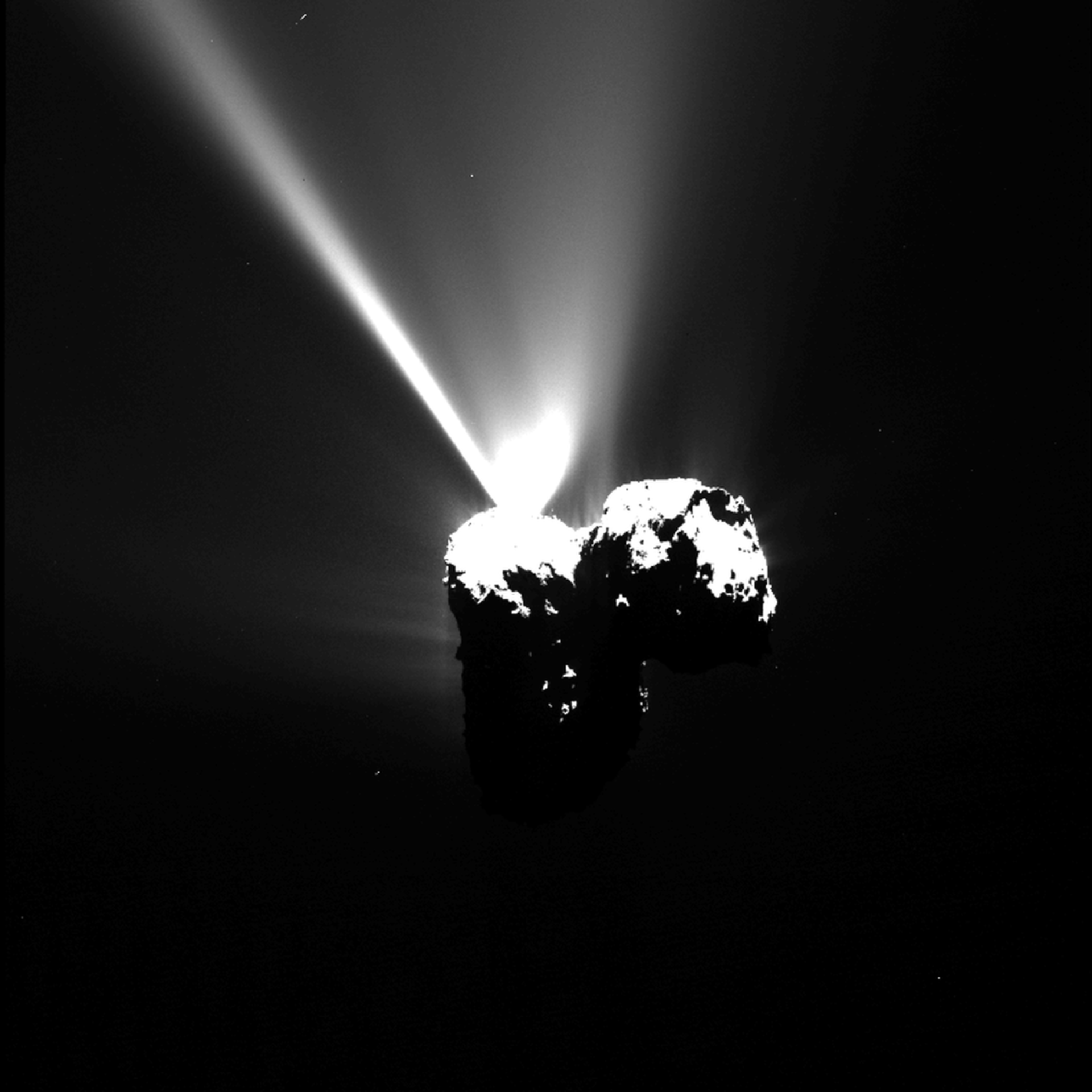 This image of Comet 67P/Churyumov–Gerasimenko was captured by Rosetta’s OSIRIS narrow-angle camera on 12 August 2015 at 17:35 GMT, just a few hours before the comet reached the closest point to the Sun along its 6.5-year orbit, or perihelion.

The image was taken from a distance of about 330 km from the comet. The comet’s activity, at its peak intensity around perihelion and in the weeks that follow, is clearly visible, including a significant outburst.