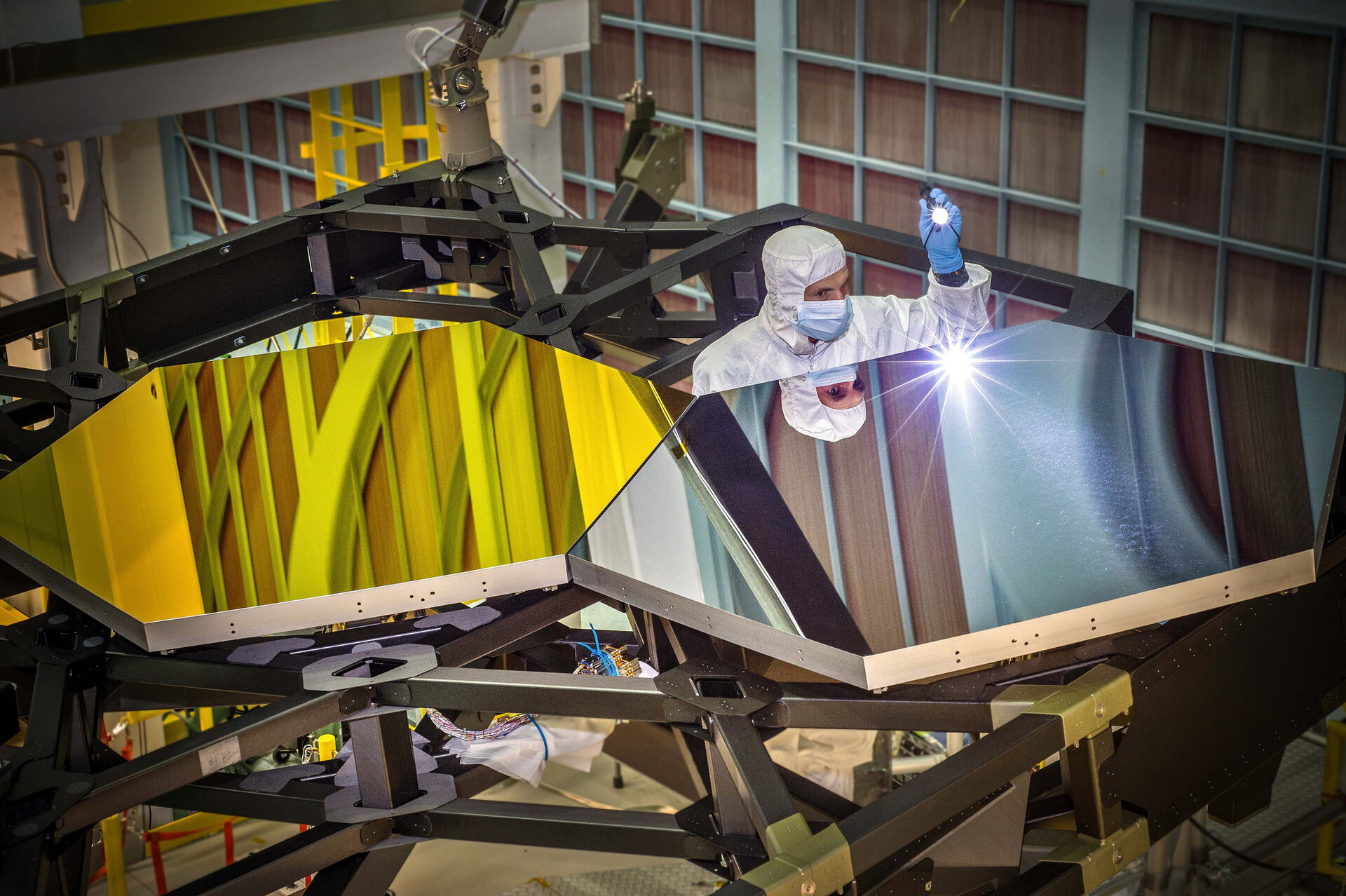 The Andromeda galaxy is one of the most distant objects that we can see in the night sky with the naked eye. The light that we see now left there 2.5 million years ago. While this might seem a lot, in practice it is in our cosmic 'backyard', because Andromeda is one of our closest galactic neighbours.

To look farther away and hence farther back in time, we need powerful telescopes, such as the James Webb Space Telescope (JWST), which will be able to look back 13.5 billion years to see the light from the first stars and galaxies forming in the early Universe.

When light emitted by these stars and galaxies reaches us it has been shifted to the infrared part of the spectrum. With JWST, that light will be captured by a very large mirror — 6.5 m in diameter — and directed to four very sensitive infrared instruments. The telescope and the instruments will be kept permanently in the shadow of an enormous sunshield and maintained at temperatures around or lower than –233 °C.

These combined attributes of a very large mirror and very low operating temperatures are crucial for these infrared measurements of very distant stars and galaxies. However, if it was built in a single piece, such a large mirror – as needed by the scientists – would be too heavy to launch and simply would not fit in the rocket that will launch JWST (the Ariane 5 ECA has a diameter of 5m).

To solve this problem, engineers have designed a foldable mirror composed of 18 hexagonal-shaped segments constructed from beryllium, a lightweight yet strong metal. Each segment will be coated with a thin layer of gold, which is an excellent material for reflecting infrared light, protected by a thin layer of glass. The amount of gold needed for all of the JWST mirrors is equivalent in a size to a golf ball.

This image shows two polished test mirror segments being inspected by an optical engineer: one segment with the gold coating already applied, the other without. In the meantime, the coating of all 18 mirrors has been completed.

The mirror segments are then mounted onto a black framework that forms the spine of the JWST. This structure has two wings that can be folded, much like origami, to fit inside the launcher. Once in space, JWST will unfold and spread its wings. It will then be the largest astronomical telescope in space.

JWST is an international collaboration between NASA, ESA and the Canadian Space Agency (CSA).