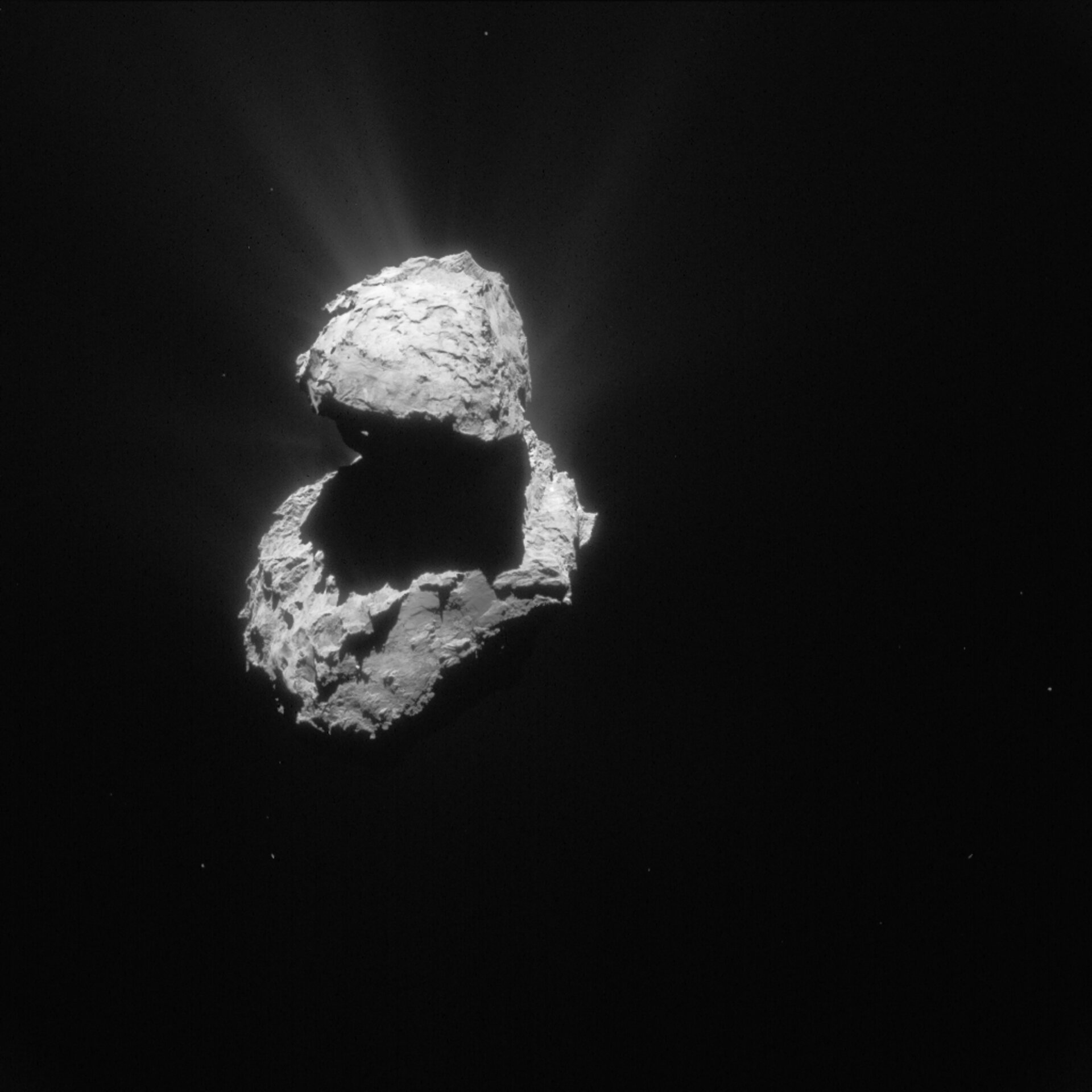 With Rosetta flying trajectories beyond 100 km from Comet 67P/Churyumov–Gerasimenko in April 2015, the extent of the increasing activity could be monitored. In this image, taken on 16 April from a distance of 124 km, the activity can most clearly be seen rising from the small comet lobe, although a faint nebulosity surrounds much of the nucleus.

The 1 km-diameter Hatmehit depression can just be made out towards the top of the image on the comet’s small lobe, while the ridge separating the Seth and Anubis regions is accentuated by shadows on the large lobe. The small lobe is also casting its rugged outline as a shadow onto the large lobe.