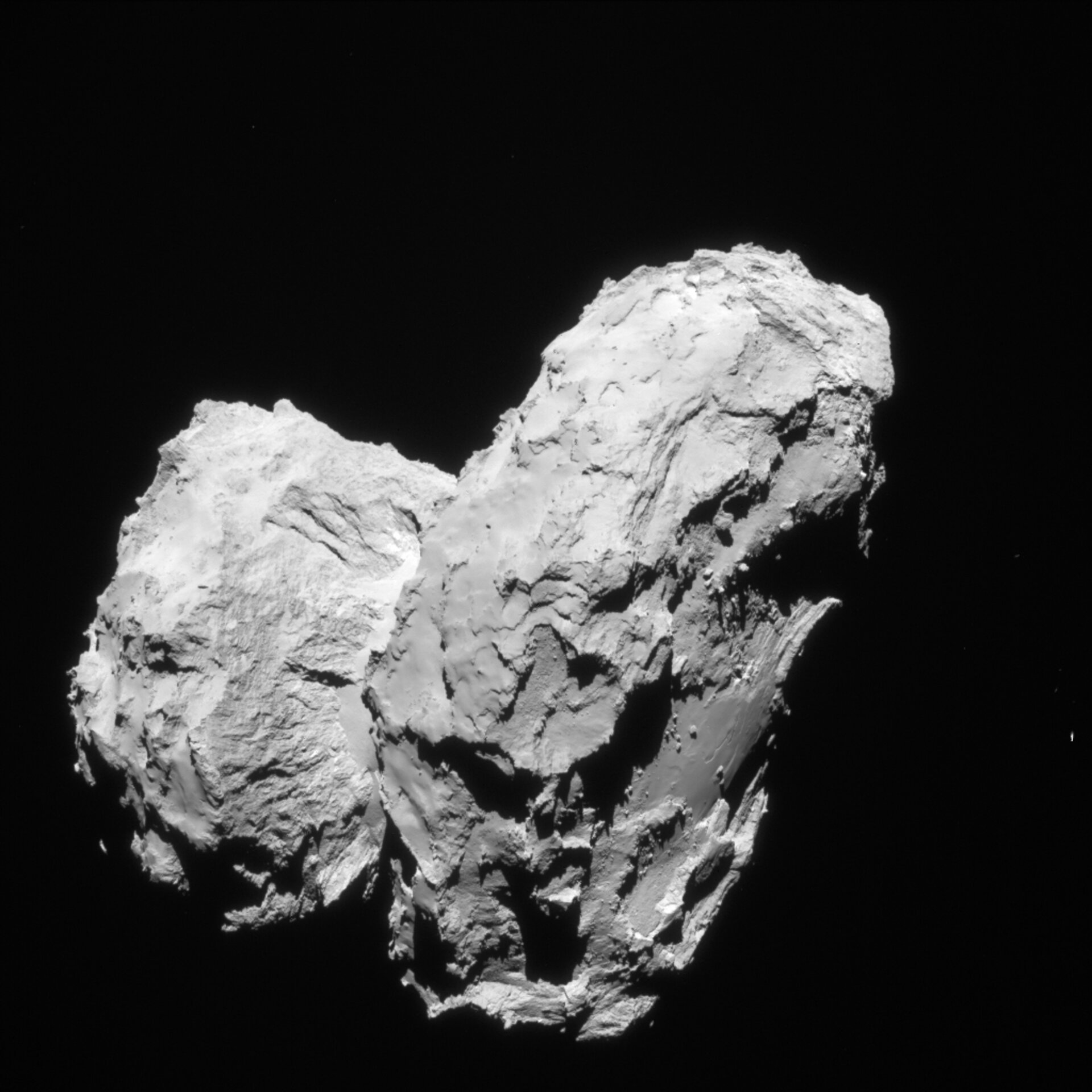 After a 10-year journey and travelling over 6.4 billion km around the Solar System, Rosetta arrived at a distance of 100 km from Comet 67P/Churyumov–Gerasimenko on 6 August 2014.  In the weeks that followed, it moved progressively closer, and while spacecraft operators learned how to operate in this new environment, the spacecraft’s suite of scientific instruments started their detailed observations, including mapping the surface of the nucleus in search of a suitable landing site for Philae.

This image shown here was taken on 22 August at a distance of 63.4 km from the comet centre. The image scale is 5.4 m/pixel and it measures 5.5 km across. It shows the comet’s small lobe to the left, with the striking cliffs – now known as Hathor – clearly visible. In the foreground on the far right, the smooth Imhotep region can be seen on the large lobe.

This image is one of 12 featured in our  “Year at a comet” gallery and has not been previously published on the ESA Portal.