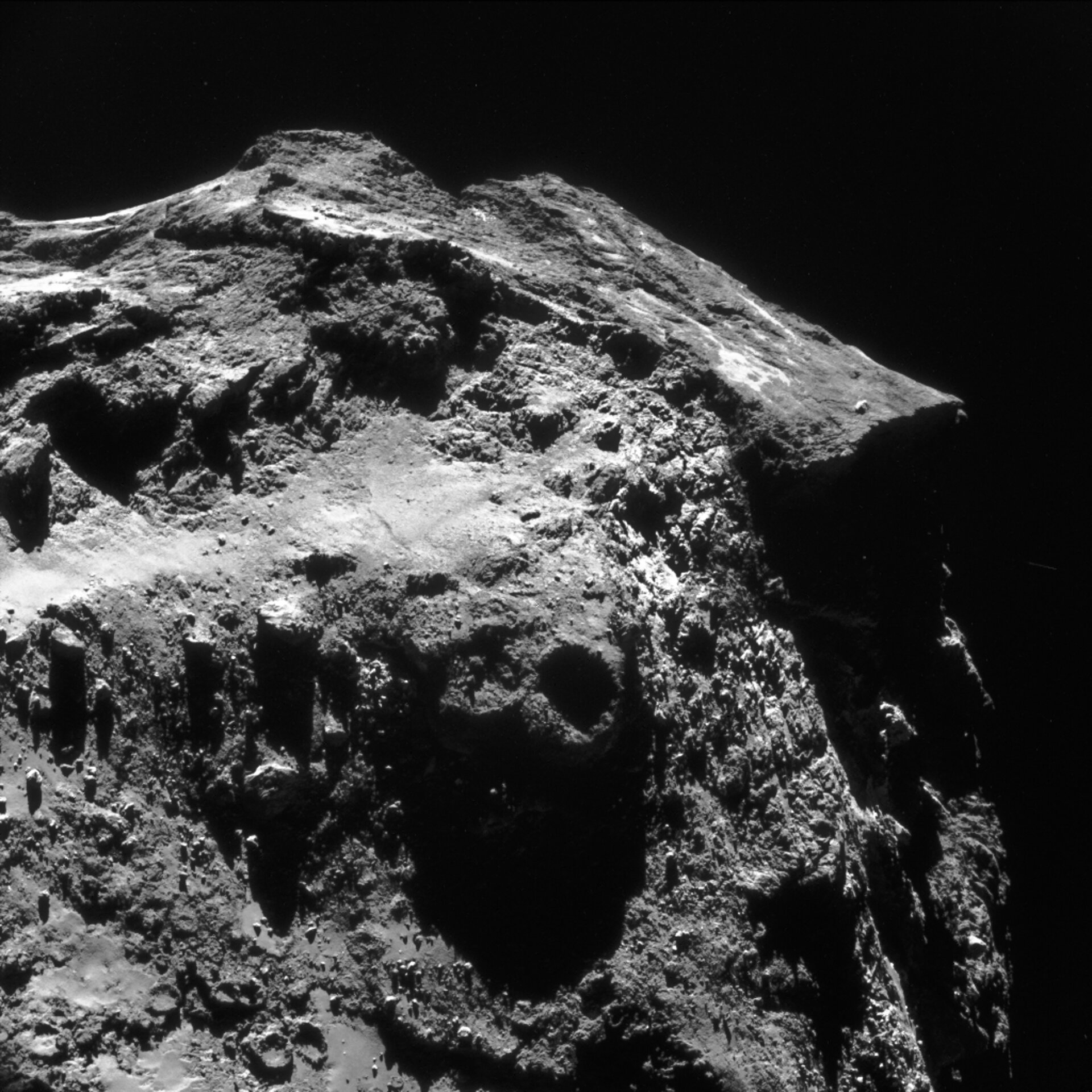 After the landing of Philae, the focus turned to Rosetta’s long-term study of Comet 67P/Churyumov–Gerasimenko, with observations from a 20 km orbit around the comet.

This image was captured on 14 December from a distance of 19.8 km from the comet centre and shows dramatic scenery on the comet’s large lobe, at the boundaries of Imhotep (bottom part of the scene), Apis (including part of the flat surface and shadowed region towards top right) and Ash (top left).

The image has a scale of 1.7 m/pixel and the image measures 1.7 km across.