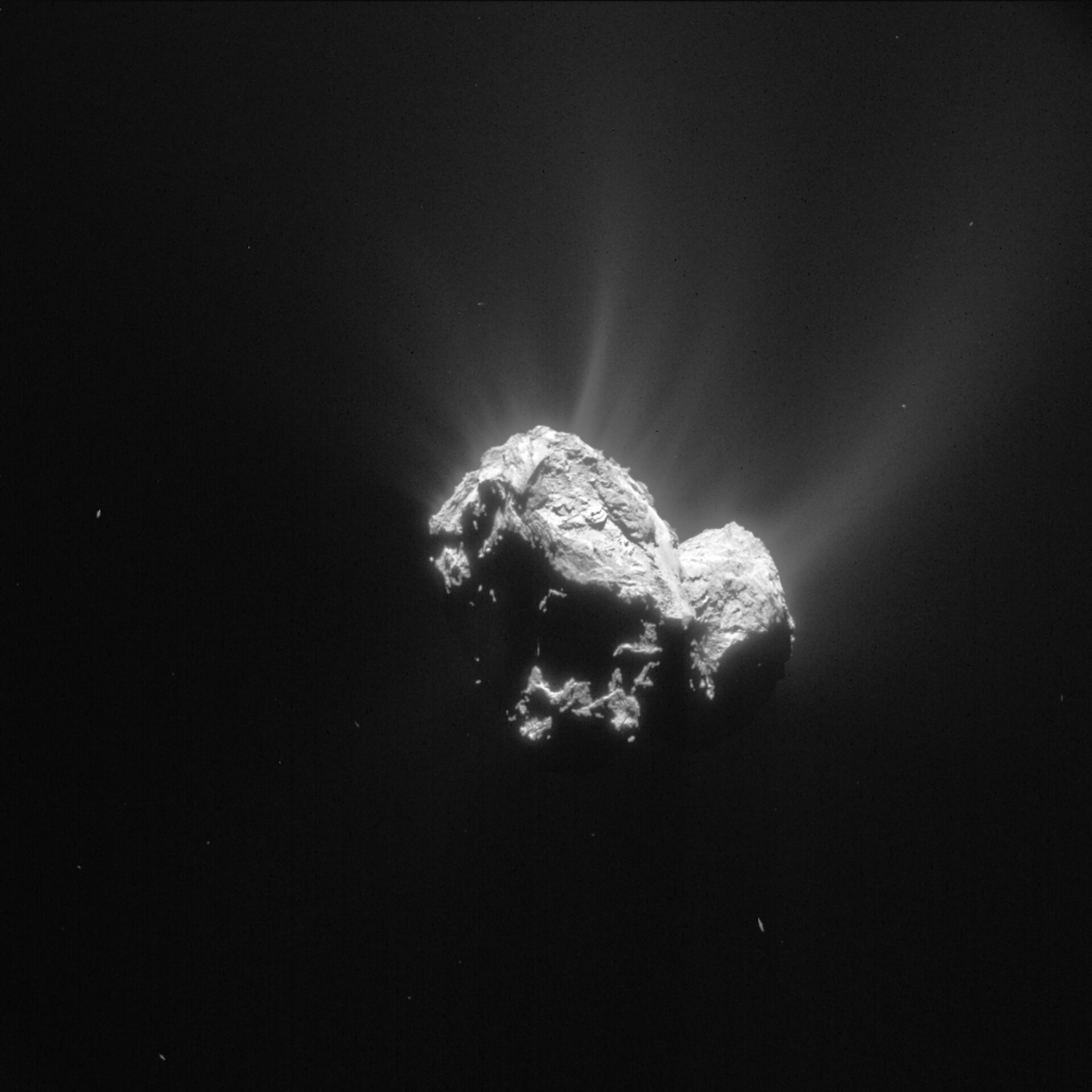 This image, taken on 4 May 2015 from a distance of 148 km, shows Comet 67P/Churyumov–Gerasimenko from an unusual angle. The small lobe is to the right of the image with the large lobe to the left, with much of the rugged Atum and part of the smoother Anubis regions on display. Hints of the Imhotep region can be seen, but it is largely cast in shadow, adding to the dramatic feel of the image.

Meanwhile activity can be seen all around the sunlit side of the comet, with streams of dust-laden gas appearing from both its large and small lobes.