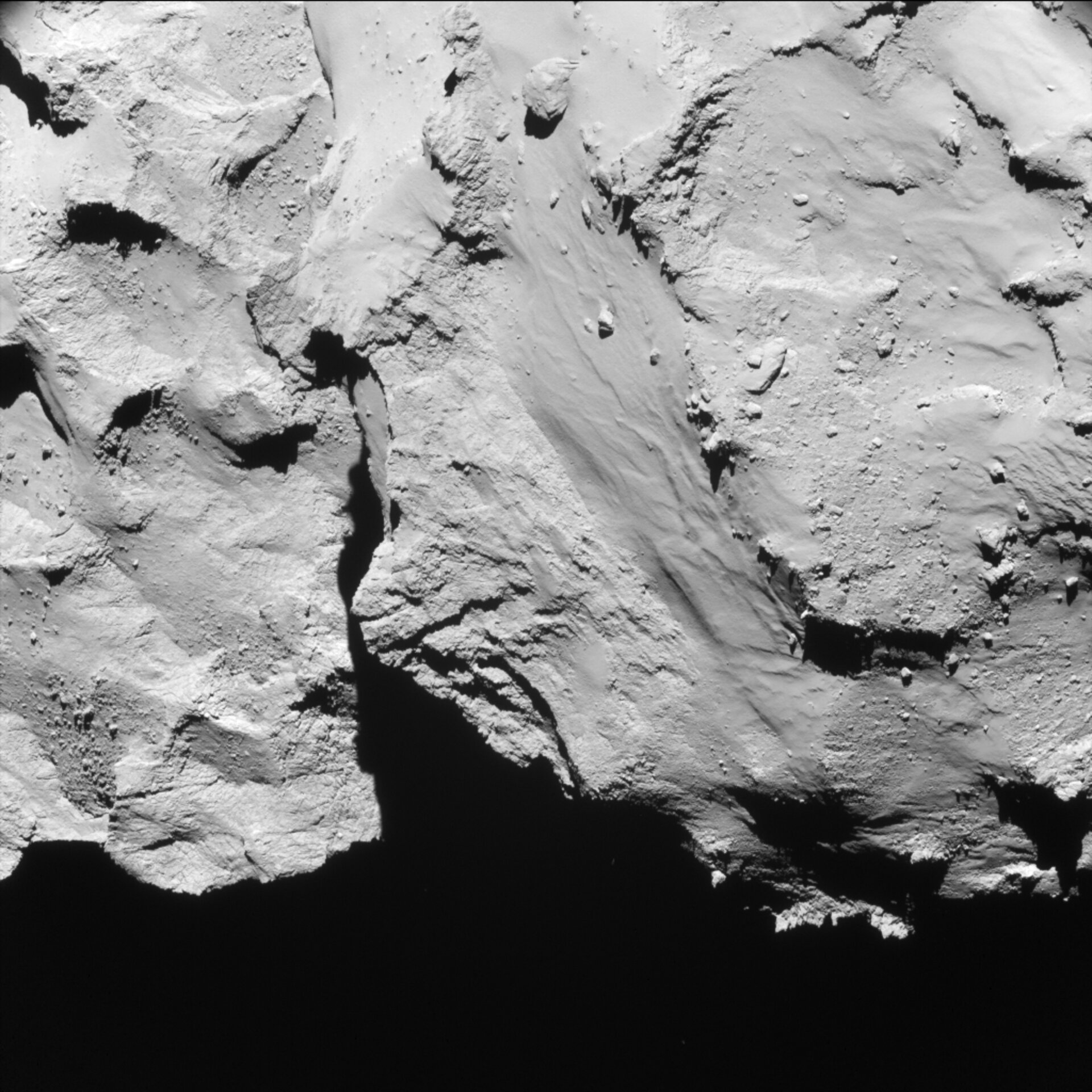 November 2014 will long be remembered for Philae’s landing on Comet 67P/Churyumov–Gerasimenko. At 08:35 GMT on 12 November, Rosetta deployed the lander, which touched down 7 hours later at Agilkia, before unexpectedly rebounding for a further two hours to land over 1 km away in an unknown location later named Abydos.

The image shown here was taken at 16:00 GMT from a distance of 17.4 km from the comet centre, about half an hour before Philae made its historic first touchdown. Agilkia is to the top right of the image. The image has a resolution of about 1.5 m/pixel and measures 1.5 km across.