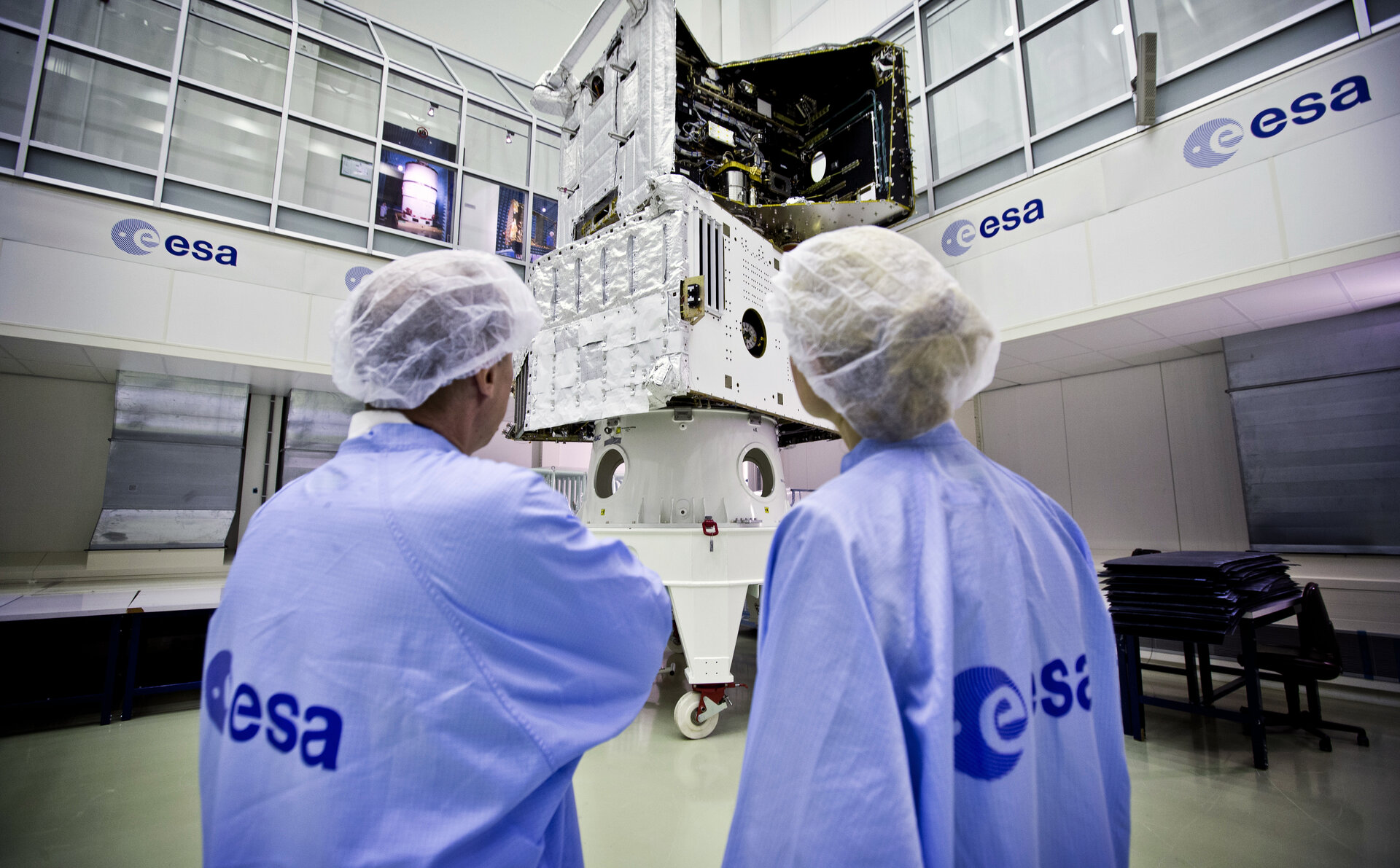 Modules of the BepiColombo spacecraft, which will be on public view during the Sunday 4 October Open Day of ESA’s ESTEC technical centre in the Netherlands.

This is the actual flight hardware, set to begin its seven-year cruise phase to Mercury with the rest of the BepiColombo spacecraft in January 2017.

Europe’s Mercury Planetary Orbiter is seen atop its carrier vehicle, the Mercury Transfer Module, tasked with reaching the vicinity of the innermost planet.

Not seen here is Japan’s Mercury Magnetosphere Orbiter, which will sit on top to complete the BepiColombo ‘stack’.

Japan’s craft will enter a highly elliptical orbit to study the planet’s enigmatically strong magnetic field, while ESA’s will go into an approximately 400 x 1500 km mapping orbit around Mercury.

BepiColombo is currently in ESTEC’s test centre in Noordwijk, the Netherlands, the largest spacecraft testing facility in Europe.

For your chance to see it for yourself, register to come to the ESTEC Open Day.