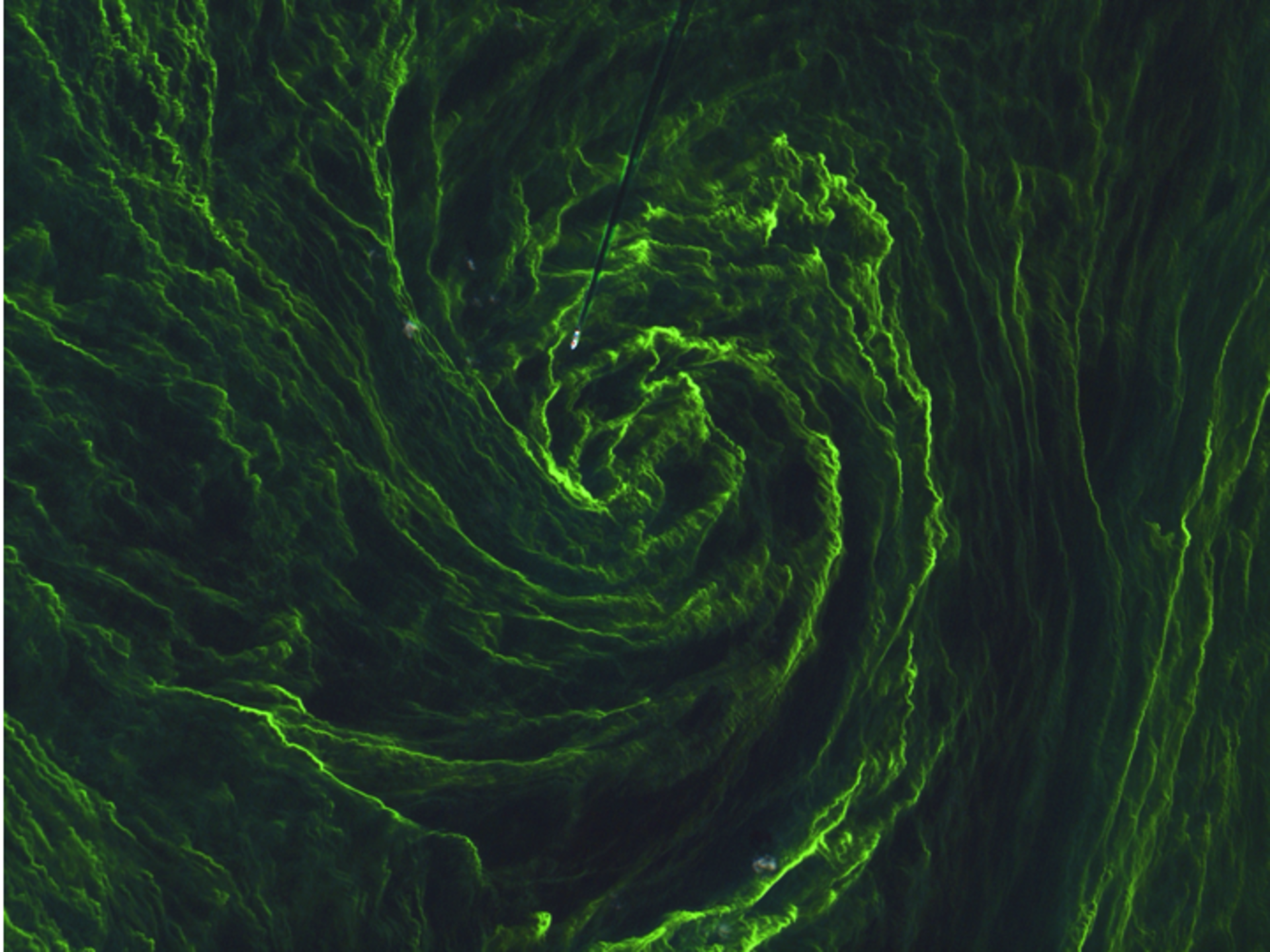 Eye of an algal storm

Sentinel-2A captured this detailed image of an algal bloom in the middle of the Baltic Sea on 7 August 2015. The image, which has a spatial resolution of 10 m, reveals the bloom in exquisite detail as well as a ship heading into the ‘eye of this algal storm’. The ship’s wake can be seen as a straight dark line where the bloom has been disturbed by the ship’s propellers.