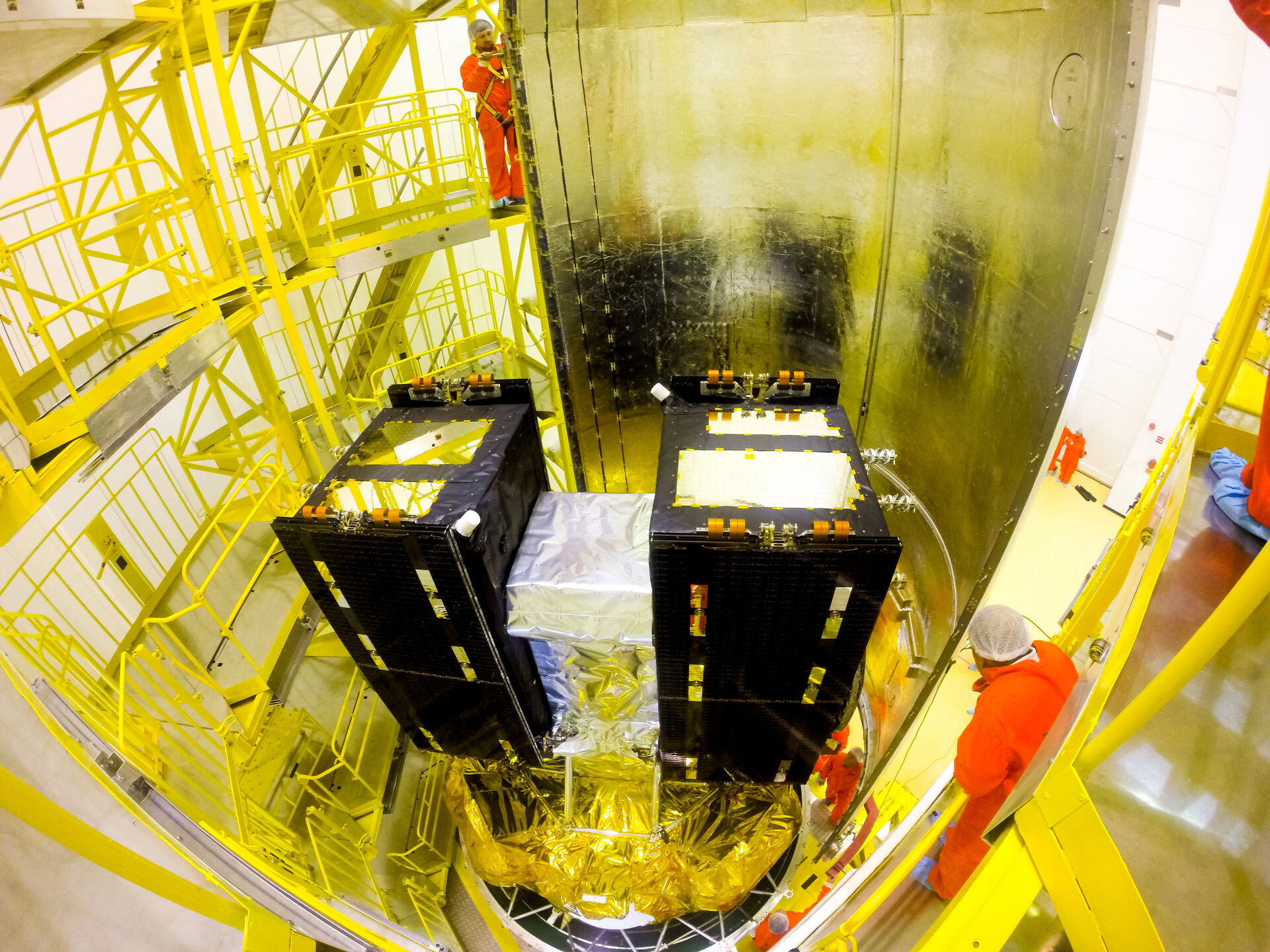 Galileo navigation satellites 9-10 are positioned inside the Soyuz fairing

Galileo navigation satellites 9-10 are positioned inside the Soyuz fairing, on 3 September 2015. They were attached to the vehicle adapter before being installed in the fairing.