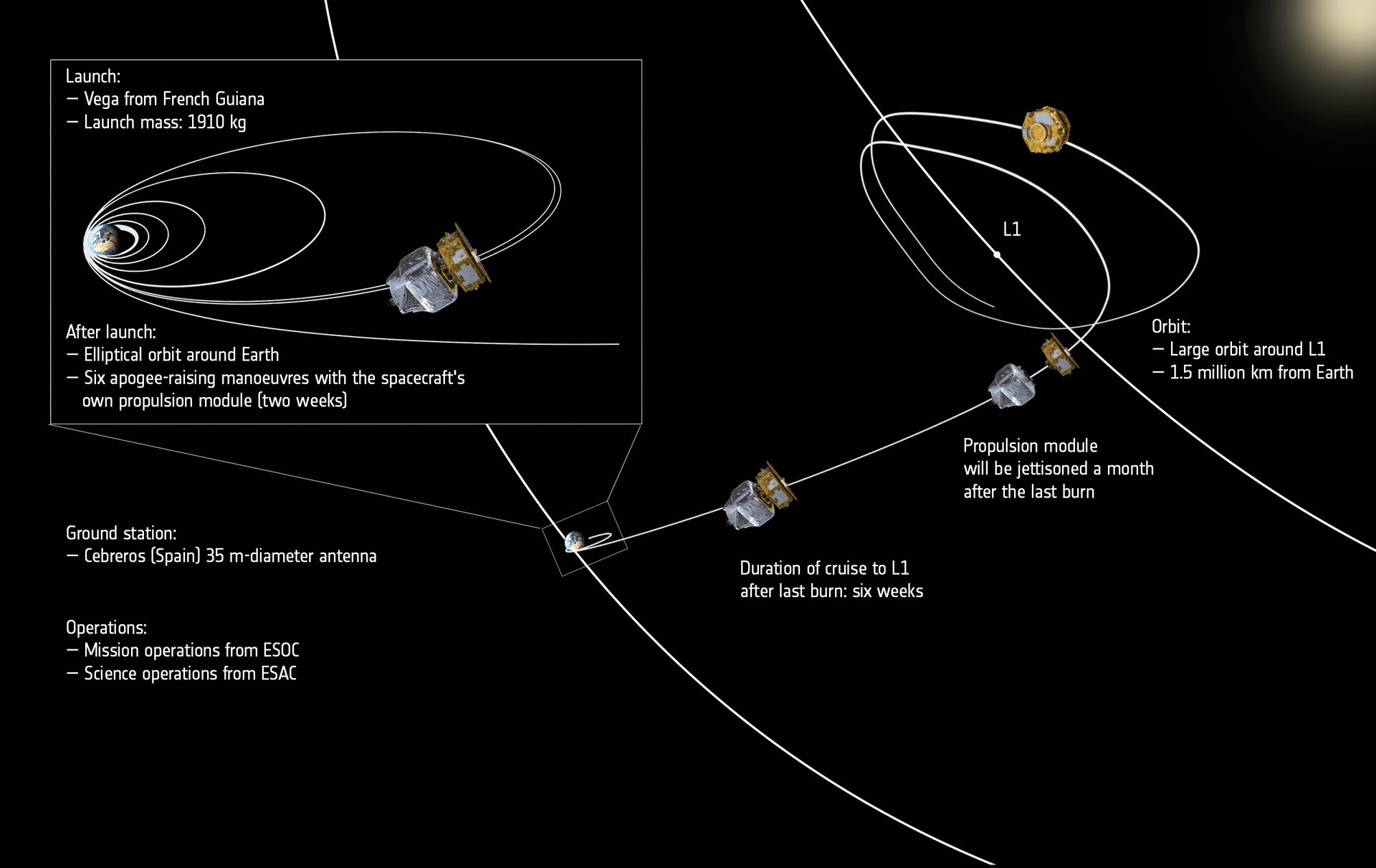 LISA Pathfinder’s journey from launch to its final destination, around the L1 Sun–Earth Lagrangian point some 1.5 million km away from Earth towards the Sun.

Insert: LISA Pathfinder will be launched in late 2015 on a Vega rocket from Europe’s Spaceport in French Guiana. Vega, designed to take small payloads into low orbit, will place LISA Pathfinder into an elliptical orbit, with a perigee (closest approach) of 200 km, apogee (furthest approach) of 1540 km, and angled about 6.5º to the equator. Then, when Vega’s final stage is jettisoned, LISA Pathfinder will continue under its own power, beginning a series of six apogee-raising manoeuvres powered by its own propulsion system. These manoeuvres will be completed two weeks after launch.

After this, LISA Pathfinder will cruise towards its final orbiting location. A month after its final burn, it will jettison its propulsion module and continue its journey before settling into an orbit around the L1 Sun–Earth Lagrangian point. The entire journey, from launch to arrival at the operational orbit around L1 will take about eight weeks.