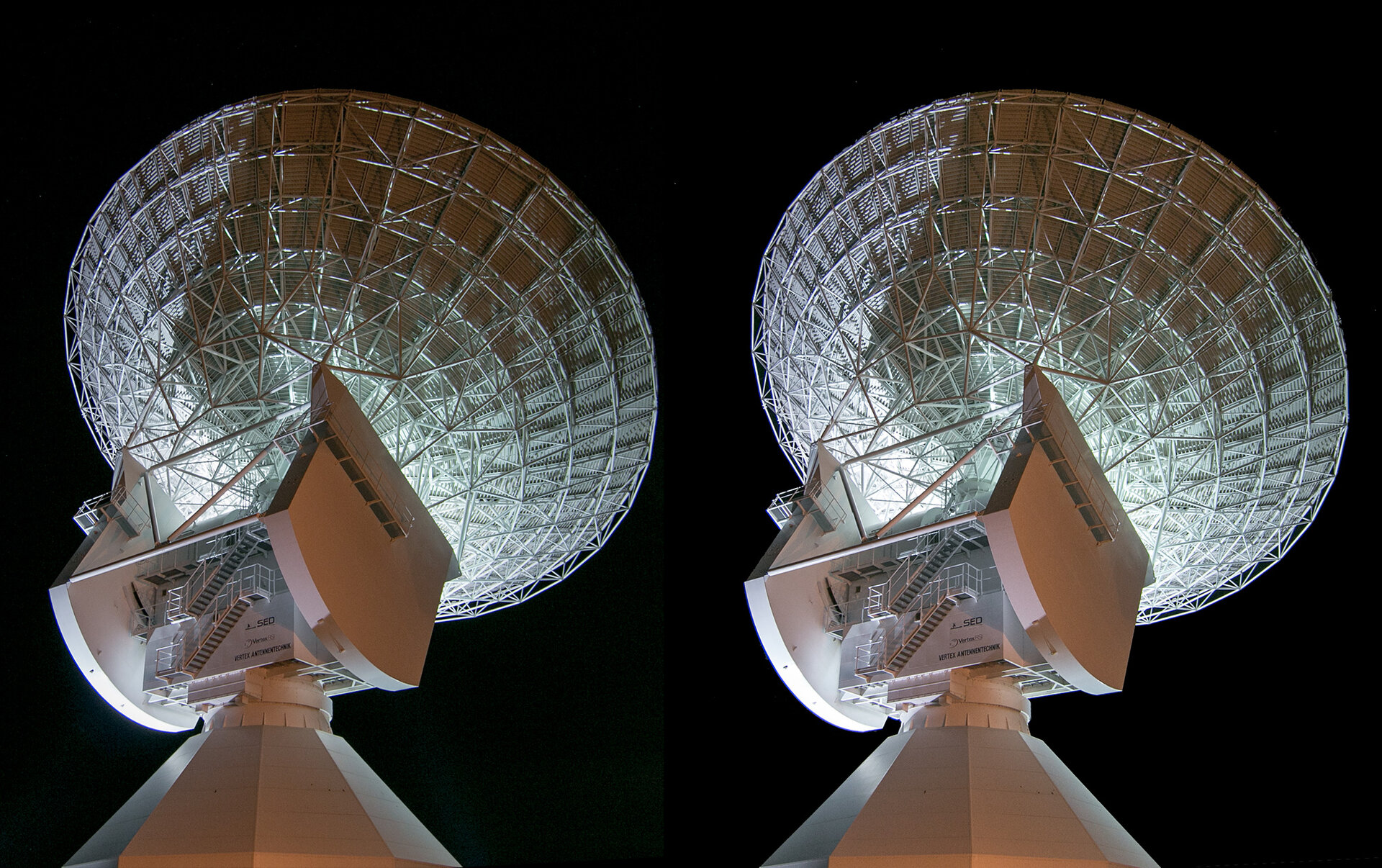 This stereo image, taken on 3 August 2015, shows ESA’s 35 m-diameter deep-space tracking dish at New Norcia, Western Australia, at night. It can be viewed using a stereoscopic viewer, such as Google Cardboard.

This Deep Space Antenna, DSA-1, regularly communicates with distant spacecraft such as Mars Express, Rosetta and Gaia. In the near future, it will also work with BepiColombo at Mercury, LISA Pathfinder and ExoMars.

In 2014, it beamed commands and received data from Rosetta, voyaging 800 million km away. On 12 November 2014, it received data relayed by Rosetta as DLR's Philae craft landed on its target comet.

Despite the moveable structure weighing 580 tonnes, engineers can point it accurately at 1 degree per second in the horizontal and vertical axes.

On 3 August, the dish was illuminated for that evening’s photography – it usually operates in the dark to reduce power usage and avoid light pollution.