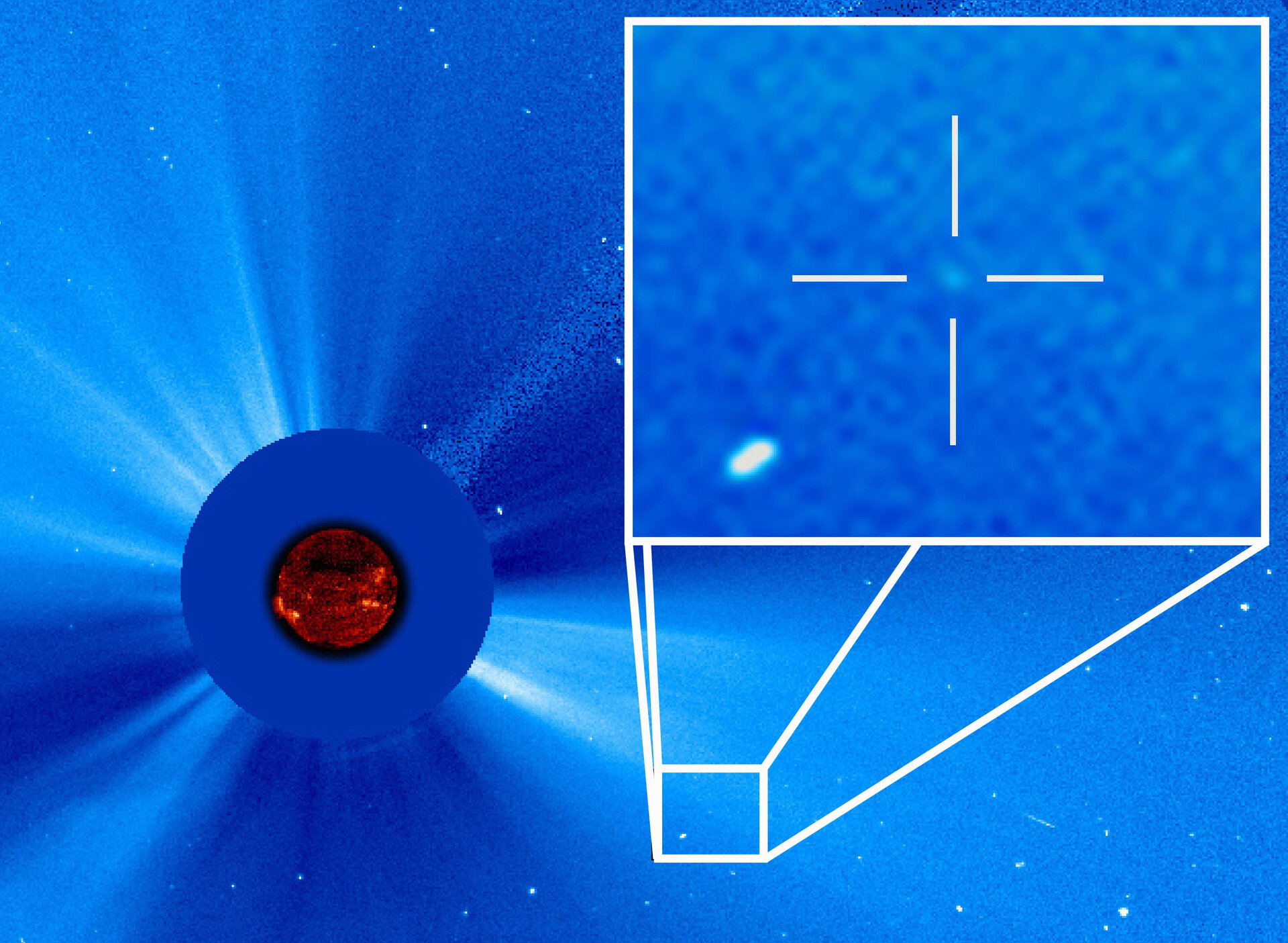 The ESA/NASA Solar and Heliospheric Observatory, SOHO, detected its 3000th comet on 14 September 2015, seen as the dot in the crosshairs in the inset heading towards the Sun (left). It was spotted by Worachate Boonplod of Samut Songkhram, Thailand.

SOHO was launched in 1995 to observe the Sun and its stormy atmosphere, and the flow of the solar wind out into interplanetary space. The telescope’s prowess as a comet-hunter, however, was unplanned, but turned out to be an unexpected success. With its clear view of the Sun’s surroundings, SOHO can easily spot a special kind of comet called a sungrazer – so-called because of their close approach to the Sun.

Around 95% of SOHO comets have been found by ‘citizen scientists’ thanks to the SOHO data being publicly available online in near-real time.