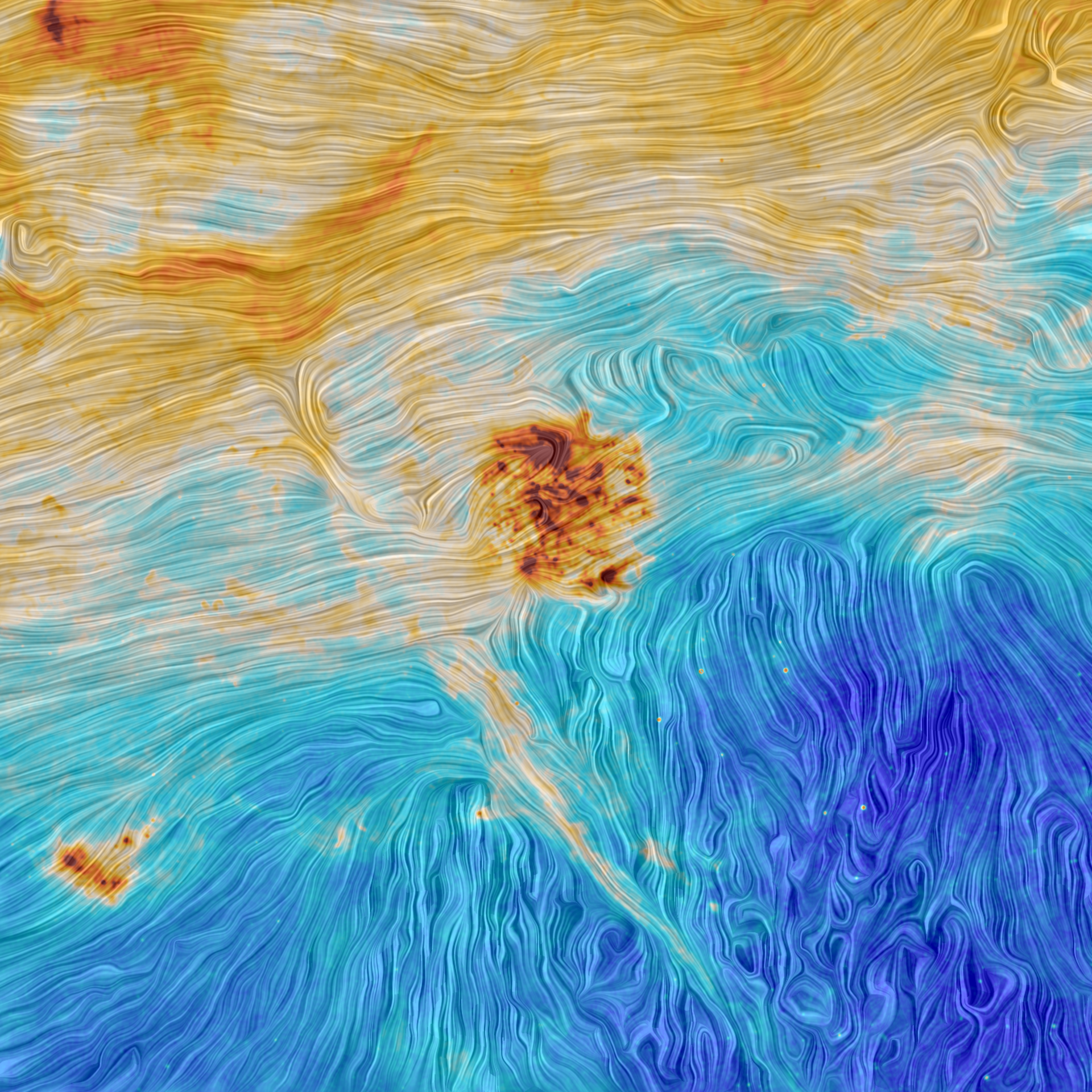 The Magellanic Clouds and an interstellar filament

At around ten and seven billion times the mass of our Sun, respectively, these are classed as dwarf galaxies. As a comparison, the Milky Way and another of its neighbours, the Andromeda galaxy, boast masses of a few hundred billion solar masses each.

The Magellanic Clouds are not visible from high northern latitudes and were introduced to European astronomy only at the turn of the 16th century. However, they were known long before by many civilisations in the southern hemisphere, as well as by Middle Eastern astronomers.

Planck detected the dust between the stars pervading the Magellanic Clouds while surveying the sky to study the cosmic microwave background – the most ancient light in the Universe – in unprecedented detail. In fact, Planck detected emission from virtually anything that shone between itself and the cosmic background at its sensitive frequencies.

These foreground contributions include many galaxies, near and far, as well as interstellar material in the Milky Way. Astronomers need to remove them in order to access the wealth of cosmic information contained in the ancient light. But, as a bonus, they can use the foreground observations to learn more about how stars form in galaxies, including our own.

Interstellar dust from the diffuse medium that permeates our Galaxy can be seen as the mixture of red, orange and yellow clouds in the upper part of this image, which belong to a large star-forming complex in the southern constellation, Chameleon.

In addition, a filament can also be seen stretching from the dense clouds of Chameleon, in the upper left, towards the opposite corner of the image.

Apparently located between the two Magellanic Clouds as viewed from Planck, this dusty filament is in fact much closer to us, only about 300 light-years away. The image shows how well this structure is aligned with the galaxy’s magnetic field, which is represented as the texture of the image and was estimated from Planck’s measurements.

The lower right part of the image is one of the faintest areas of the sky at Planck’s frequencies, with the blue hues indicating very low concentrations of cosmic dust. Similarly, the eddy-like structure of the texture is caused primarily by instrument noise rather than by actual features in the magnetic field.

The emission from dust is computed from a combination of Planck observations at 353, 545 and 857 GHz, whereas the direction of the magnetic field is based on Planck polarisation data at 353 GHz. The image spans about 40º.