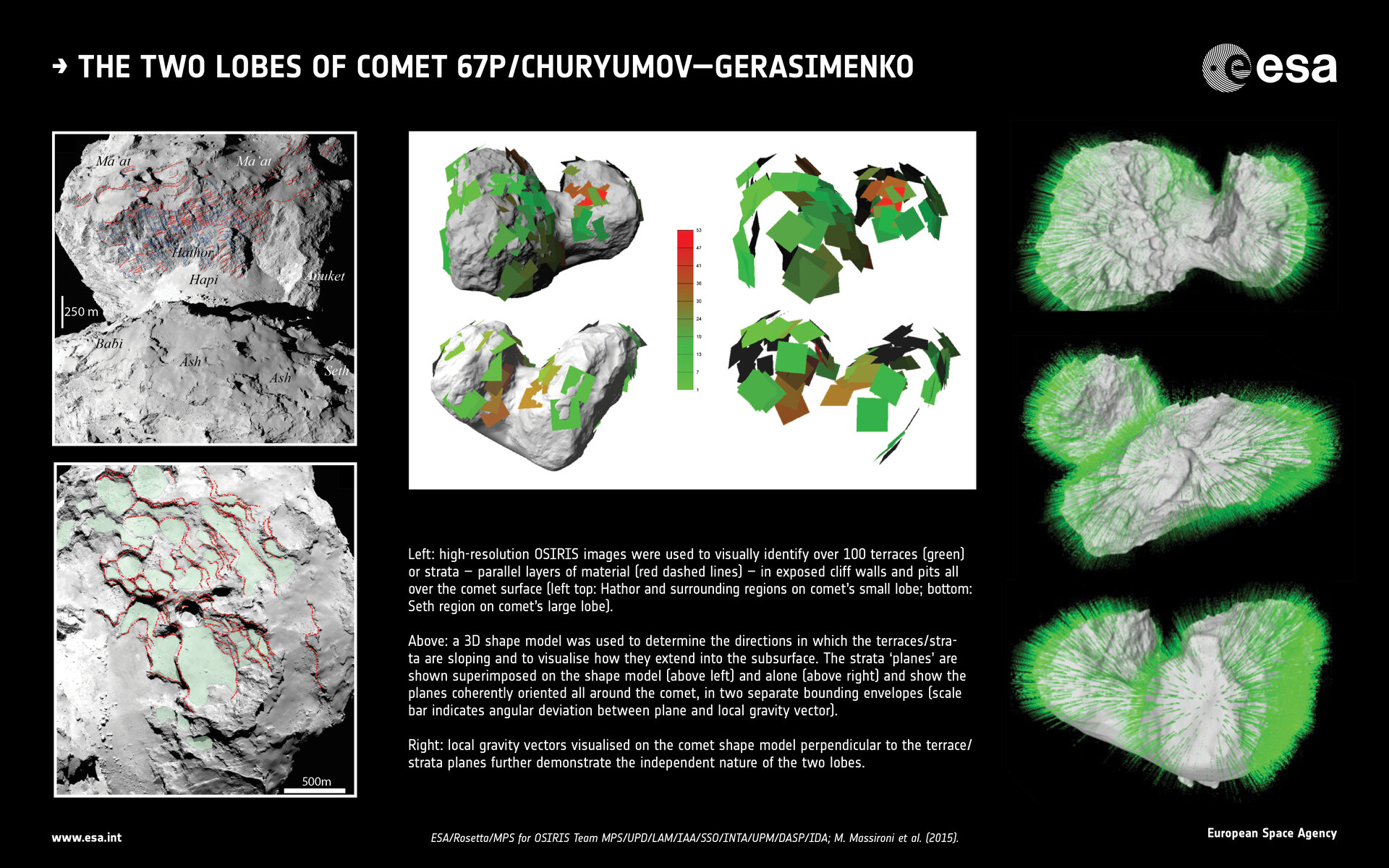 Middle: a 3D shape model was used to determine the directions in which the terraces/strata are sloping and to visualise how they extend into the subsurface. The strata ‘planes’ are shown superimposed on the shape model (left panel) and alone (right panel) and show the planes coherently oriented all around the comet, in two separate bounding envelopes (scale bar indicates angular deviation between plane and local gravity vector).

More information: How Rosetta's comet got its shape