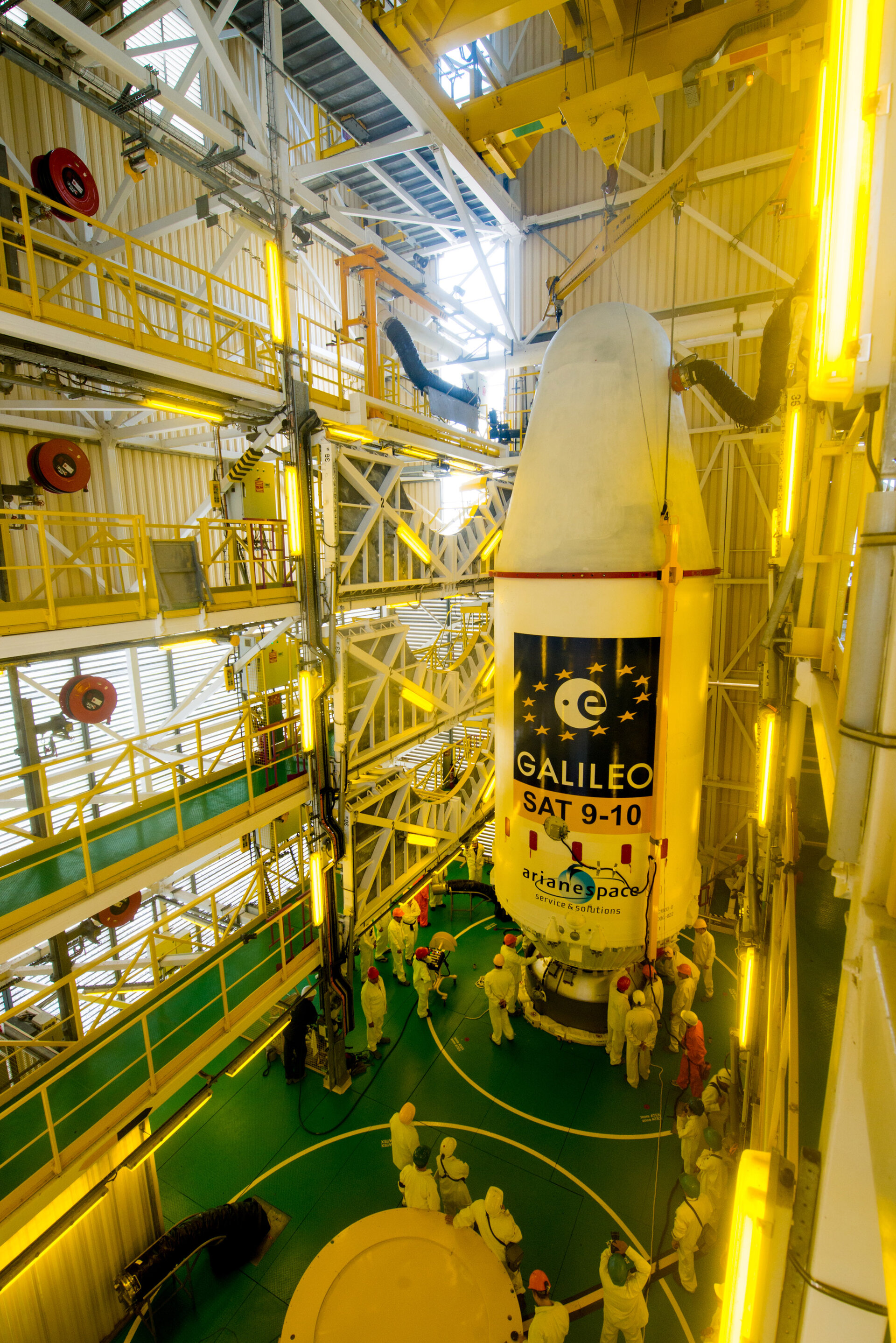 Upper composite being placed on Soyuz

The ‘upper composite’, containing the ninth and tenth Galileo satellites attached to their dispenser atop the Fregat upper stage inside the launcher fairing, are moved from the S3B building to the Soyuz launch site of Europe’s Spaceport.