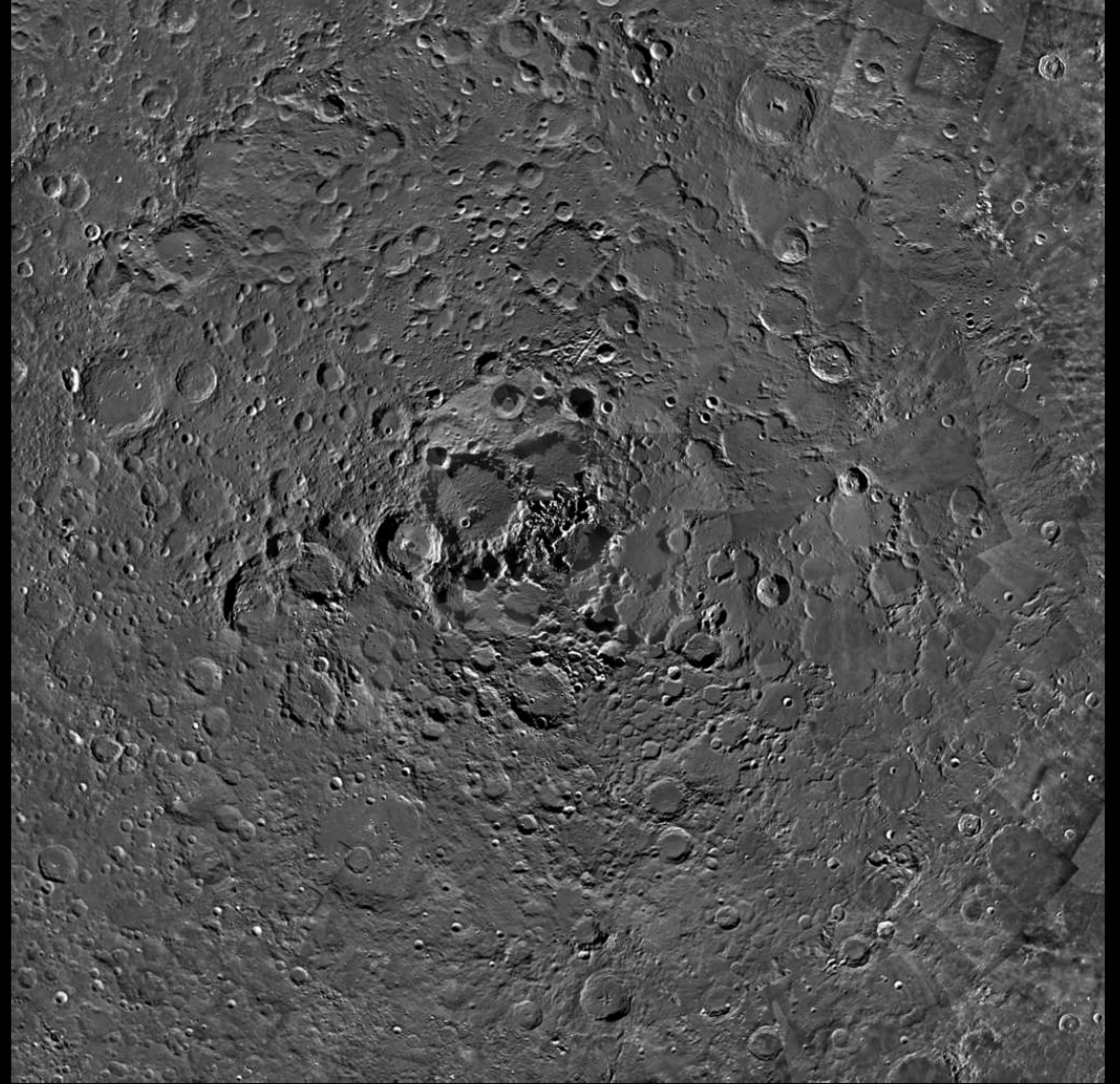 The pockmarked landscape captured in this image from ESA’s SMART-1 mission is the surface of our Moon. Some of the many craters scattered across the lunar surface are clearly visible, records of the many impacts that have plagued it.

At the very centre of this image is the lunar north pole, captured in detail during ESA’s mission. The image shows the characteristic craters of the Moon, present in all shapes and sizes. The largest in view is Rozhdestvenskiy, sandwiched between Hermite to the northeast and Plaskett to the southwest.

SMART-1 orbited the moon from 2004 to 2006 collecting around 32 000 images of small areas. In order to create an image covering a large region like this one (60º in width) and showing the peaks and craters in context, hundreds of these individual images had to be pieced together into a mosaic – no easy task.

The biggest challenge in creating this mosaic was the changing lighting conditions. Despite the “dark side of the Moon” misnomer, both sides of the Moon do experience night and day in the same way. The far, or ‘dark’, side has ‘days’ of two weeks just like the nearside and is ‘dark’ only in the sense that it was unknown to humans before the arrival of space probes.

At the Moon’s north pole, pictured here, as is the case across all areas of the Moon, the Sun illuminates from different directions. As the Sun moves across the Moon’s sky, new areas are illuminated and shadows spread and move. This means that many of the images used for the mosaic are lit from different directions. This is why, on close inspection, faint squares can be found in the mosaic where two images of different illumination butt up against one another.

The overall effect however, was worth the labour, and the resulting image gives us a fresh perspective on our natural satellite. Astronomers can use images like these to identify peaks on the north pole that are almost always lit and areas deep inside its largest craters that may never see daylight. These areas of constant shadow are of particular interest because frozen within them could be water ice and clues to the history of the Solar System.