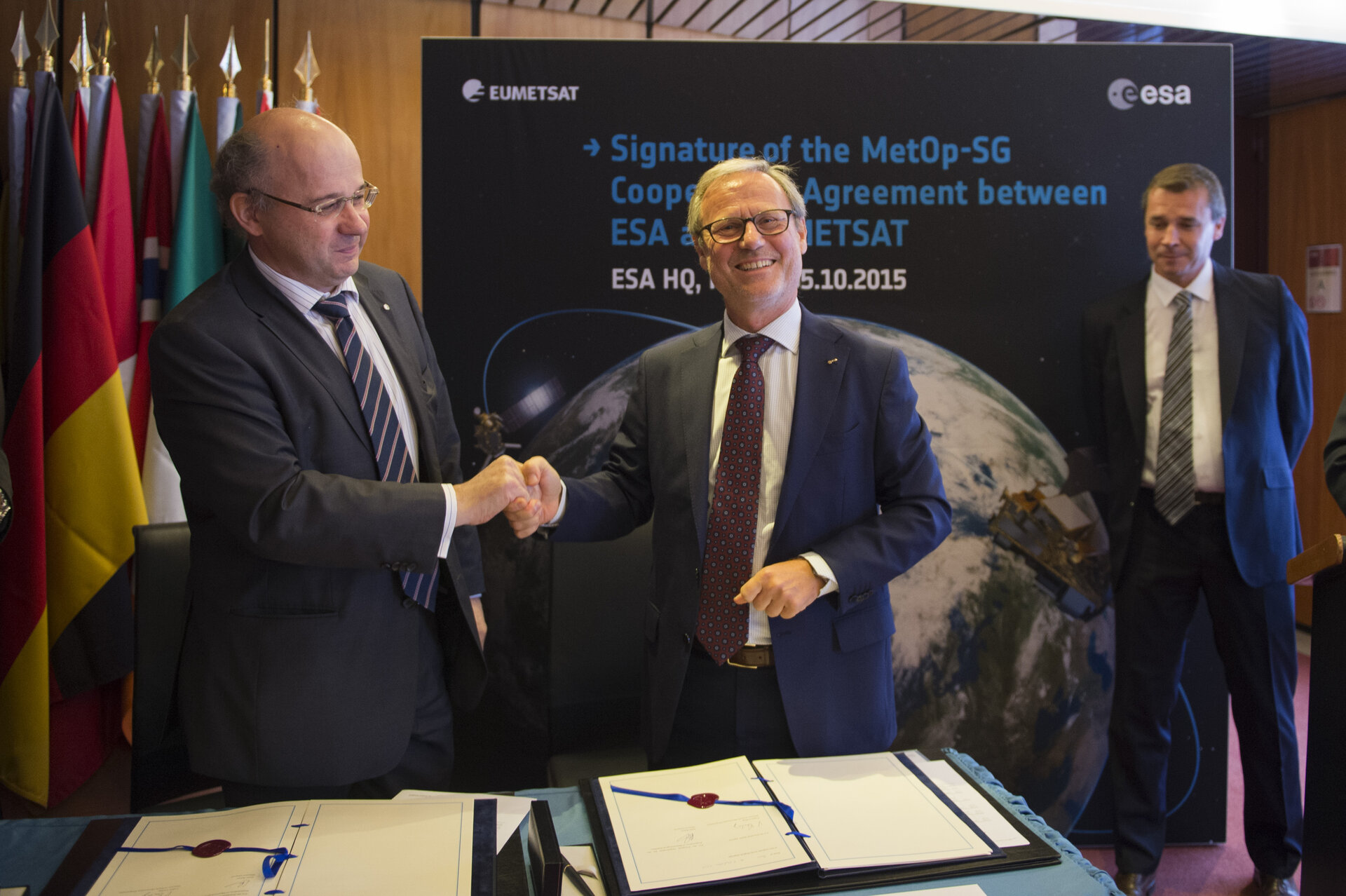 The agreement secures the continued development of the MetOp Second Generation satellites, which will start providing meteorological observations from polar orbit in mid-2021.

MetOp-SG is a cooperative undertaking between ESA and EUMETSAT, the European Organisation for the Exploitation of Meteorological Satellites.

The MetOp-SG satellites, which form the space segment of EUMETSAT’s Second Generation Polar System, will deliver critical, operational, meteorological observations from polar orbit from 2021 to the mid-2040s. This new generation of satellites will provide enhanced continuity of the current MetOp series, today’s main source of global data for Numerical Weather Prediction, and will also introduce several new measurements. Comprising six satellites, MetOp-SG will operate as a dual system, with an atmospheric sounding and optical imaging instruments on the MetOp-SG-A series and a microwave imaging instrument on MetOp‑SG‑B. The new system will deliver significant improvements for weather forecasting, atmospheric chemistry, operational oceanography, hydrology and climate monitoring. The first A satellite is planned to be launched in mid‑2021, followed by the first B satellite 18 months later. Each series will consist of three satellites to provide 21 years of operations.

Through the agreement, ESA is responsible for the funding and development of the first satellites of the A and B series fulfilling user and system requirements defined by EUMETSAT and for the procurement of the recurrent satellites on its behalf. EUMETSAT procures all the launch services and develops the ground systems required to control the satellites, acquire and process their data and deliver products and services to users in response to their evolving needs. EUMETSAT also integrates and tests the full system that it will operate over two decades for the benefit of users.

With the agreement now in place the next phase of the mission, which entails the detailed design and manufacture of the satellites and associated instruments, will formally start in November upon completion of the Preliminary Design Review.