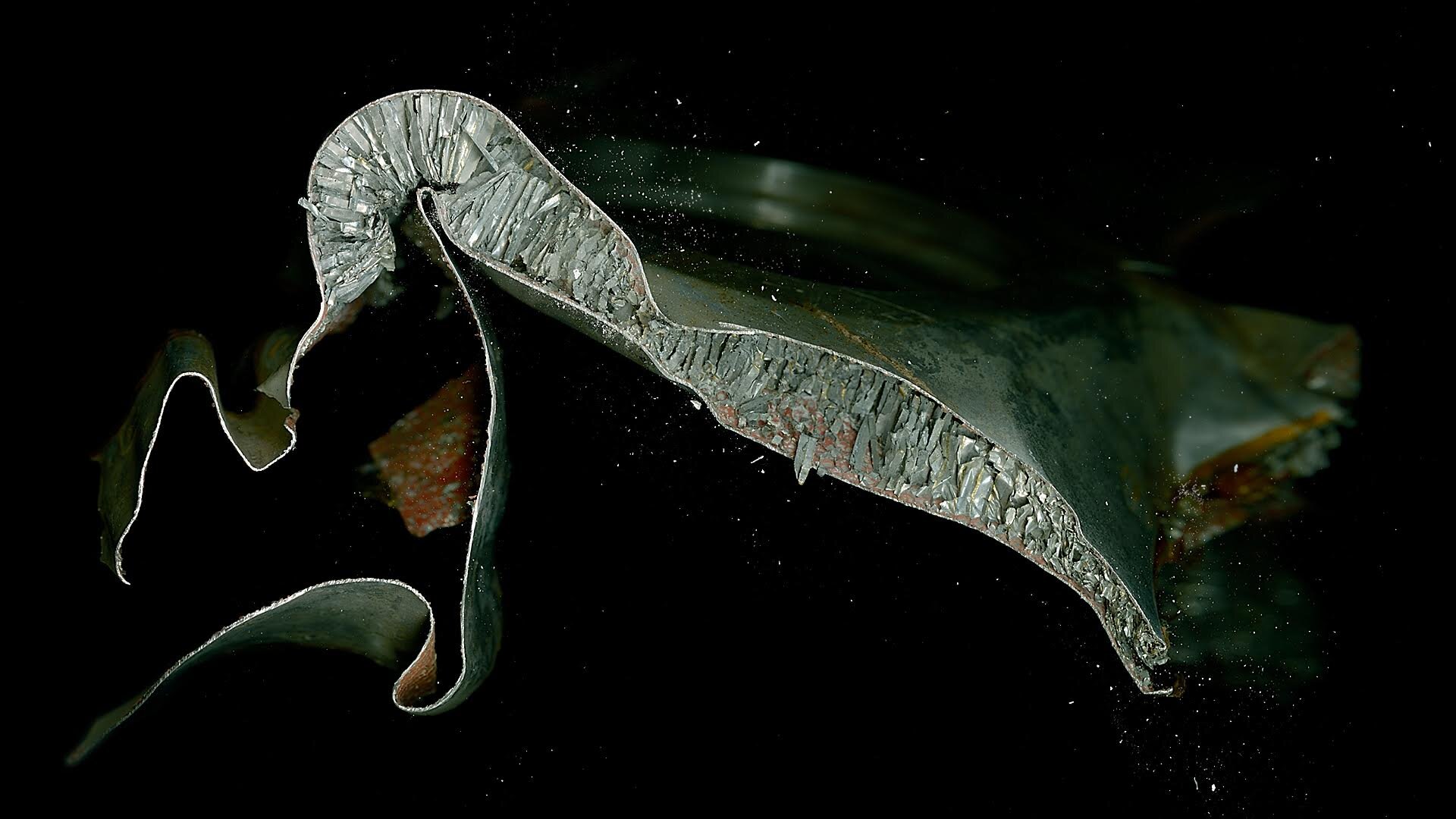 Human spaceflight and operations image of the week for 27 October 2015: All Hallows’ Eve celebrates the cycle of destruction and rebirth, which our Cluster mission knows well.

This is a high-resolution scan of a debris fragment recovered after the launch loss of the first Cluster mission, in 1996.

It was included in an art installation displayed at ESA’s ESOC operations centre in September, as part of the celebration of 15 years in orbit for the second set of Cluster satellites.

On 4 June 1996, the maiden flight of the Ariane 5 rocket ended in a spectacular explosion just seconds after liftoff from ESA’s Spaceport in Kourou, French Guiana, at a height of 3500 m. The failure was later determined to be an error in the control software. Debris was scattered over many square kilometres of swamp, ocean and savanna.

Ariane was carrying the four satellites of the new Cluster mission, set to investigate Earth’s magnetic environment and its 3D interaction with the solar wind.

The mission was considered so crucial that the satellites were rebuilt and, in 2000, Cluster was relaunched, becoming the first with four identical spacecraft flying in formation to study the Sun–Earth interaction. Today, the quartet continues to unravel the secrets of the invisible particles and magnetic fields that envelop our planet.

In 2015, ESA celebrates 15 years of teamwork, extraordinary flight operations and the wealth of scientific discoveries returned by Cluster.

To mark this anniversary, artist Sascha Mikloweit was invited to work with some of the original Cluster debris. His installation, All Parts of the Subsystem are Present, was displayed at ESOC and comprised debris fragments, very-high-resolution image scans and video.

“All Hallows’ Eve reminds us of destruction and birth, perhaps the most essential cycle in our Universe, whether applied to galaxies, stars, rocketships or humans,” says Sascha.

“This image symbolises that cycle, celebrating the loss, rebirth and now 15 years of scientific success that is the Cluster mission.”