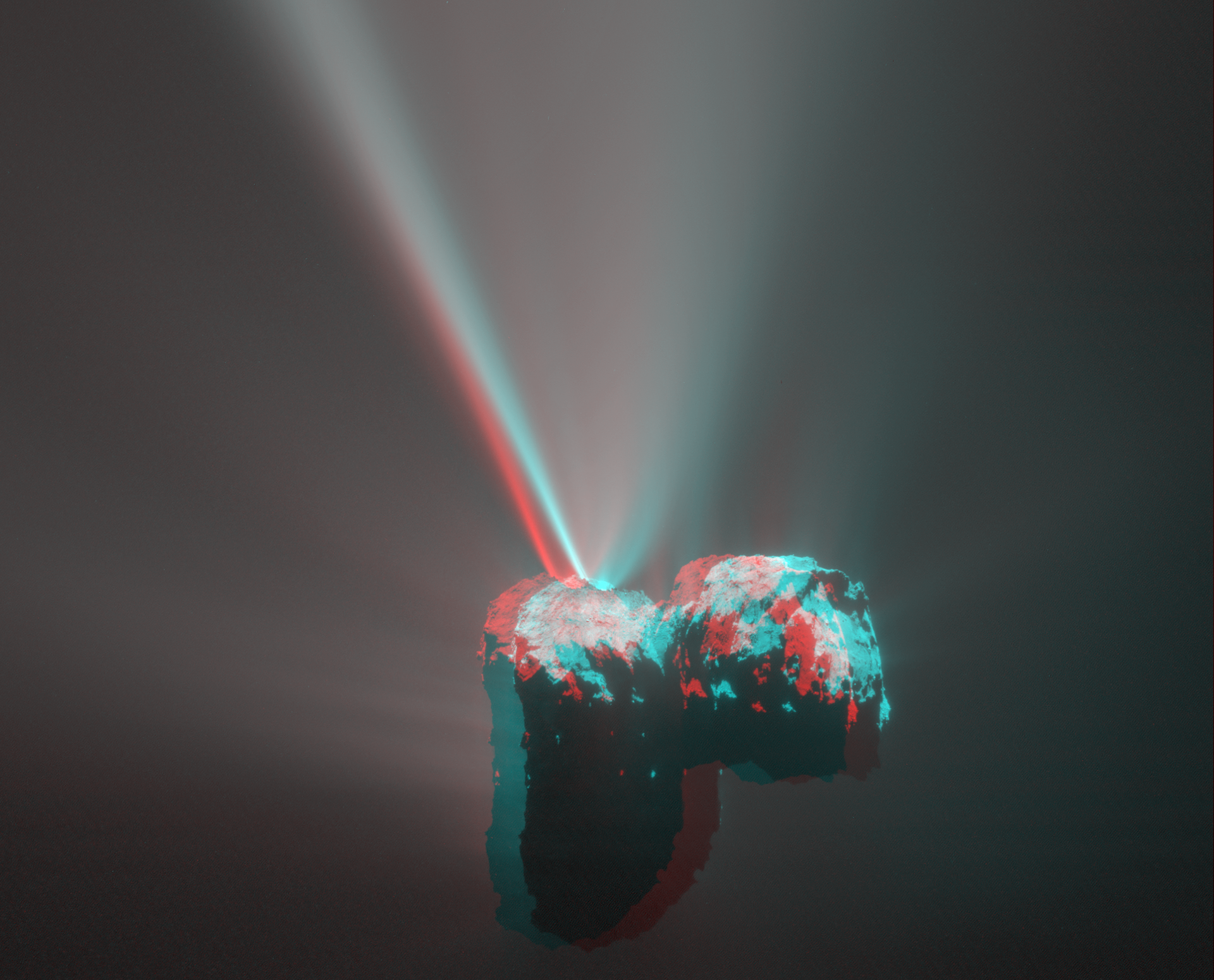 A 3D anaglyph view of Comet 67P/Churyumov–Gerasimenko based on two images from Rosetta’s OSIRIS camera on 12 August 2015, capturing a spectacular jet. The two images are separated by 2 minutes 28 seconds, which corresponds to a stereo angle of 1.2º. The image scale is 3.9 m per pixel. In this orientation the Babi and Aker regions are visible on the large lobe to the left, while Ma’at and the circular Hatmehit depression are seen on the small lobe to the right. Diffuse dust emission and other jets are visible all around the nucleus.

The image is best enjoyed with red–blue/green 3D anaglyph glasses.

More information via the blog: Comet jet in 3D