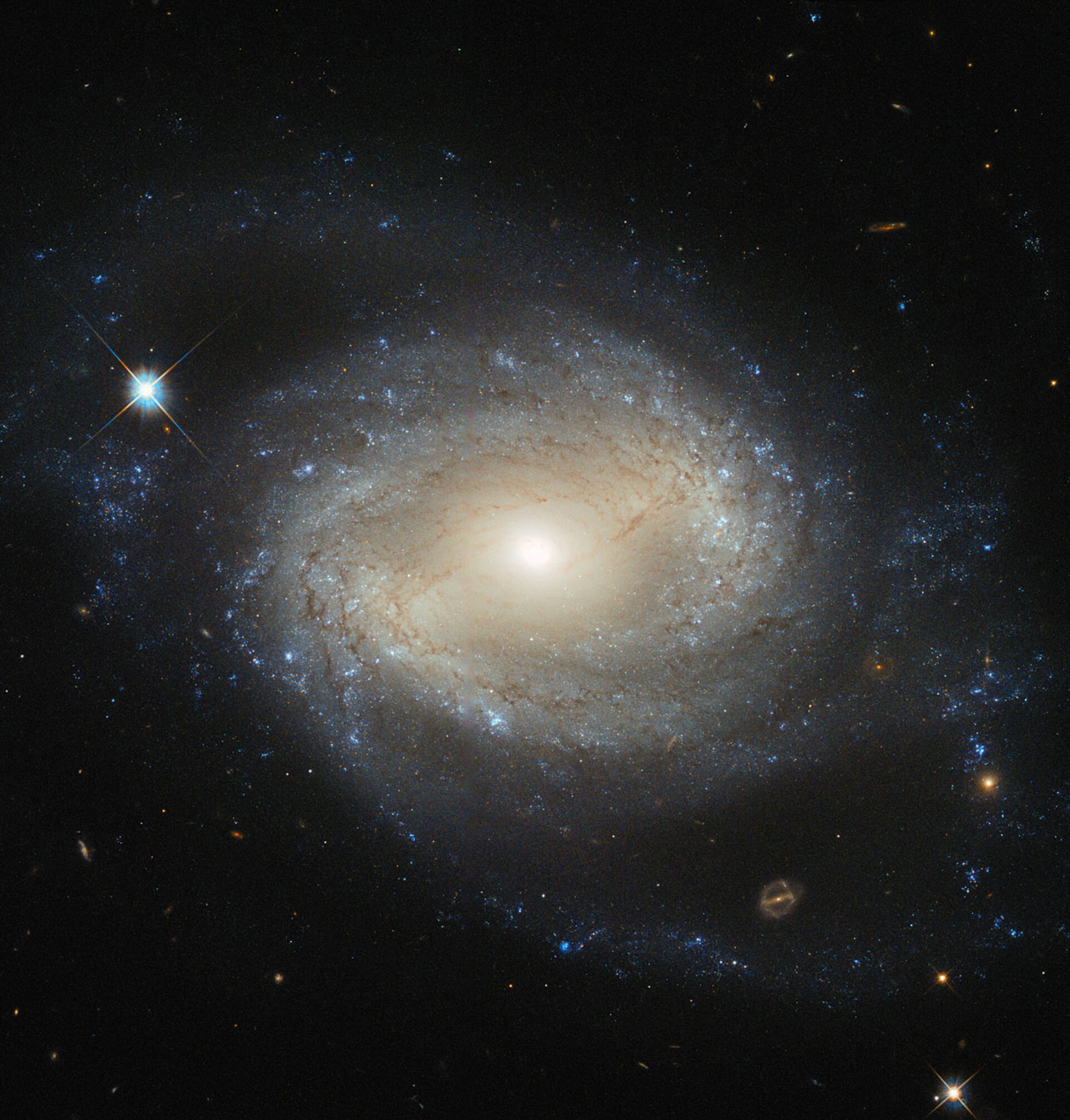 NGC 4639 is a beautiful example of a type of galaxy known as a barred spiral. It lies over 70 million light-years away in the constellation of Virgo and is one of about 1500 galaxies that make up the Virgo Cluster.

In this image, taken by the NASA/ESA Hubble Space Telescope, one can clearly see the bar running through the bright, round core of the galaxy. Bars are found in around two thirds of spiral galaxies, and are thought to be a natural phase in their evolution.

The galaxy’s spiral arms are sprinkled with bright regions of active star formation. Each of these tiny jewels is actually several hundred light-years across and contains hundreds or thousands of newly formed stars. But NGC 4639 also conceals a dark secret in its core — a massive black hole that is consuming the surrounding gas.

This is known as an active galactic nucleus (AGN), and is revealed by characteristic features in the spectrum of light from the galaxy and by X-rays produced close to the black hole as the hot gas plunges towards it.

Most galaxies are thought to contain a black hole at the centre. NGC 4639 is in fact a very weak example of an AGN, demonstrating that AGNs exist over a large range of activity, from galaxies like NGC 4639 to distant quasars, where the parent galaxy is almost completely dominated by the emissions from the AGN.