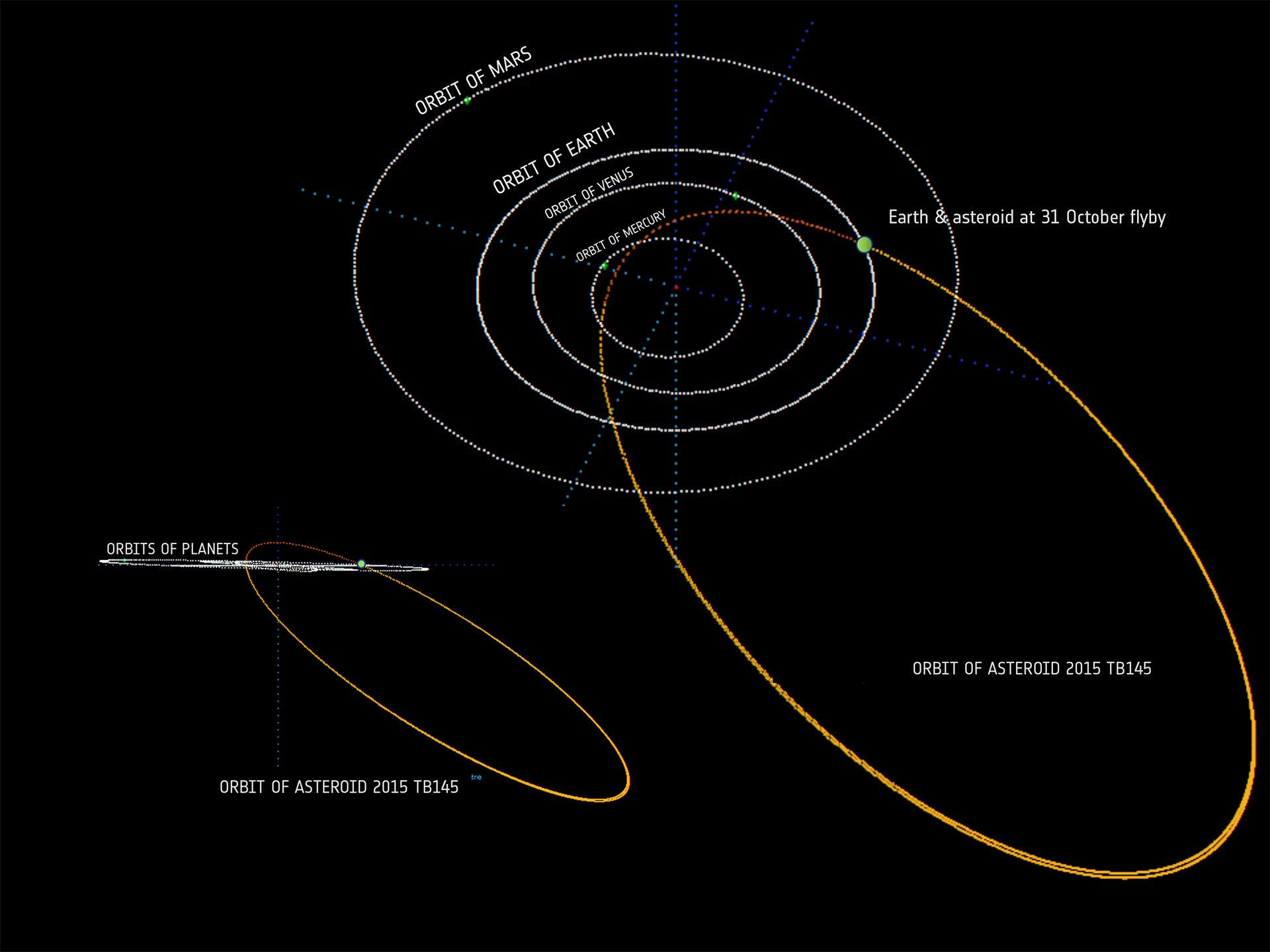 Halloween, according to some, is a time to be afraid, but no one need fear asteroid 2015 TB145, a 400 m-class near-Earth object (NEO) that will pass safely by at 17:00 GMT (18:00 CET) on 31 October. The space rock was discovered only on 10 October 2015 by the Pan-STARRS survey in Hawaii. On 11 October, just 12 hours after its discovery, the object was first confirmed by ESA’s NEO Coordination Centre using observations from the Agency’s Optical Ground Station, Tenerife, Spain.