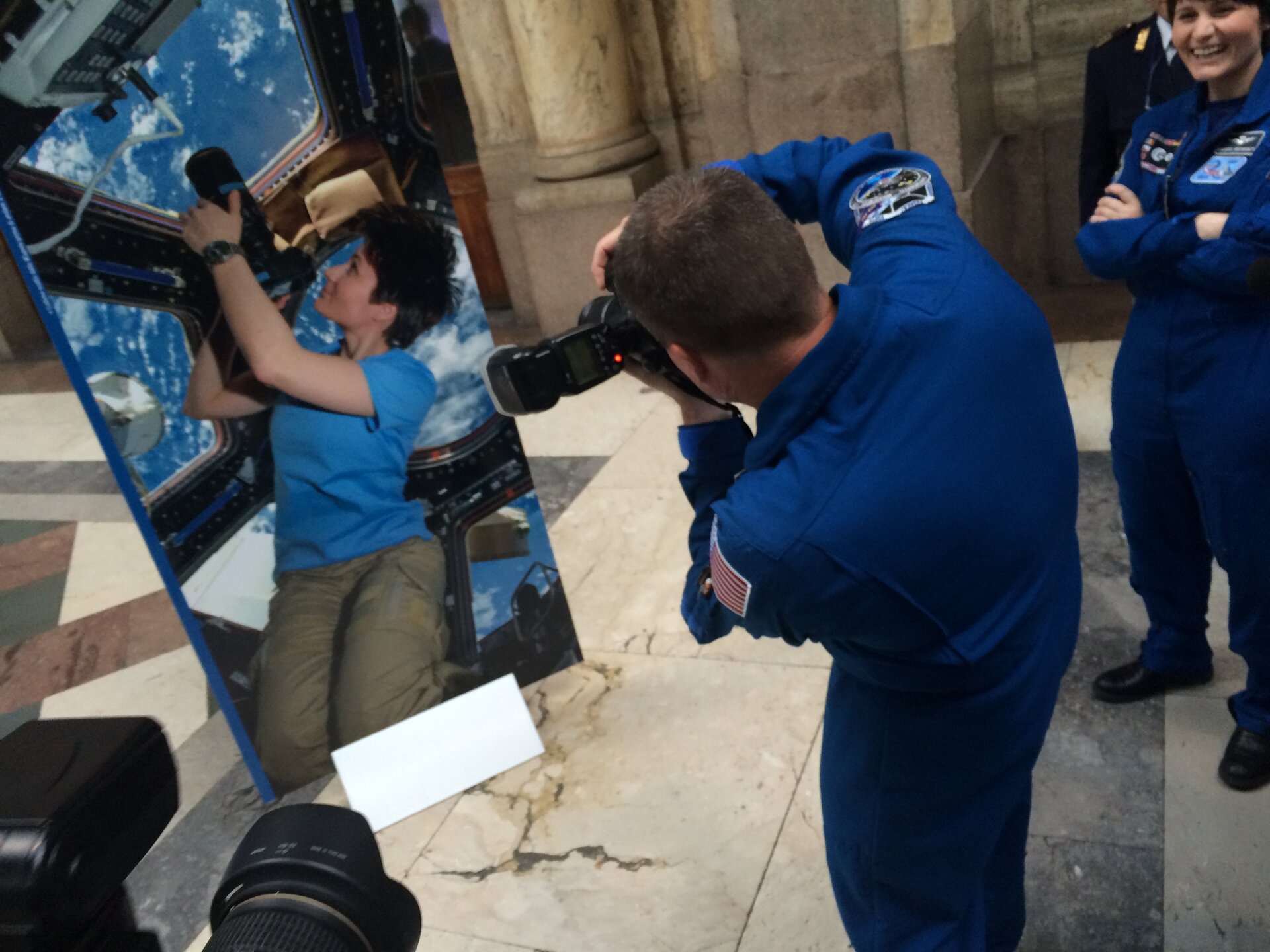 How did you take that picture?

Here, Terry is demonstrating to press at an exhibition in the Milan central train station how he took Samantha’s picture as she looked out of the windows of ESA’s Italian-built Cupola observatory on the Station. The train station exhibition is a collaboration with the Italian railways Ferrovie dello Stato.

Samantha flew to the International Space Station under an agreement between ASI and NASA. Her mission, called Futura, set a record for the longest mission for an ESA astronaut.

Read more about Futura and follow Samantha via samanthacristoforetti.esa.int.