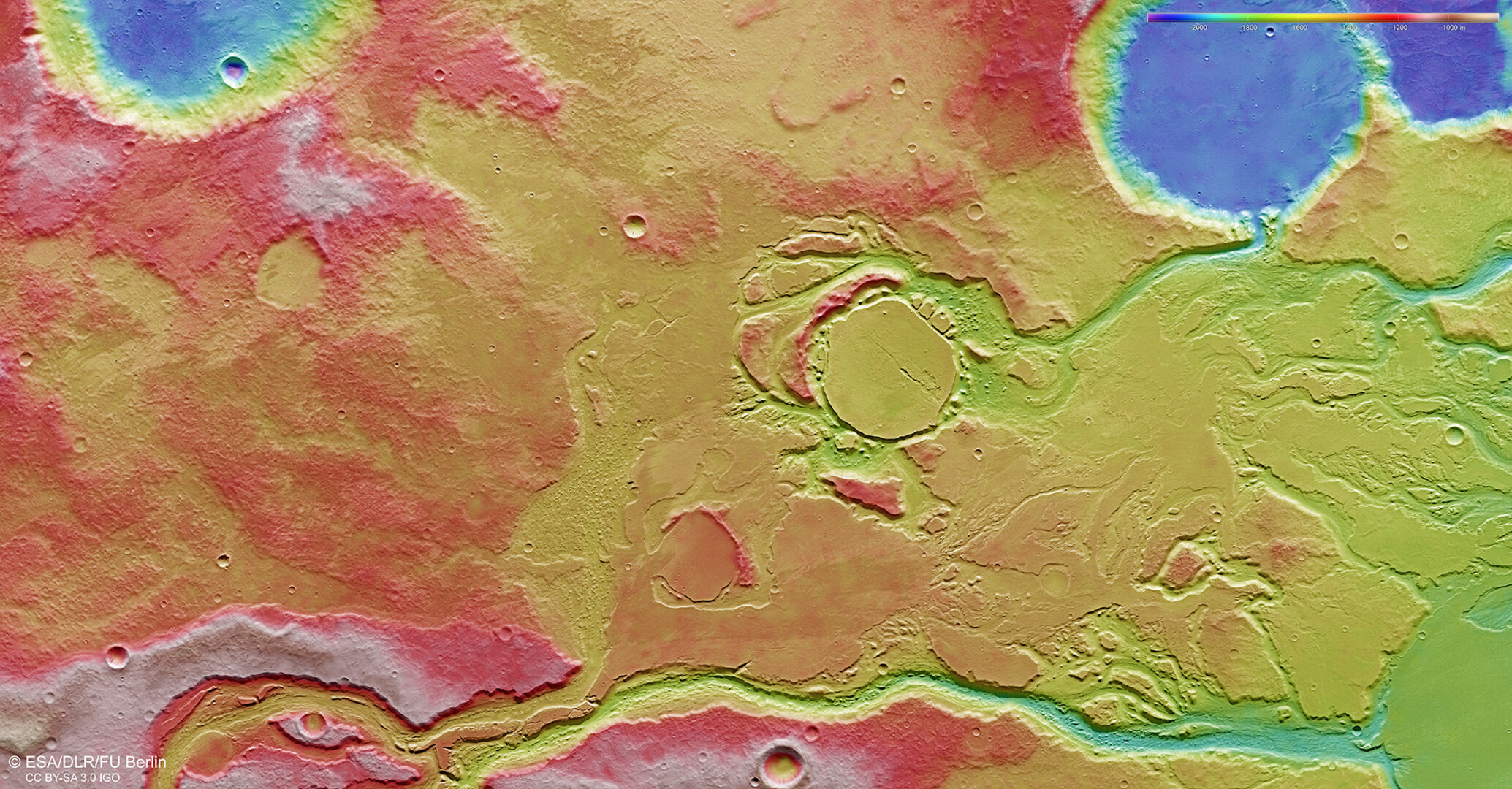 The digital terrain model is based on the data acquired by the High Resolution Stereo Camera on ESA’s Mars Express on 12 July 2015 during orbit 14622. The image is centred on 7ºS/208ºE. The ground resolution is about 16 m per pixel.

Copyright Notice:
Where expressly stated, images are licensed under the Creative Commons Attribution-ShareAlike 3.0 IGO (CC BY-SA 3.0 IGO) licence. The user is allowed to reproduce, distribute, adapt, translate and publicly perform it, without explicit permission, provided that the content is accompanied by an acknowledgement that the source is credited as “ESA/DLR/FU Berlin”, a direct link to the licence text is provided and that it is clearly indicated if changes were made to the original content. Adaptation/translation/derivatives must be distributed under the same licence terms as this publication.