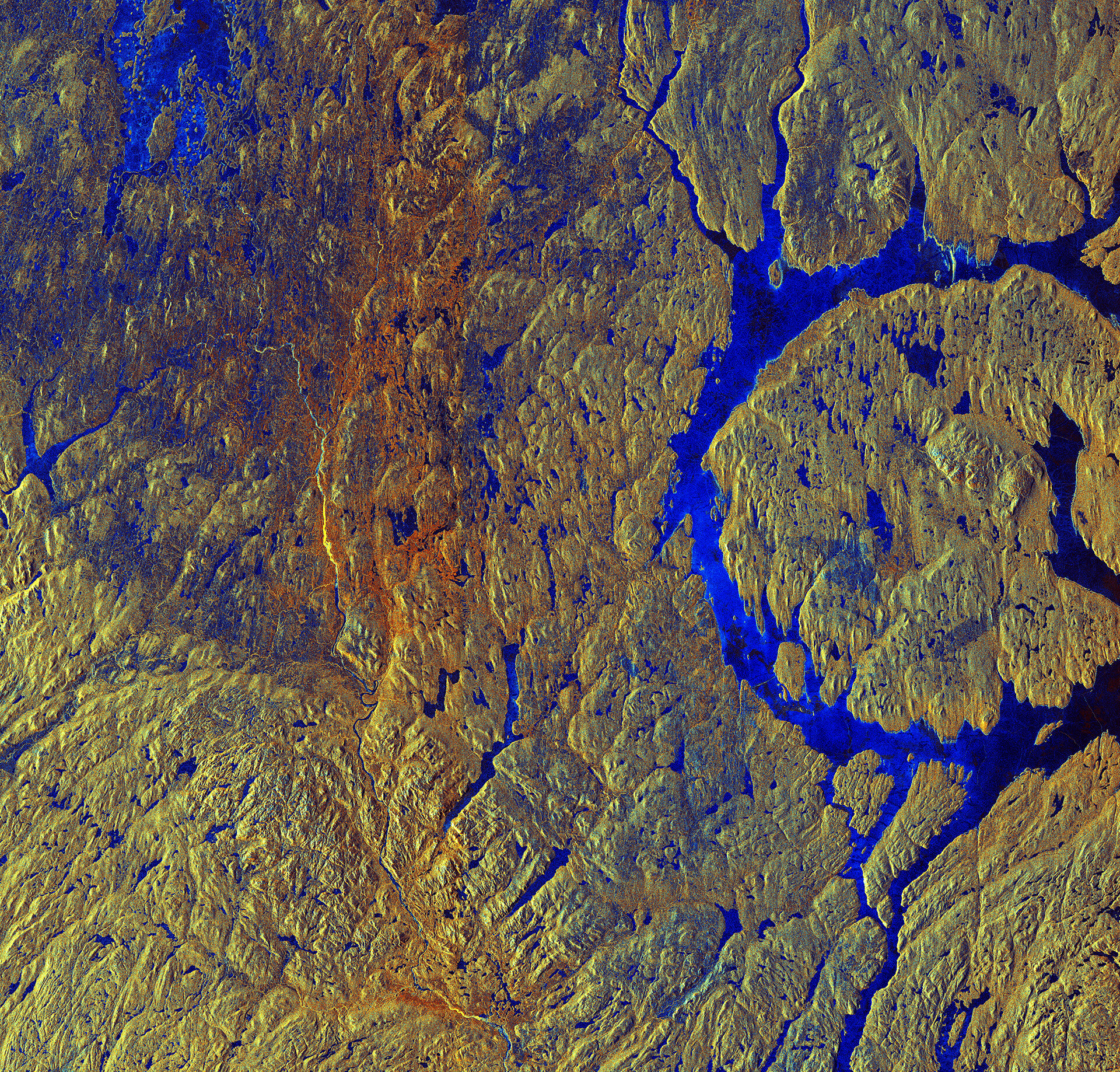 This false-colour image featuring the Manicouagan Crater was captured by the Sentinel-1A satellite on 21 March.

Carved out by an asteroid strike some 214 million years ago, this crater in Quebec, Canada is known to be one of the oldest and largest impact craters on the planet. Experts believe that glaciers have since played a large part in its erosion.

Its concentric structure results from the shock waves transmitted by the impact. These somewhat resemble the rings that form when a pebble is dropped into water. So big and distinct, the crater can easily be observed from space.

The multiple-ring structure is some 100 km across, with the 70 km-diameter inner ring its most prominent feature. The annular Manicouagan Reservoir lake stretches more than 550 km from the source of its longest headstream.

This image was taken by Sentinel-1A, illuminating the landscape with horizontal and vertical radar pulses, from which the artificial colour composite was generated.

Diverse colours highlight variations of land cover. The varying tones of the same colour represent a difference in the land’s condition. Hence, while the blue tones represent bodies of ice and some water, the yellow and orange tones denote ageing vegetation of different types, mixed with patches of snow and ice.

Sentinel-1A satellite has been in orbit since 3 April 2014. It is a polar-orbiting, all-weather, day-and-night radar imaging mission for land and ocean services.