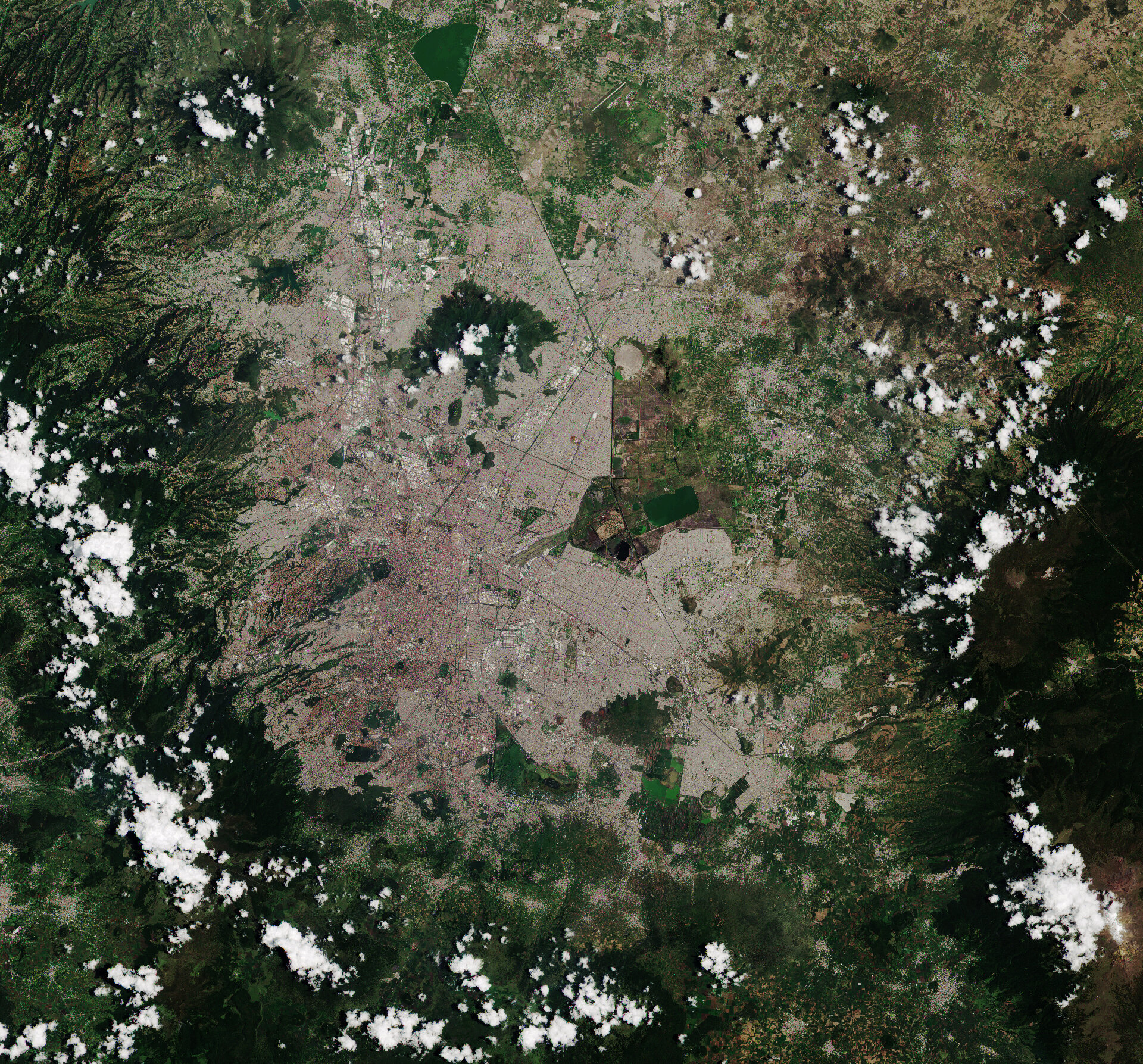 The brownish-grey patch in the right corner of the central part of the image is a flat area with some agriculture, criss-crossed by canals. Mexico International Airport is also visible, and further along the dark green rectangle is Lake Nabor Carrillo.

This is a reservoir, encompassing more than 14 163 ha, which is 41 times larger than New York’s Central Park.

Mexico City sits in the Valley of Mexico, also called the Valley of Anáhuac, a large valley in the high plateaus at the centre of Mexico, at an altitude of 2240 m. This valley is in the Trans-Mexican Volcanic Belt, which is at least 2200 m above sea level. Mountains and volcanoes surround it, with elevations reaching beyond 5000 m.

The city rests mainly on the heavily saturated clay of what used to be Lake Texcoco. This soft base is collapsing through the over-extraction of groundwater, and the city has sunk as much as nine metres in some areas since the beginning of the 20th century.

Clouds are scattered throughout the image, under which lie various national parks and some of the still-active volcanoes, such as Popocatépetl at 5426 m.

Launched on 23 June, Sentinel-2A is a polar-orbiting, multispectral high-resolution imaging mission for land monitoring to provide images of vegetation, soil and water cover, inland waterways and coastal areas. While supplying our planet with such vital data, it can also deliver information for emergency services.

Also featured on the Earth from Space video programme, this image was captured by Sentinel-2A on 6 August.