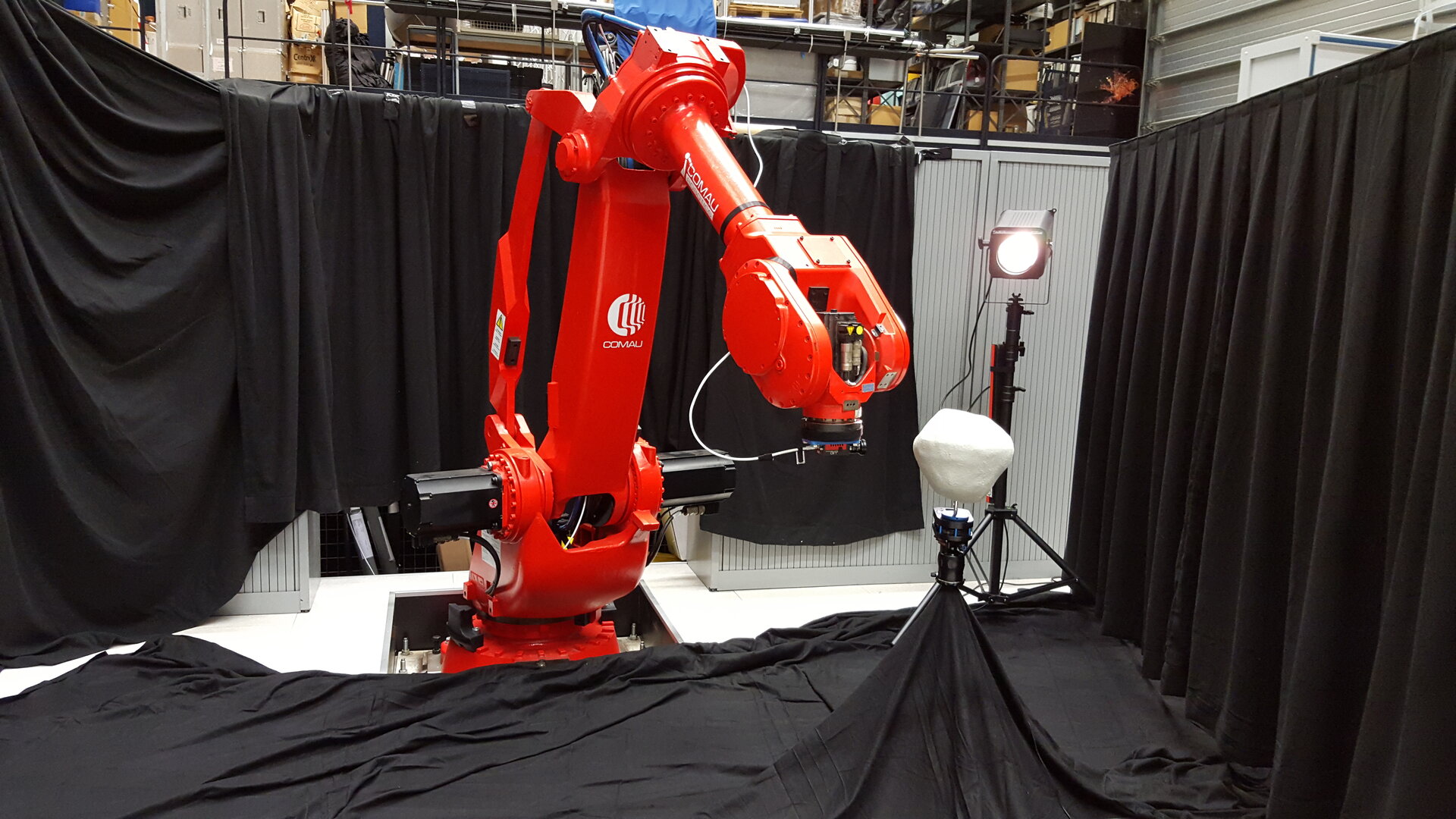 Preparing the practical test of the proposed Asteroid Impact Mission's navigation camera, which was one of the spectacles shown to the visiting public at the Sunday 4 October ESTEC Open Day.

The Comau robotic arm seen here is holding the navigation camera next to a spinning model of the Didymos double asteroid system, the target of the Asteroid Impact Mission (AIM).

The output of the camera was shown on screen as the robotic arm moved in three dimensions, simulating the movement of the AIM spacecraft relative to the two asteroids.

The experiment was performed by ESA's Guidance, Navigation and Control section and the Agency's Automation and Robotics section.