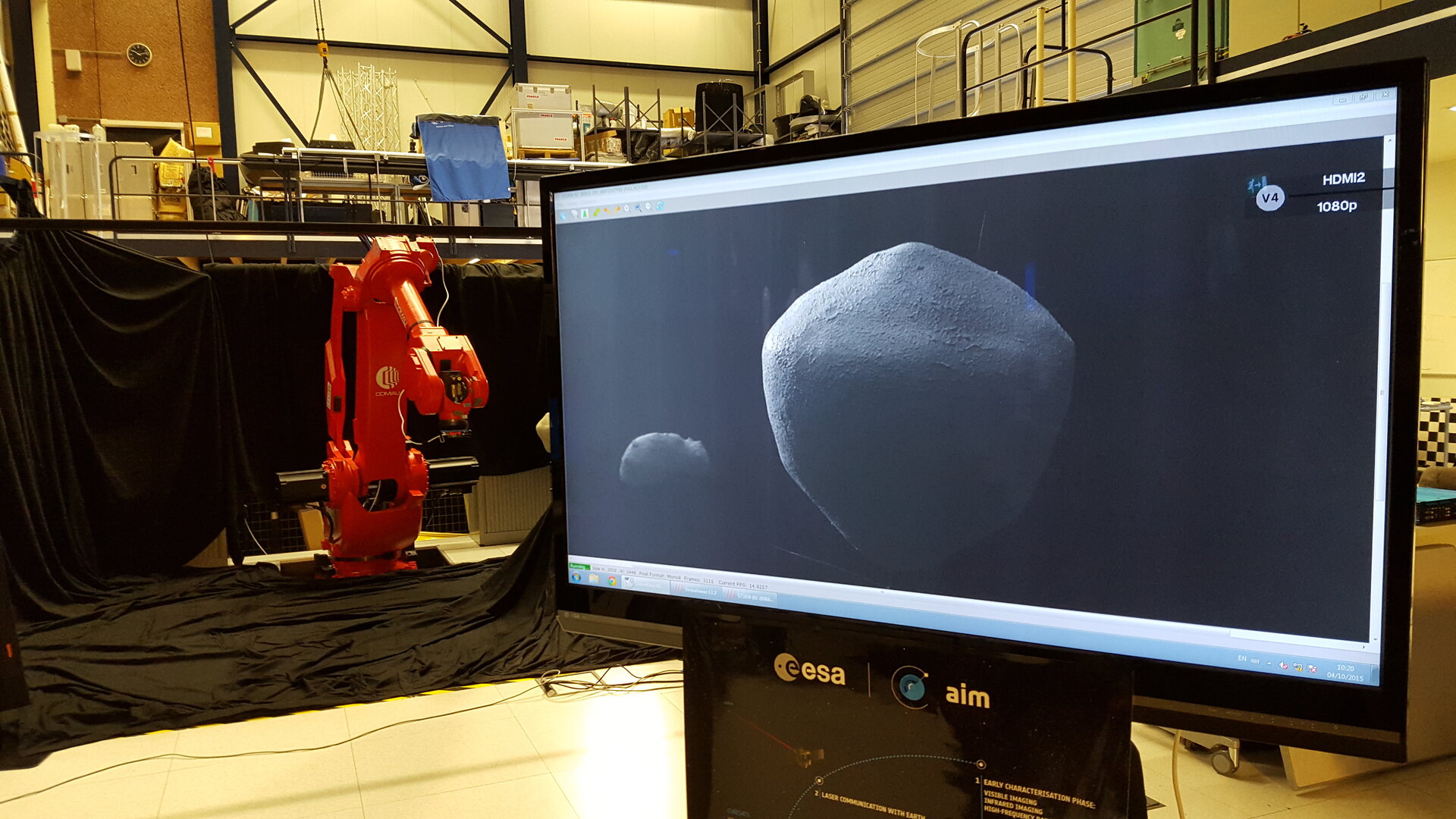 A practical test of the navigation camera planned to guide ESA’s proposed Asteroid Impact Mission around its double-asteroid target.

Many of the thousands of visitors to ESA’s ESTEC technical heart in Noordwijk, the Netherlands, last Sunday were able to see the simulation for themselves.

The red robotic arm seen left held the camera and moved it smoothly through three dimensions next to a spinning model of the Didymos asteroid system, destination of the candidate Asteroid Impact Mission (AIM).

The screen in the foreground depicted the camera’s eye view as it gradually came closer to the main asteroid. To see how the test worked in practice, click on this video clip.

AIM is a candidate mission currently under preliminary design, and set to be presented to ESA’s Council of Ministers in November 2016 for approval.

With a planned launch window opening in October 2020, AIM would be humanity’s first mission to a double asteroid, putting down a lander on the smaller body.

Sunday's experiment was performed by ESA's Guidance, Navigation and Control section, in cooperation with the Agency's Automation and Robotics section.