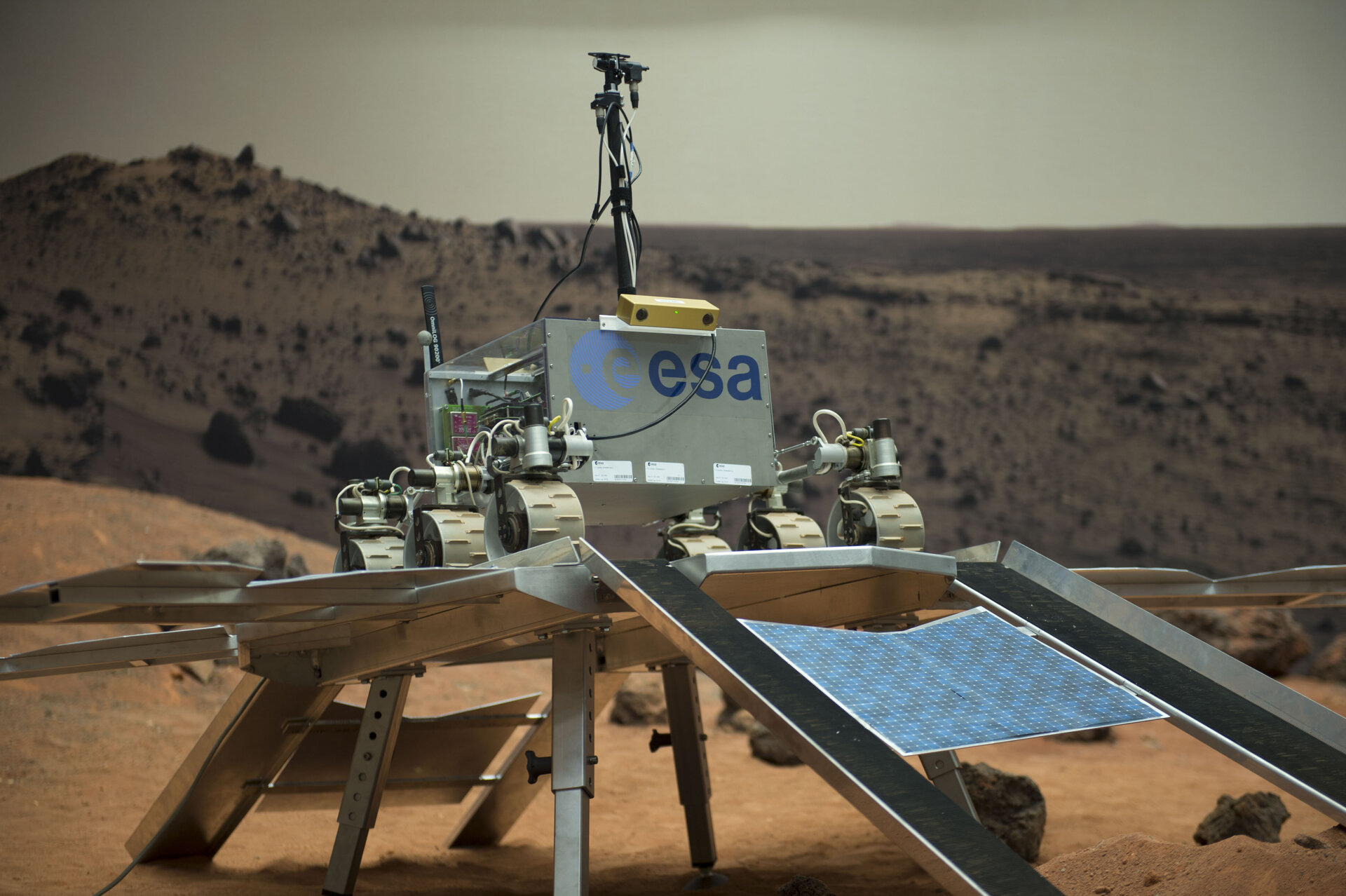 One small step for a robot: getting a robotic rover off its lander will be the next most nerve-wracking moment for Europe’s 2018 ExoMars mission after landing.

This week a simulation stretching between France and the Netherlands will let ESA’s Planetary Robotics Laboratory test such an ‘egress’ scenario.

A half-scale model resembling the ExoMars lander with a rover prototype resting upon it will sit somewhere in the sprawling outdoor Mars Yard in the Toulouse site of France’s CNES space agency, while its operators will be working from ESA’s ESTEC technical centre in Noordwijk, the Netherlands.

They will only be around a thousand kilometres away, rather than the upwards of 50 million km for the actual mission, but the ESTEC team – from ESA, Thales Alenia Space and Altec – will be receiving only limited information to guide them: still images and telemetry from the rover and lander.

The biggest decision of all will be which direction to drive – forwards or backwards. The lander has two sets of tracks for the rover to descend in case one side is blocked by the Mars-like terrain.

The ESTEC people will have no knowledge of the lander’s precise placing within the sandy, boulder-littered 80 x 50 m Mars Yard in Toulouse.

The aim is to perform up to four separate egress simulations over the course of Wednesday and Thursday, although the weather is an uncertainty for the outdoor Mars Yard. Follow the test campaign at @ESA_Tech on Twitter with the hashtag ‘#RoverEgress’.