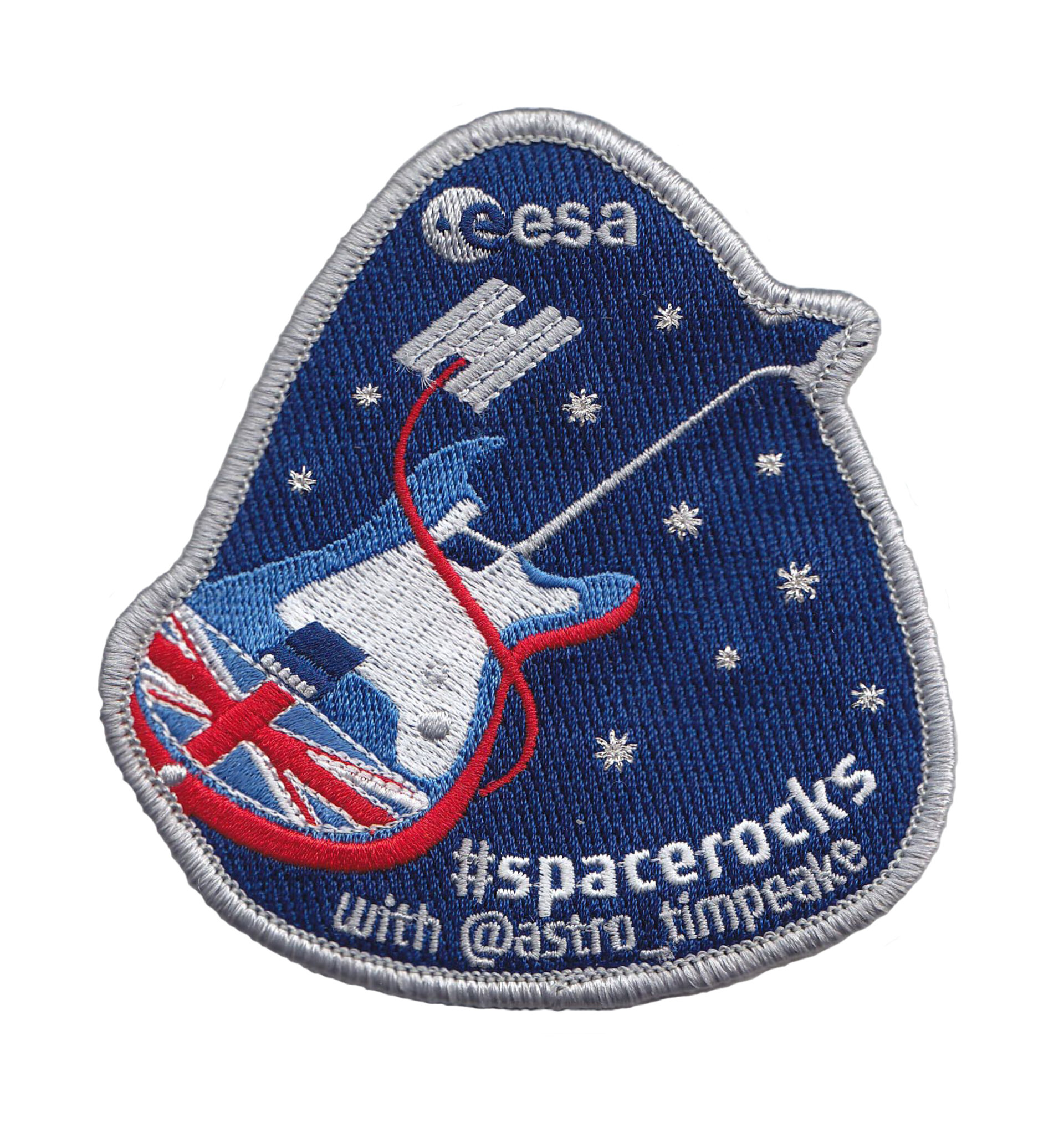 One of 75 #spacerocks patches that ESA astronaut Tim Peake will take to the International Space Station on his Principia mission from December 2015 to May 2016.

On his five-month flight, Tim will be taking a selection of his favourite music for off-duty relaxation, but he’ll be doing something a little different with it. Listening to music while exercising, reading or just looking down at Earth from Cupola, Tim will tweet lyrics from songs on his personal playlist. If you can identify the song and artist, you can win a prize: a limited edition ‘flown in space’ patch, specially created for this competition.

For more information about the competition visit the Principia website.

The exclusive #spacerocks patch was specially produced for ESA by Lucreation, Netherlands. It shows an electric guitar, bearing a Union flag, with its lead originating from the International Space Station. The ten stars are grouped in a four and a six, representing Tim's membership of Expedtion 46. It bears the ESA logo and the hashtag #spacerocks with Tim's Twitter name.