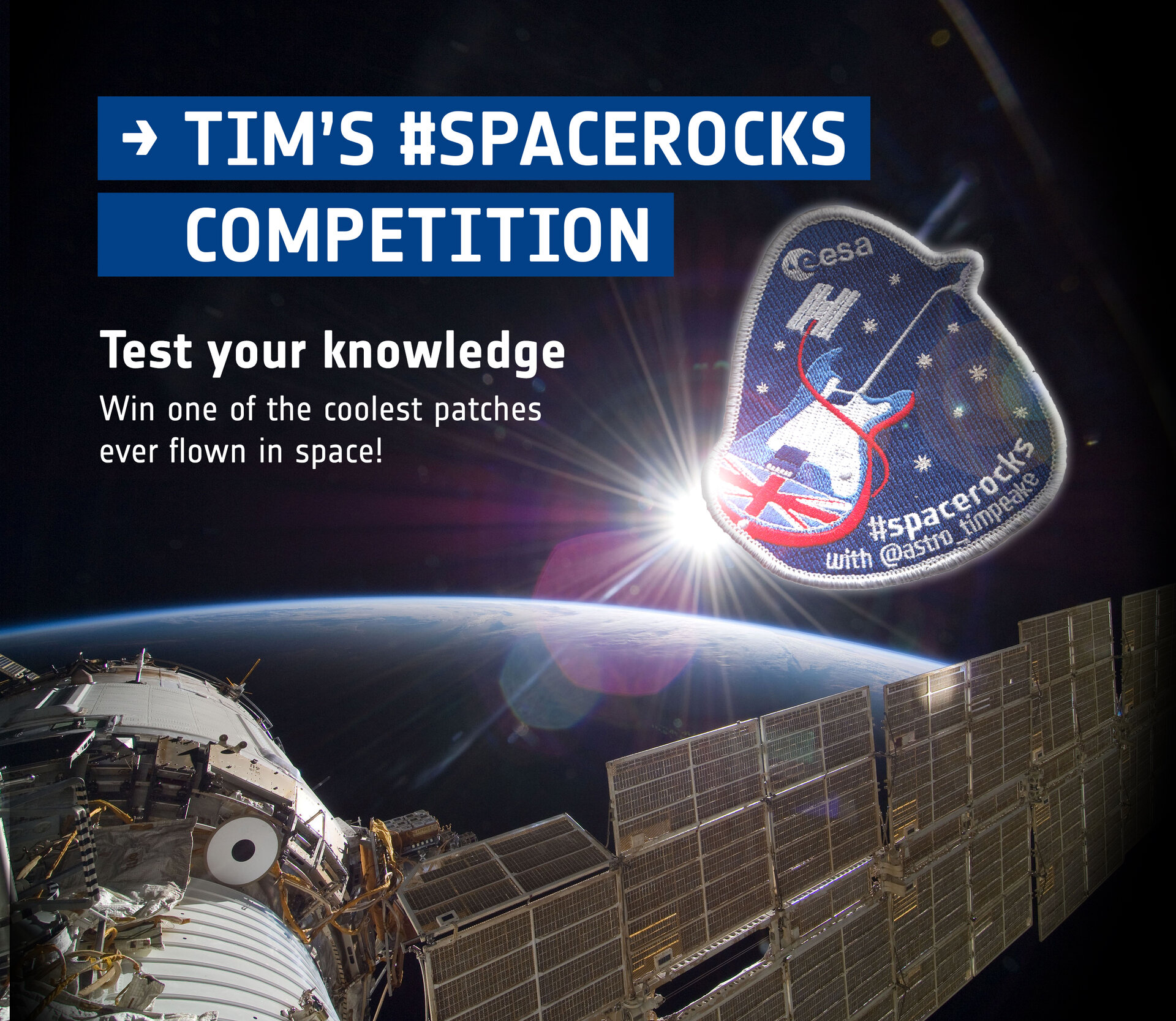 ESA astronaut Tim Peake's #spacerocks Twitter-based competition is one of the most exciting competitions ever to be held in space. Tim is taking with him 75 of the coolest patches EVER flown in space, and one of them could be yours. A few times each week, Tim will tweet lines from the lyrics of his favourite songs. The first person to reply to each tweet with the correct song title and artist goes down in history as the proud owner of an exclusive ESA #spacerocks FLOWN patch. Simple as that, but don't forget to include the hashtag #spacerocks in your reply.

He'll have the help of some very special guest ‘crew members’ along the way: it's amazing how much space has influenced music over the years and how many singers and musicians are space fans. Tim has already received several messages of support from some of his favourite artists, so keep watching the ESA Principia website for more updates: www.esa.int/principia