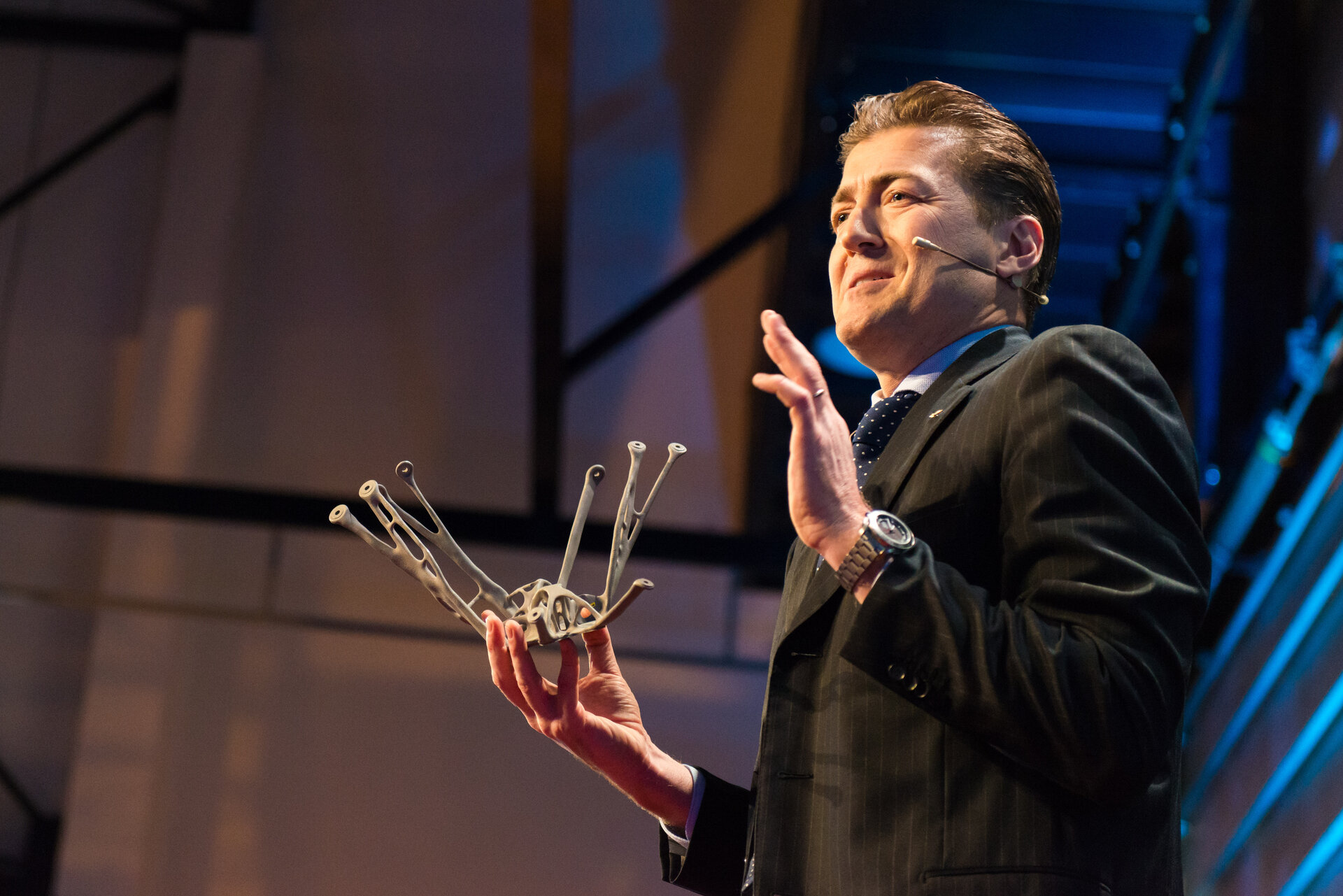 What might almost be an alien lifeform being shown by ESA materials specialist Tommaso Ghidini during his TEDxESA talk on 3D printing for space.

In fact, what he termed a ‘bionic’ part is an example of a 3D-printed bracket for a satellite, designed in a new way.

Software allows designers “to put material where the loads are, like Mother Nature does”. The resulting items can be lighter and better-performing, while often weirdly organic in appearance – because they are following design rules similar to biological evolution.

Tommaso spoke about the various ways ESA is researching 3D printing for space, including the idea of one day printing a Moon base. A 1.5 tonne block produced from simulated lunar soil was unveiled on stage.

For those who missed it, follow the @TEDxESA Twitter feed, as the speaker videos are made public in the weeks and months ahead.