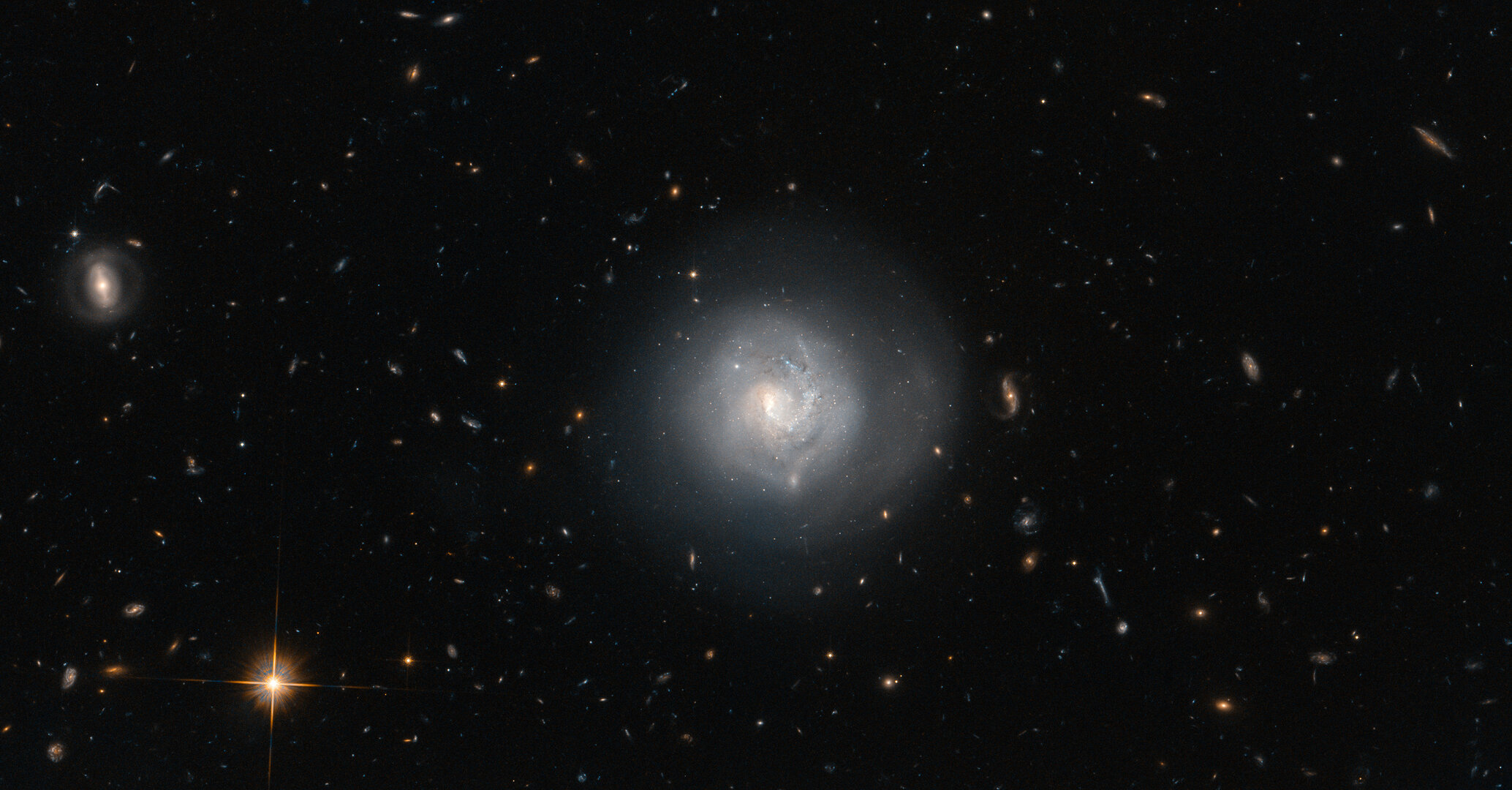 At the centre of the tuning fork

This galaxy is known as Mrk 820 and is classified as a lenticular galaxy — type S0 on the Hubble Tuning Fork. The Hubble Tuning Fork is used to classify galaxies according to their morphology. Elliptical galaxies look like smooth blobs in the sky and lie on the handle of the fork. They are arranged along the handle based on how elliptical they are, with the more spherical galaxies furthest from the tines of the fork, and the more egg-shaped ones closest to the end of the handle where it divides. The two prongs of the tuning fork represent types of unbarred and barred spiral galaxies.

Lenticular galaxies like Mrk 820 are in the transition zone between ellipticals and spirals and lie right where the fork divides. A closer look at the appearance of Mrk 820 reveals hints of a spiral structure embedded in a circular halo of stars.

Surrounding Mrk 820 in this image is good sampling of other galaxy types, covering almost every type found on the Hubble Tuning Fork, both elliptical and spiral. Most of the smears and specks are distant galaxies, but the prominent bright object at the bottom is a foreground star called TYC 4386-787-1.