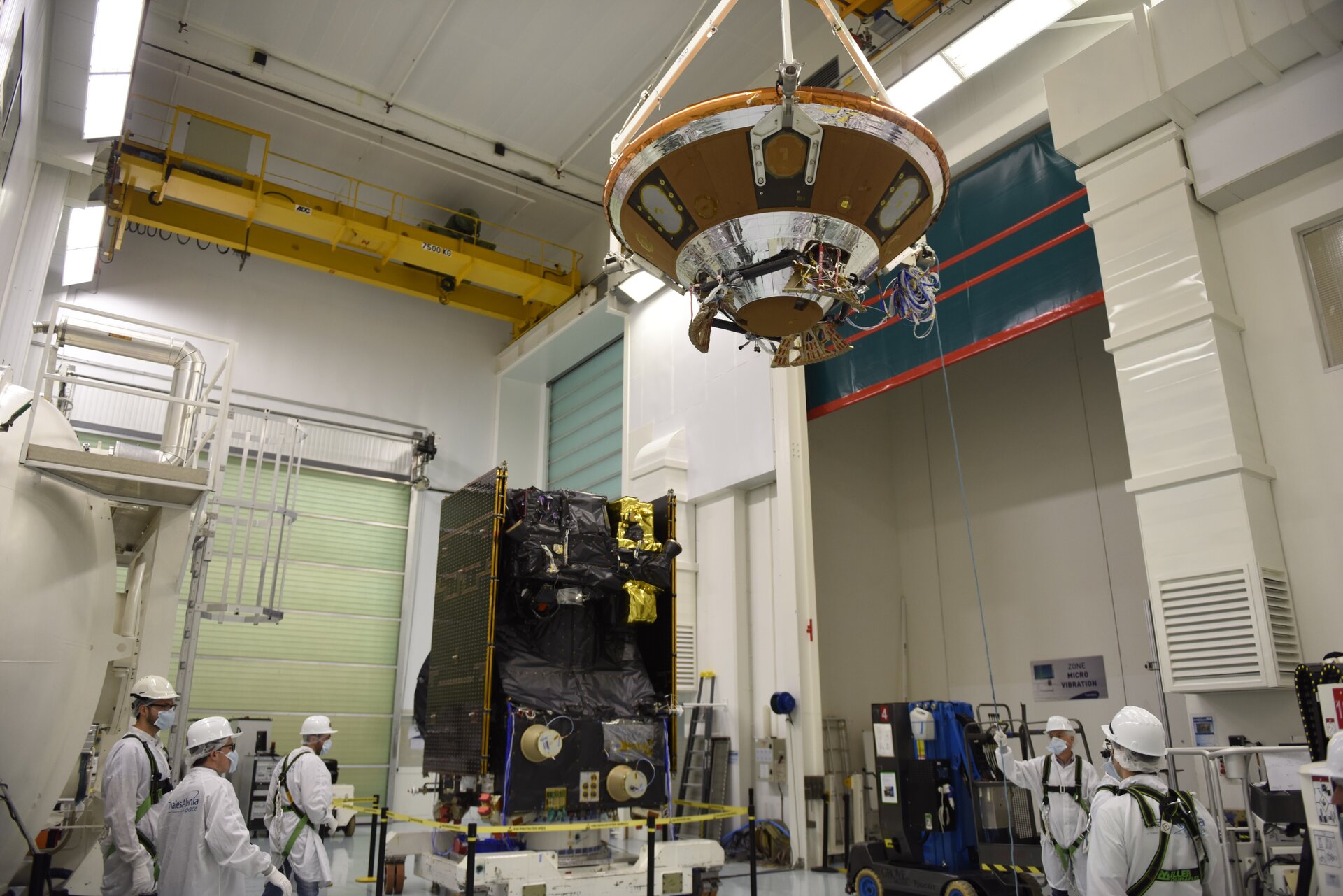 EDM module being installed at the top of the TGO

Schiaparelli, also known as the ExoMars Entry, descent and landing Demonstrator Module is seen here being installed at the top of the Trace Gas Orbiter, at Thales Alenia Space, in Cannes, France, on 25 November 2015.