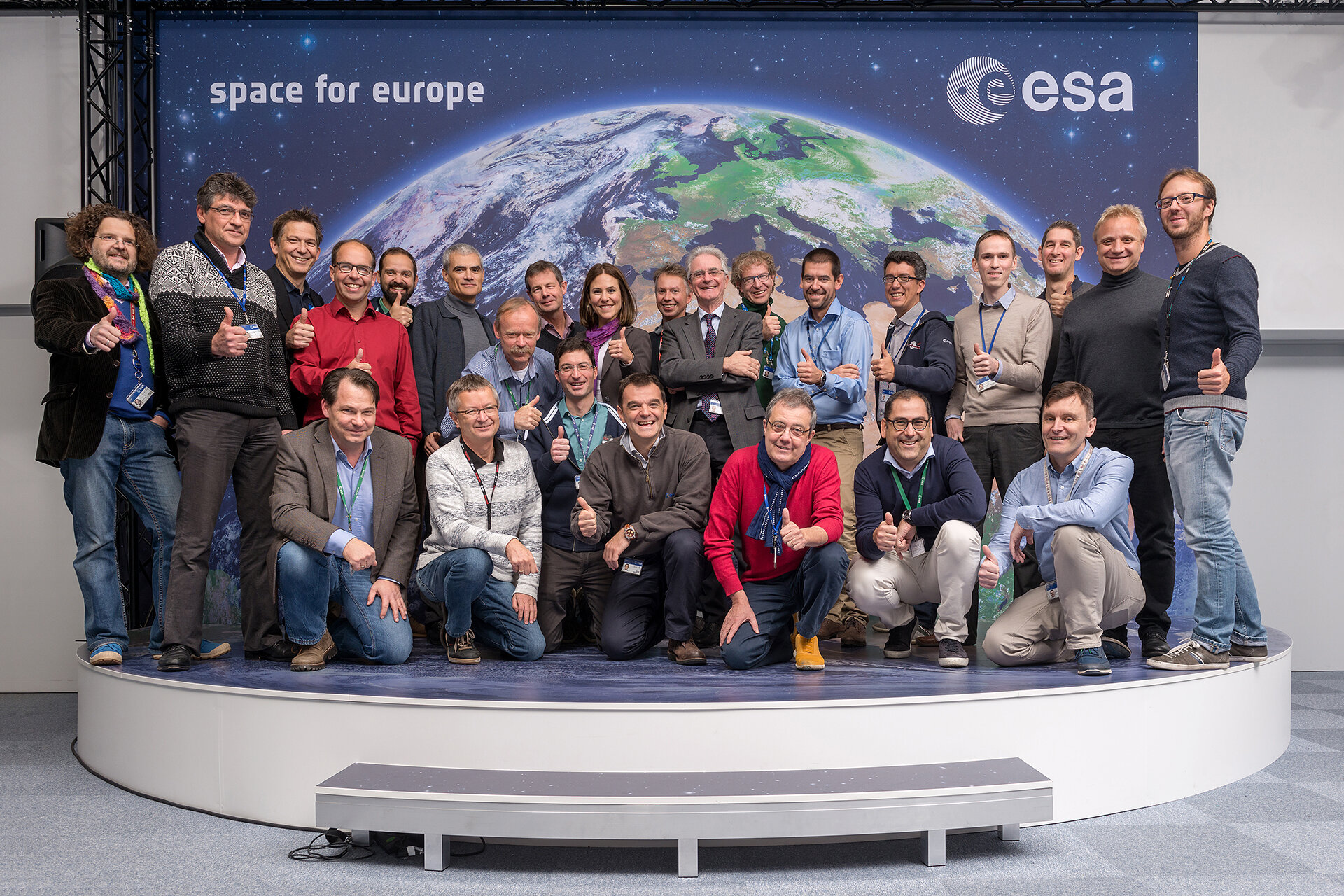 They have a passion for space and are some of the best engineers anywhere, conducting flight operations for exploration, technology and Earth missions worth billions of euros. Above all, ESA’s flight directors and spacecraft operations managers are team leaders, working to motivate people and manage complex systems on the cutting edge of exploration.

This photo, taken 2 November, shows 25 of the 40 spacecraft operations managers and flight directors assigned to missions this year. Those not present were away on duty travel, working off site or overseeing live operations or simulation training.

At the moment, ESA’s control centre in Darmstadt, Germany, is seeing a historically intense pace of flight operations. There are four training campaigns in progress for Galileo-11/12, LISA Pathfinder, Sentinel-3A and ExoMars to prepare teams for upcoming launches, while flight operations for 15 satellites plus three more controlled from ESA’s Redu Centre in Belgium continue.

The launch and operation of any ESA mission requires a multidisciplinary ‘team of teams’ working across the agency and supported by industry and academia. However, it is the spacecraft operations manager, the ubiquitous SOM, who is immediately responsible for day-to-day flight activities, planning and execution, and for solving the myriad problems that inevitably arise when complex satellites voyage into space.

An SOM is assigned to each current and upcoming ESA mission, and his/her first task is to build the Flight Control Team, comprising spacecraft engineers and technicians who specialise in each of the mission’s technical areas, including attitude and orbit control, power and thermal and onboard computer systems.

The Flight Control Teams are supported by experts working in areas such as flight dynamics, software and ground tracking stations.

Teams are multidisciplinary and multicultural, and provide oversight for their missions 24 hours per day, 365 days per year.